Losing a pet is as heartbreaking as losing a close family member. When Emma McNully’s beloved pup suddenly passed away, not only was she faced with the tragic loss of her dog, she was fired when she was unable to show up for her shift at work later that day.

A little compassion can go a long way but that is not what Emma experienced when faced with the painful loss of her 14-year-old dog, Milly. When Milly passed away, Emma and her family were understandably overcome with grief.

Emma was sick in her sadness over the passing of Milly. She knew that she would be unable to work her shift at a shop in Scotland later that day. Being responsible, she messaged her manager and explained that her family dog had just passed away. She told her manager that the loss was significant and that she was so upset that she was too sick to work.

Emma and her family needed some time to grieve together but rather than receiving any understanding or compassion from her manager, she received multiple messages informing her that if she didn’t find coverage for her shift, she would face disciplinary action.

Her manager made it clear that she was unwilling to give her any time off and that she didn’t view Milly’s death as a significant loss. In the midst of her pain, Emma had to try to find someone to cover her shift. She was unsuccessful and later that day received another blow. Her manager sent her an email firing her. Emma said:

“I think it’s disgusting how some companies think it’s acceptable to treat someone in this way with no remorse, as a family pet has just as much importance as a human family member.” 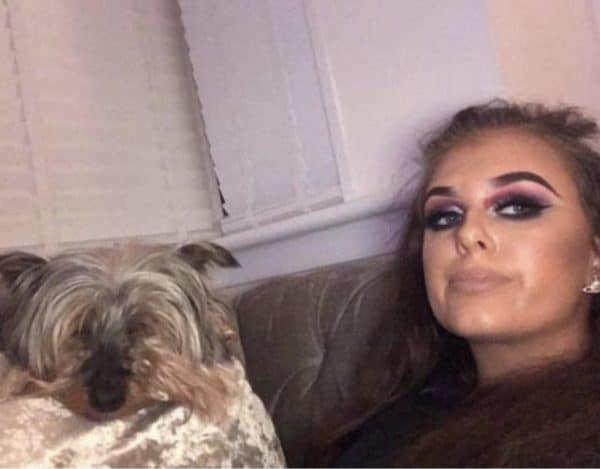 Emma has taken this horrible experience and began to advocate for people dealing with the loss of a pet. She has vowed to make a change and is now fighting for the rights of employees to be able to grieve their pets without the threat of repercussions, including being fired.