You may remember seeing the photo several years ago. There’s a man with long, graying hair floating with his Shepherd mix sleeping in his arms and with his head on the man’s chest.

Here’s the story behind that photo.

John Unger adopted Schoep as a puppy. 19 years later, the elderly dog was suffering from arthritis and hip dysplasia. Unger realized that taking the pressure off of Schoep’s joints by floating with him was the best way he knew to provide his  beloved fur child with pain relief. 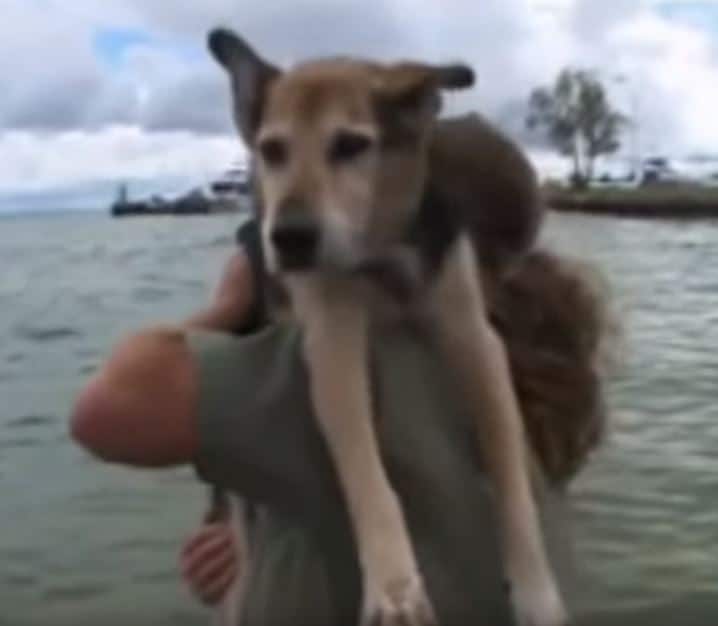 A friend of Unger’s took a photo of the two of them, and it quickly made its way around the world.

Once that photo became viral, their story made the news. Donations started pouring in from around the world, which allowed Unger to pursue other methods of pain management that gave him another year with his beloved Schoep.

Even though Schoep is gone now, the love behind that photo can be felt around the world.

Be sure to spread that love by sharing this video with your friends and family!

« Husky Argues With Mom About Eating The Couch
Pitbull Alarm Clock With A Snooze Feature Will Have You Rolling! »