No one knows how this sweet little pup ended up near death in a canal in Indonesia. She might have been passed by since she appeared so lifeless but one kind soul stopped to take a closer look. When he saw signs of life, he immediately tried to save her.

The homeless white dog presumably fell into a canal and was swimming for her life when she was finally able to pull herself on a slab of concrete. Exhausted and injured, the soaked pup lay on the slab, her only hope of survival was being rescued by a stranger.

A man passed by and noticed her there. At first it appeared that she may already be dead but then he saw her back legs were shaking so he knew he had to try to save her. 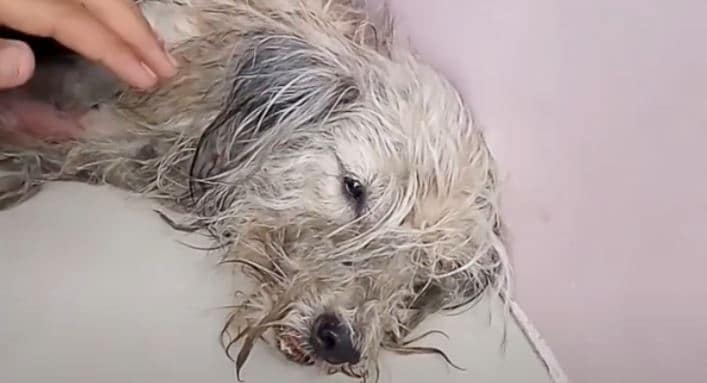 He looked around and found a ladder suitable for reaching the canal. He made it to the slab and when he got closer, the sight nearly broke his heart. Not only was the dear pup hurt, she was also nothing but skin and bones.

She was in bad shape and nearly lifeless when, with the help of a friend, he carried her from the canal. Once in his care, he tenderly dried her off then took her to the vet for medical care.

The dog was so weak she was unable to raise her head or eat on her own so she was fed with a syringe, given fluids, and her wounds were treated. When she was strong enough, she was taken to a shelter, where she was nursed back to health.

With help from loving strangers, Donna as she was named, slowly began her road to recovery and began to eat on her own. Each day she got a bit stronger. The little fighter was not giving up!

Finally she was well enough to join the other dogs and began to run and play. She is a survival miracle and when the time is right, will be placed in forever home thanks to the kindness of animal lovers. 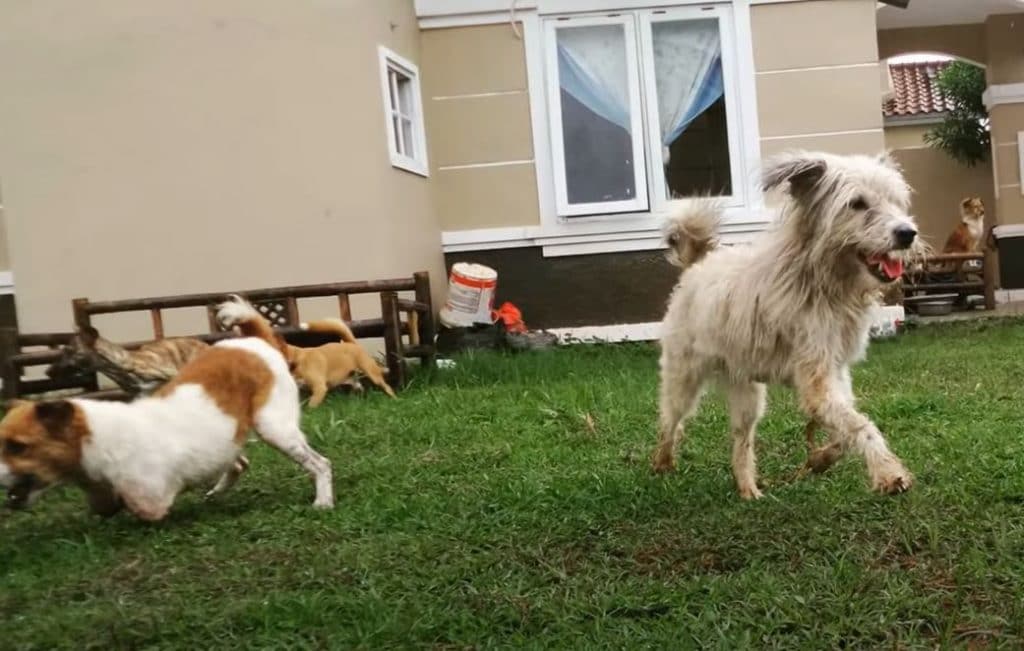 Please share her story with your family and friends.