At 6-years-old, there was one thing that this Springfield, Illinois boy named Xander Mellor wanted more than anything else, which was a puppy.

His desire for a dog of his own was so strong; he started saving up all the money he could find. For eighteen months, he saved. He had even given up buying himself treats and other goodies, rather saving every penny in his change jar.

Each night he’d ask his mom, Natalie Ellenburg, for her spare change and put whatever she would give him toward his puppy savings. He was determined to save enough to make his puppy dreams come true.

Eventually his grandparents became so touched by his endeavor that they planned a trip to see him and brought with them a very special surprise! 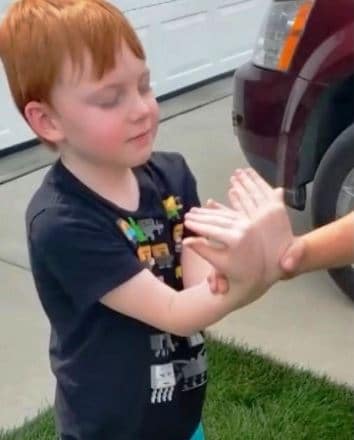 When his grandparents arrived mom sent him out to greet them and then he was asked to close his eyes for his surprise. Excited he reaches out his arms and grandma tenderly placed an adorable puppy into them. 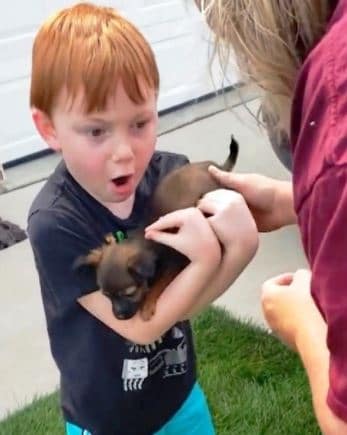 Shocked and delighted, Xander’s expression is priceless before he dissolves into tears of joy. The sweet kid is simply overcome with emotion. Finally, he says that he loves his puppy and the joy is evident on his face. 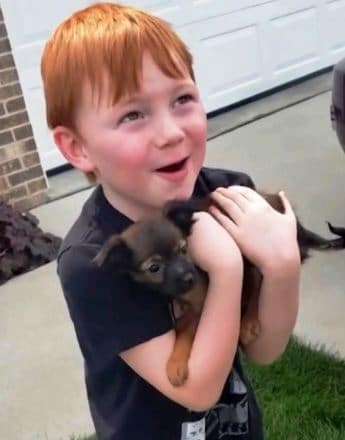 These grandparents certainly made this little boy’s dream come true. No doubt, this lucky pup has found a loving home and become Xander’s best friend. 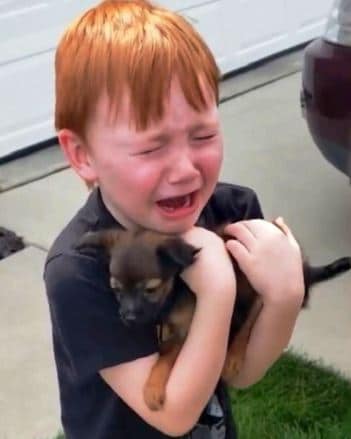 Please share with sweet story with your family and friends.