Pit Bull Dies After Protecting Two Children From A Coral Snake Bite This hero was still a puppy. Our hearts break for this family over the loss of their dog.

The Richardson family from Sumter, County Florida is grieving the loss of their beloved pit bull this week after the dog protected their two children from a coral snake. 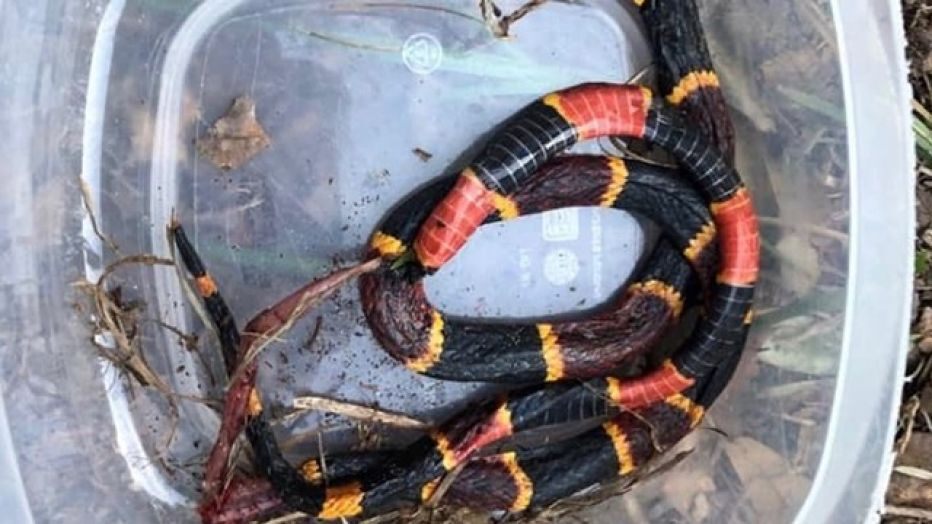 The kids were outside cleaning their dog, Zeus’ water bowl, when the coral snake approached.  The kids didn’t see the snake but it was on the ground near their son.  Zeus did see the snake and quickly sprung into action, attacking it to protect the children.

“All of a sudden, he started attacking the snake which was close to my son and he was bit four times,” Gary Richardson reported to Fox7 News.

After the bite, Mr. Richardson said, “I knew when he first came in that something was wrong and (it) was very traumatic because I knew he was dying.”

Zeus was rushed to an emergency vet in Ocala for treatment of multiple snakebites and the family was very hopeful he would respond to the antivenom and survive.  However, despite all medical efforts, tragically the brave Zeus passed away the next day. 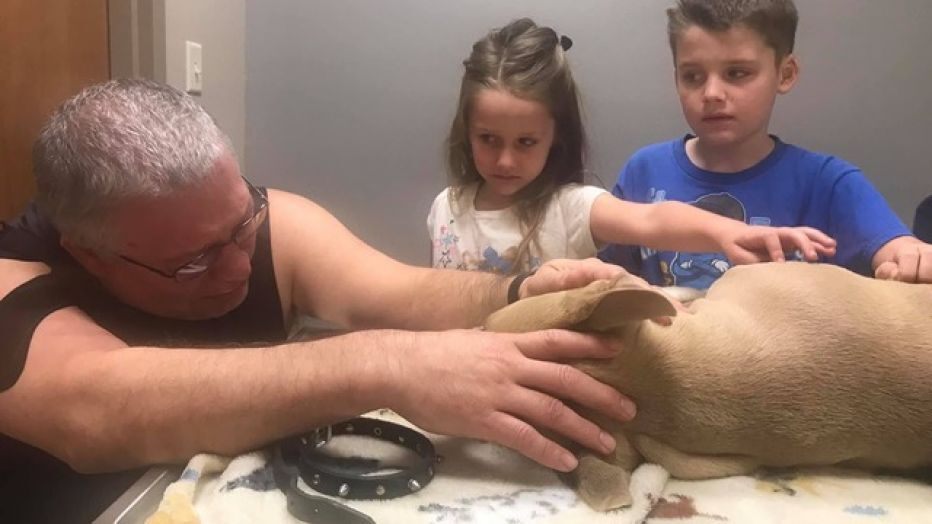 “He’s been a member of the family,” Gina Richardson said. “It just killed us. We just knew the antivenom was going to work.”

Zeus was not even a year-old, he was born last January.  Despite his young age, he had a huge heart and was a dearly loved member of the family.

However tragic his short life ended, he will always be remembered as a hero for protecting his family.  We are thankful that this story didn’t have an even worse ending and that the children are safe. 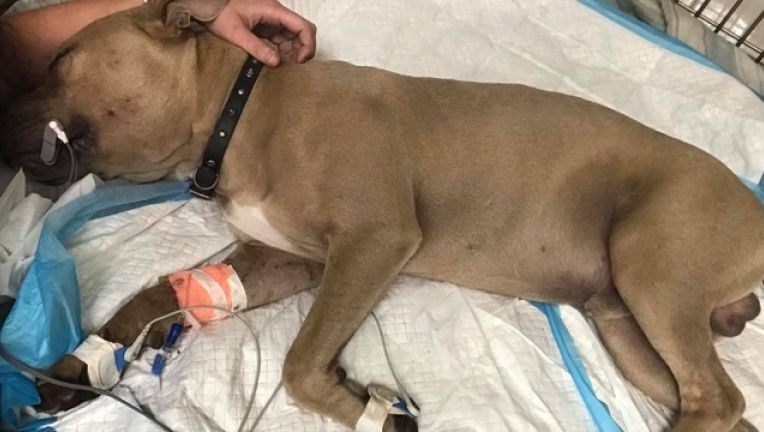 Coral snakes are known to live in the Southern United States, including Florida.  They are known for their bright red and yellow with black bands.  The normally shy snakes are dangerous members of the cobra family.  Their bite contains a neurotoxin that can be serious, even fatal.  The snakes are sometimes confused with king snakes but this simple rhyme can help you identify whether the snake you see is friend or foe:

‘If red touches yellow, it can kill a fellow’ (Coral Snake)

‘If red touches black, it is a friend of Jack’ (Kingsnake or Scarlet Snake)

Please share the story of Zeus with your family and friends.

Previous Article
Tortoise Burned In Fire Gets Second Chance At Life, Receives Worlds First 3D Shell
Next Article
Little Boy Expected To Never Walk, Beats Odds With His Dog At His Side

Little Boy Expected To Never Walk, Beats Odds With His Dog At His Side
C. Olmstead October 4, 2019
PRIVACY POLICY | CONTACT US | Dog Dispatch ©All rights reserved.