Rocky Kanaka is a super cool guy known for giving adoptable dogs the best day ever in hopes of helping them find their forever homes.  In this video, he knocks it out of the park when he takes this special dog on a shopping spree.

Meet King, who was once an abandoned dog that was hit by a car and subsequently rescued by Marley’s Mutts, who provided his veterinary care.  Despite all their heroics, there was nothing they could do to save King’s front leg and he had to have it amputated.

Once King was better, he was taken to Marley’s Mutts’ ranch where he was put up for adoption.  Time passed but no one stepped forward to rescue King, most likely due to his physical disability and that he is an older dog.  Despite that, King is adorable and has lots of love to give and miles to travel with a new owner.

When Rocky Kanaka heard about King’s plight, he stepped in to help him find a home and give him his first experience as a pampered pup.  What was his special Dog’s Day Out adventure?  A shopping spree at Petco! 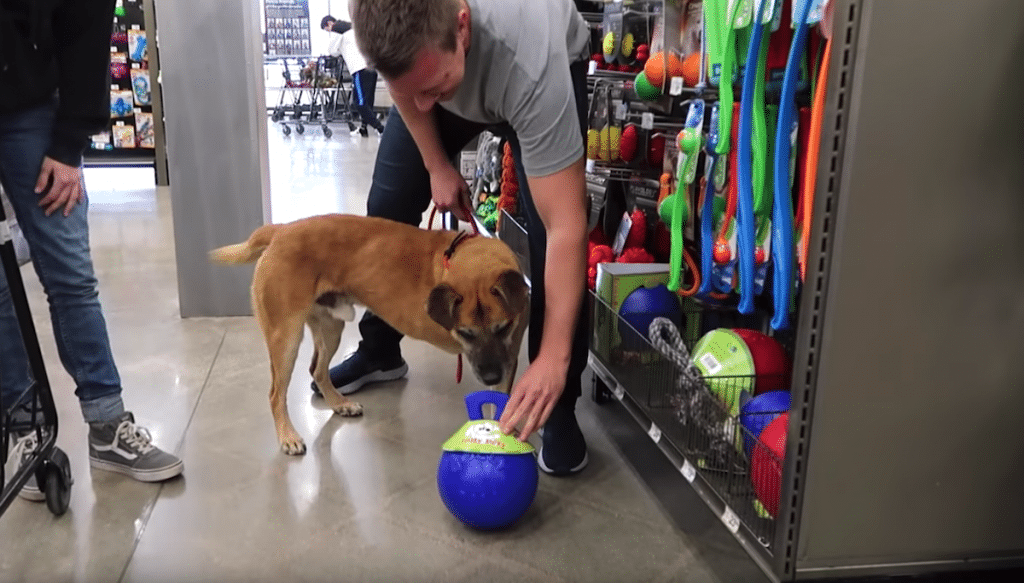 The rules for King’s shopping frenzy were pretty basic – Rocky would buy King anything he touched (except live hamsters, of course).  When they got to the store, King was super excited.  He had never been to a pet store before, played with a toy, or picked out yummy treats.  This was a huge day for the pup.

Up and down the aisles King shopped.  He had to learn what a toy was but quickly discovered the aisle with the tastiest treats.  He snuffled bags of goodies, crunchy chews, canned food, and toys…all got piled into his cart. 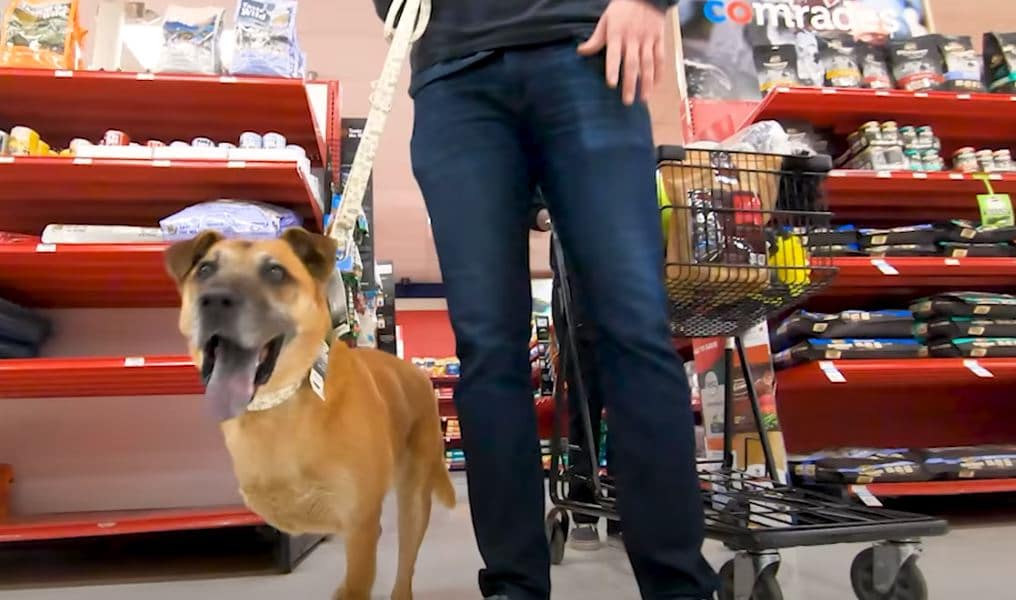 Nothing was off limits (expect the dental chew aisle King didn’t find appetizing).  But Rocky was true to his word and even bought King a giant cat tree that he sniffed, even though there was no way it was fitting into the cart.

King had a great time picking out a bag of food, his first balls, and even a ball launcher.  It warms the heart to see him being able to enjoy the things that other dogs take for granted.

UPDATE: After seeing the original video, an awesome lady named Crystal fell in love with King and adopted him! Before she picked him up, Rocky took him on one more shopping spree. You can see his excitement as he picks out all his goodies.

When King goes to meet his new owner, he goes right up to her like he knew her all along. Now he will have many new adventures as he travels the country with his new mommy.

We are so happy to see that King was adopted and is living his best life! Please pass on his great story to your family and friends.