Nanaimo, British Columbia is home to the Herman’s. Recently, Mr. Herman was leaving the pool when he heard an alarming sound that got his attention. When he investigated, he found a car with the horn blaring throughout the parking lot. At first, he started to shrug it off, but the sound didn’t stop.

He wanted to make sure that everything was okay. So, he looked around until he could find where the sound originated. That’s when he saw something quite unexpected: a dog was sitting in the front seat of an SUV pressing on the horn.

Mr. Herman immediately turned his phone camera on to capture the hilarious moment. He zoomed in on the dog’s face. Even the dog looked annoyed! The man did try to stop the pooch, but it did not work. 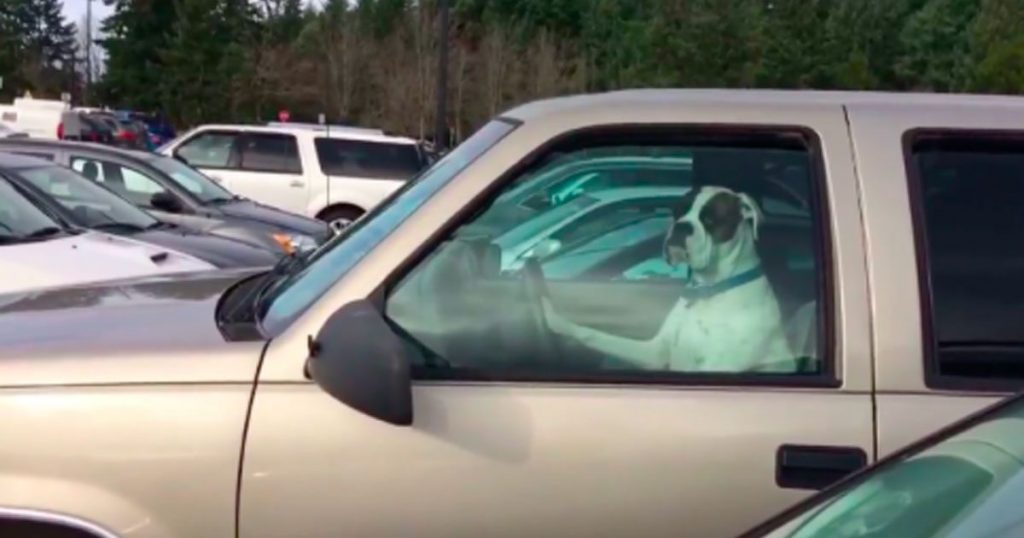 “My husband was leaving the pool and heard a really loud and continuous car horn coming from the parking lot,” Elizabeth Herman wrote on Facebook. “At first, he thought there was a person sitting in the front seat of the car leaning on the horn, but as he got closer, he realized it was a dog. He started filming and as he got closer, he could see the dog’s paw pushing on the horn. He stopped filming and tried to distract the dog to get him to take his paw off the horn, which the dog eventually did.”

The dog was safe and sound, but we do want to note that dogs should never be left alone in vehicles, ESPECIALLY when it is warm weather. Cracked windows do not help enough. Please keep your dogs safe!

« German Shepherd Interrupts Minor League Warm Up, Chases Ball Across Field In Hilarious Video
After Being Held For Two Years, 28 German Shepherds Are Up For Adoption »