Dogs and humans get along so well because we're so similar. We are both highly social creatures. We also both love sports!

Proof of this fact can be found in this video of a 'Bark in the Park' event for the Tulsa Drillers (a Dodgers' Double-A affiliate). Bark in the Park is all about bringing your pups to the stadium to enjoy a night of baseball while they pray that you drop your hot dog.

The Mistake: The stadium thought it was a great idea to bring a few dogs onto the field while players warmed up. They apparently forgot dogs love balls. 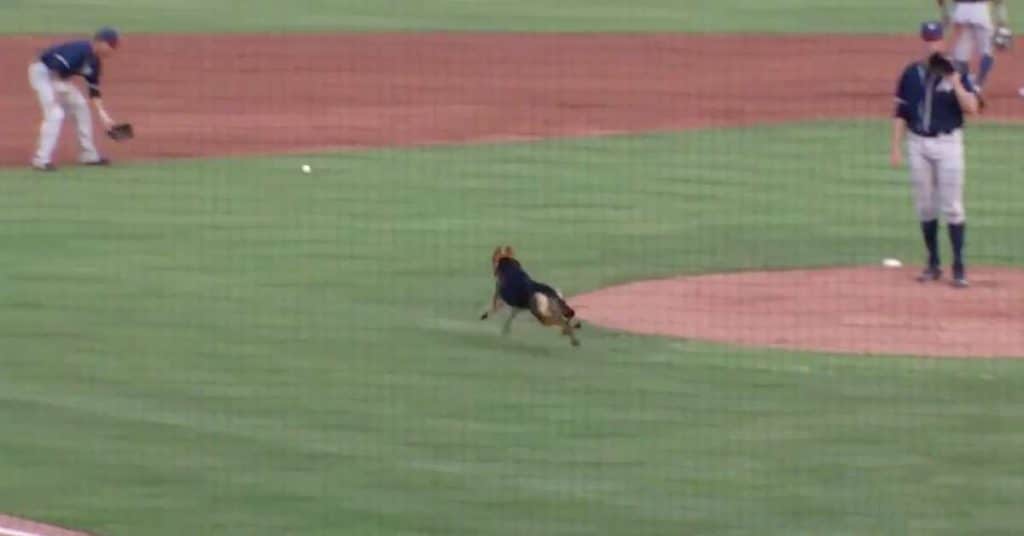 A German Shepherd noticed a grounded ball rolling by and decided to 'try out' for the team. He proved he had great hustle by sprinting to one of the balls but came up short when he was distracted by another ball. Whoops. A player standing near second base must've pitied the dog's failed attempt at joining the roster, because he rolled a ball for the German Shepherd to chase down. Chase the ball down indeed! He made a perfect play on the ball.

After a scratch behind the ears, the dog was captured - only to struggle to get back in the game. A kindhearted player rolled him a ball to take home and that apparently satisfied him ?.

We need a doggy baseball league!

« K-9 Officer Refuses To Go To Work, Unless He Gets A Belly Rub
Hilarious Dog Honks Horn While Impatiently Waiting For Owner »