Great Dane Is Not Very Happy When Mom Gets A New Puppy, Throws A Hilarious Tantrum I can't stop laughing at this! ?

Talk about a drama queen! Bagira the Great Dane is super jealous of the new puppy in the family, that he just can’t stand to see his owner holding and petting the puppy, instead of him!

Sure, we all get jealous sometimes, it is only a natural instinct. We were jealous of our siblings, of the toys our friends had – basically, of anything that we thought we were lacking and thought we had to have! Adjustment can be difficult for people, can you imagine how difficult it must be for a dog, one that can’t really understand what you are saying to it?

When the owner, Lindsey Heinz, picks up the new puppy and turns the camera on, we can immediately hear Bagira growling below. “I can pet him too…It’s not all about you” says Lindsey, but Bagira is not having it. 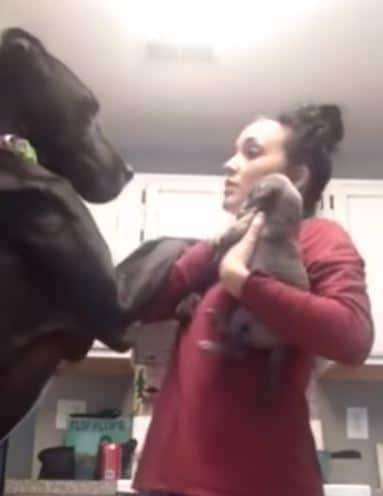 As huge as he is, Bagira gets up on his hind legs and puts his front paws on Lindsey, begging to be petted too! “You are so dramatic!” continues Lindsey. 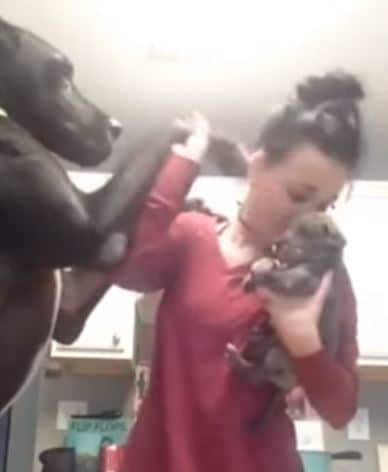 She keeps on criticizing him, but the bog old pup is determined to stand his ground. We can only imagine what he must feel like, already having one brother and now another? It seems like only just yesterday that he was Mommy’s favorite lap puppy!

Previous Article
Military Dog Gets New Shoes And His Reaction Is Priceless
Next Article
Patient Military Dog Hasn’t Seen His Soldier For 2 Years, Watch The Moment When They Let Go Of His Leash