A 15-year-old black lab named Charlie was dying of a brain tumor but that didn’t stop him from being in the wedding of his beloved owner, Kelly O’ Connell, of Denver, Colorado.

When Kelly married James Garvin, both veterinarians, she knew she wanted Charlie by her side.  Charlie never wanting to disappoint, tried walking down the aisle with her but the journey proved to be too much for him in his weakened state.  Kate Lloyd, Kelly’s 5’3” sister and Maid of Honor, came to the rescue and carried the 80 pound dog to the altar. 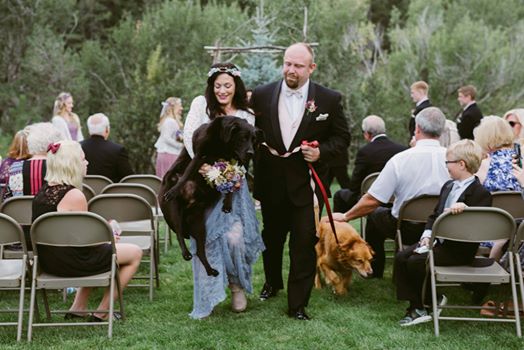 Charlie could only rest on the grass near his owner during the wedding ceremony.  Kelly told ABC News:

“Both of us just dropped to our knees and started crying.  To see him be carried a few feet, it kind of solidified for me that it’s not the Charlie he liked to be. He was aging, and it hit me knowing that he lost a lot.” 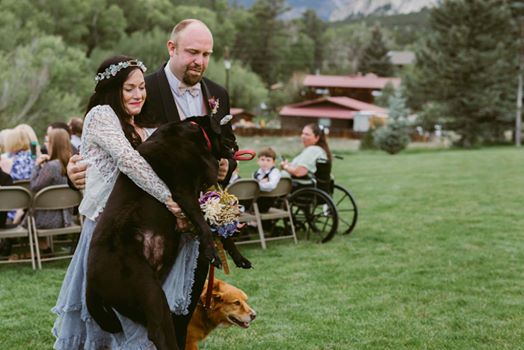 Charlie loved everyone but Kelly was the person he loved the most.  He hung onto life as long as he could but after the wedding, he began to decline even more.  A few days later, Charlie made his final journey and crossed the Rainbow Bridge. 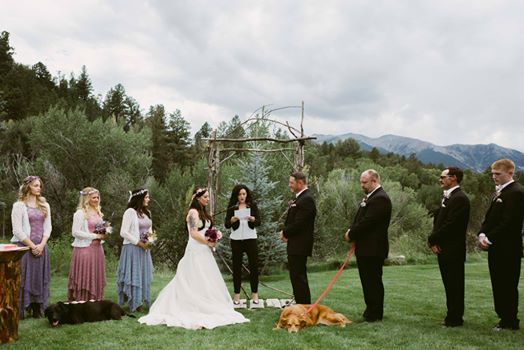 Kelly and James have many wonderful memories of Charlie, as well as some very special wedding photos that were captured by their friend and photographer, Jen Dziuvenis.  Dziuvenis wrote on Facebook:

“When your beloved dog who is at the end of his life can’t make it back up the aisle and your sister scoops him up and carries him …. THAT is love,” Dziuvenis wrote on Facebook. “There isn’t enough mascara in the world for these moments. Dog people are the best people.” 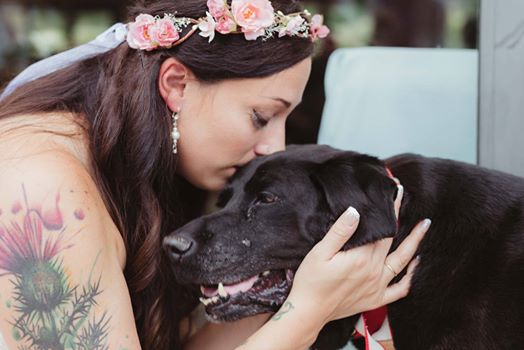 Perhaps Charlie hung on to be there for Kelly on her wedding day, or perhaps he was just too sick to go on.  However, there is no doubt that dogs love us until their last breath and that is one of the things that makes them so special. 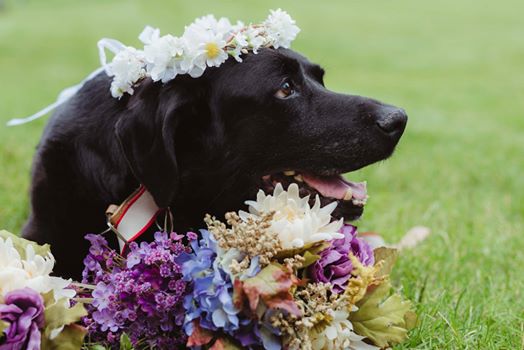