Many people celebrate with wonderful Christmas traditions and get creative around the holidays.  It’s delightful to see all the amazing talents that people have as they share their fabulous art, decorations, pictures, food, and much more with the world.

Some of these creations stand out more than others.  That is the case in this special story about a British photographer, Peter Thorpe, who has been creating magical scenes on which he photographs his rescue dogs for his annual Christmas cards.

Each year he comes up with a new theme and builds the sets from scratch.  He makes elaborate costumes for the dogs and places them in scenes that seem to come alive.

He began photographing the cards in 1990.  In the beginning the cards featured his adorable dog, a terrier named Paddy.  Paddy was the star of his cards from 1990 until 2002.  After Paddy, he rescued a second terrier, this one was named Raggle.

“The fun for me,” explains Peter, “has been choosing to continue to create these traditionally rather than with Photoshop, by making my own sets, props and using a fair bit of food bribery!”

Raggle is now retired but we can still enjoy all the images that Thorpe has taken over the years in his fabulous book, Bark the Herald Angels Sing:  Or, How a Dog Becomes A Christmas Card.

The images are so much fun and are simply delightful.  Some of the themes in years past include Follow Yonder Star, Robin Red Breast, Ebenezer Scrooge, Dog Roast, While Shepherds Watched, Penguin in Peril, and many more. 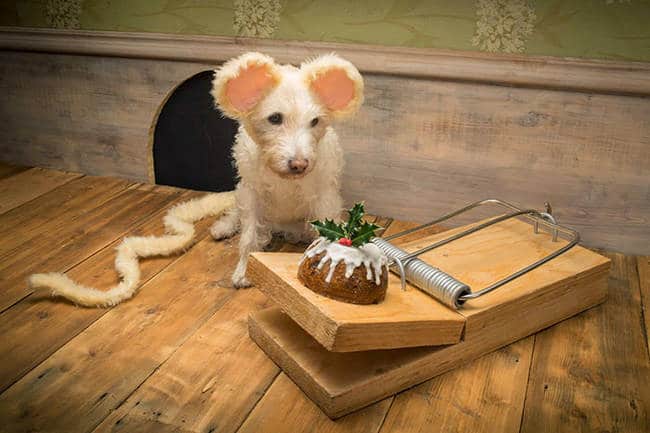 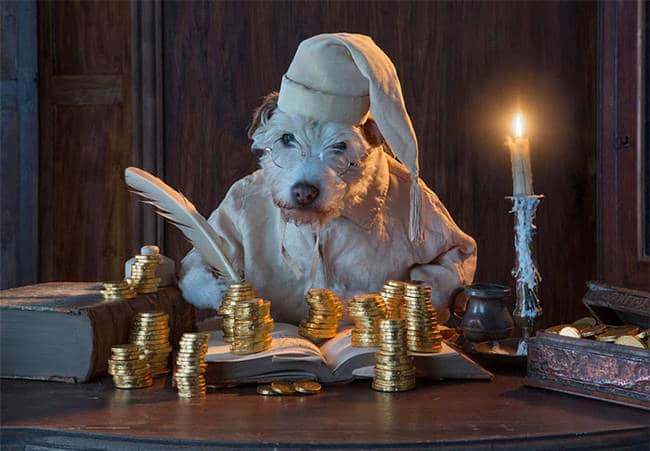 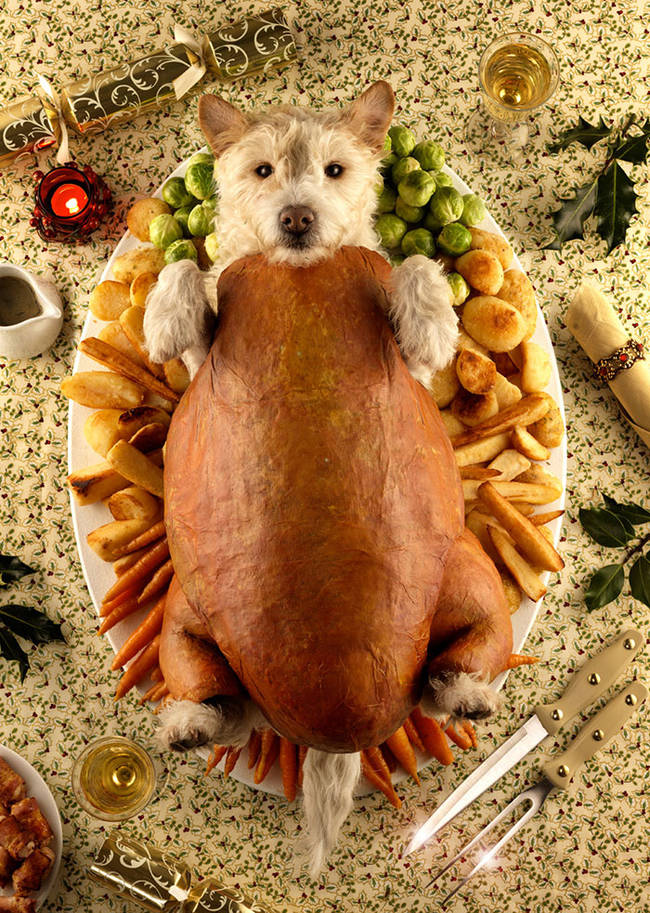 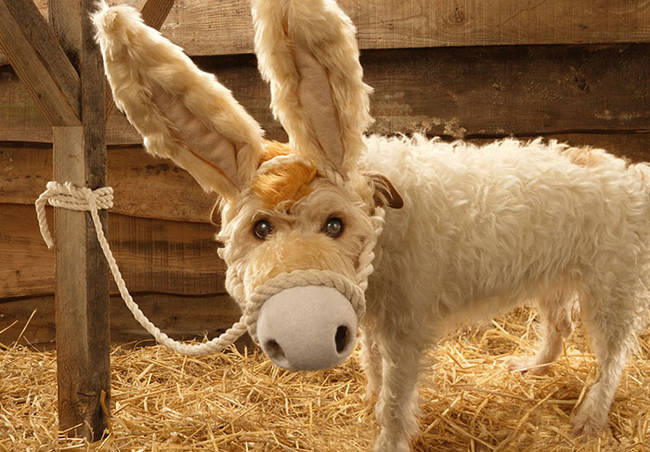 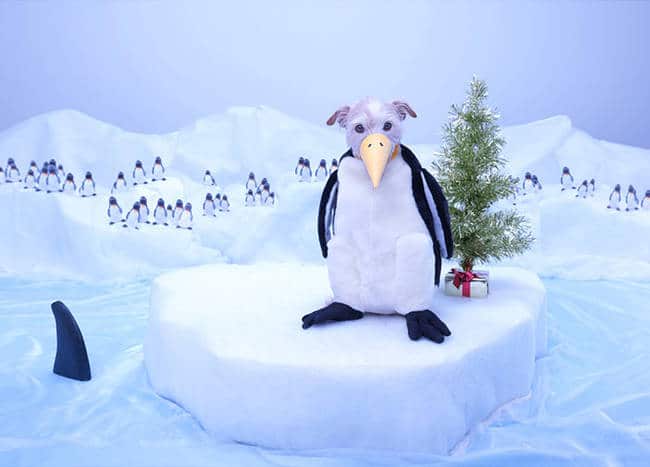 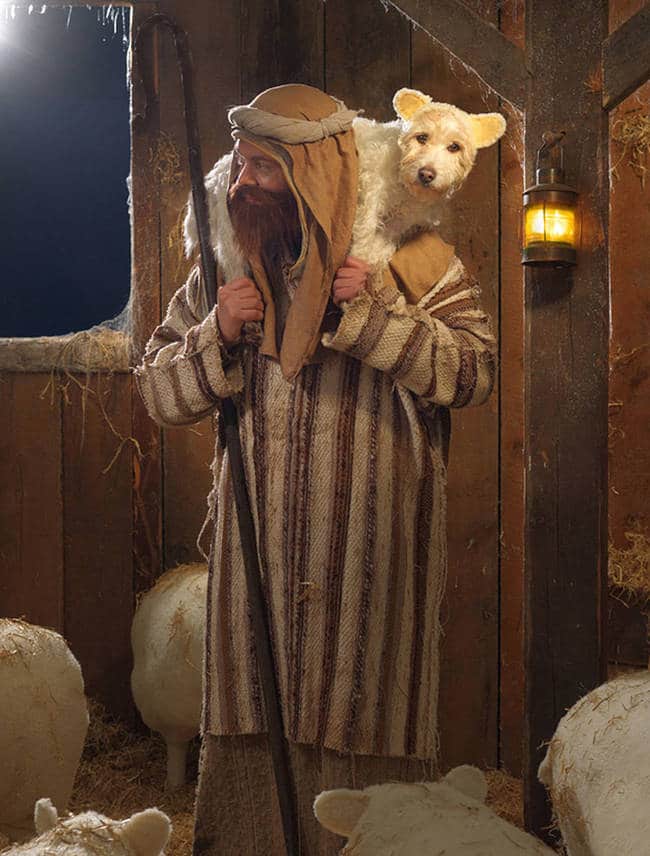 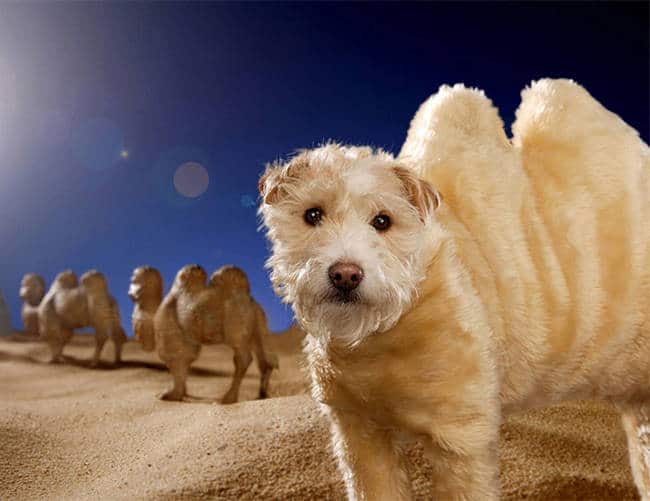 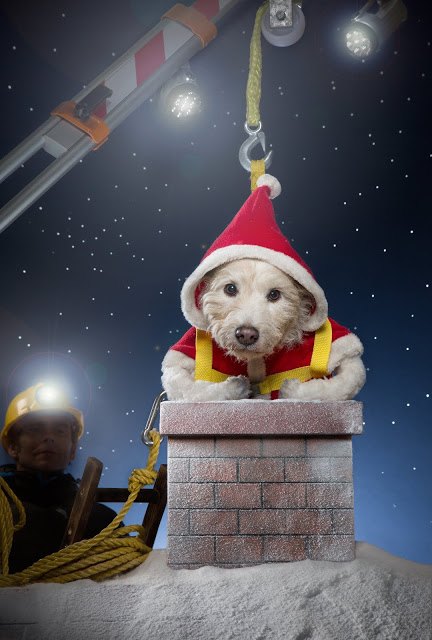 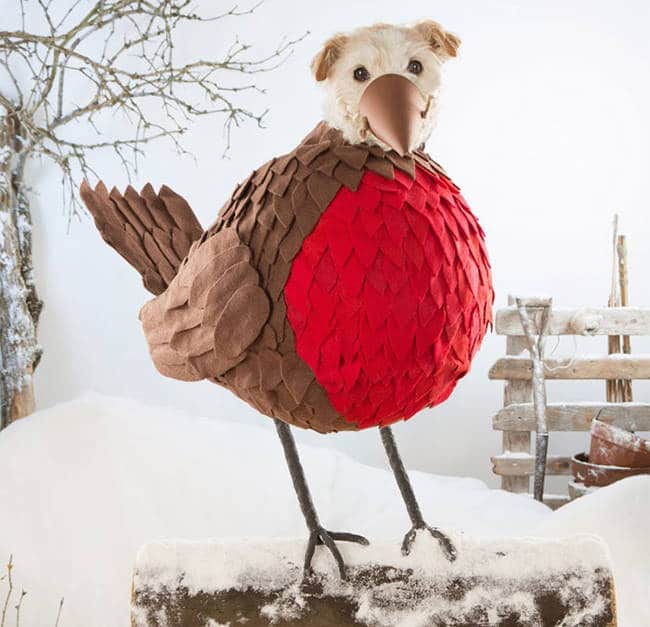 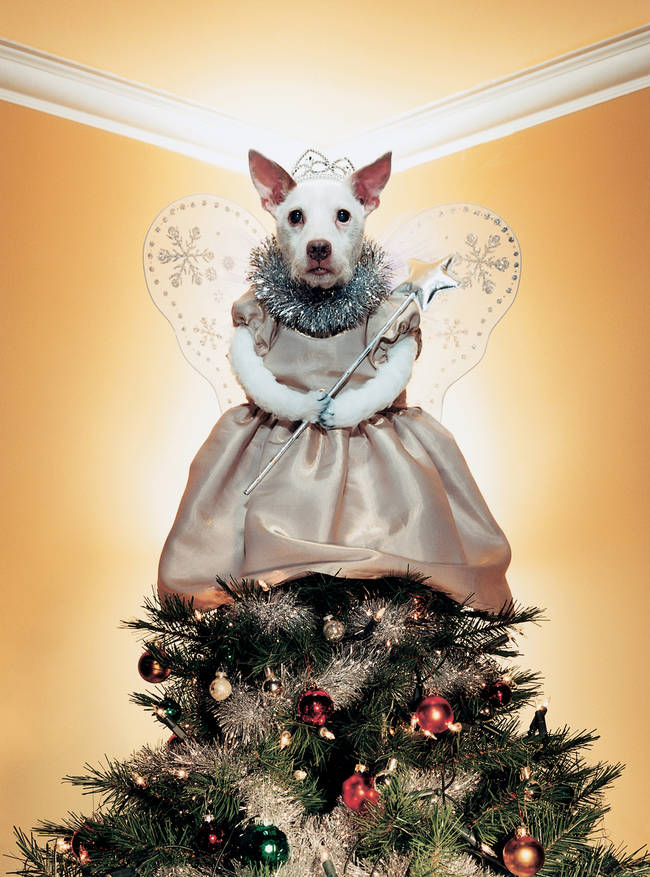 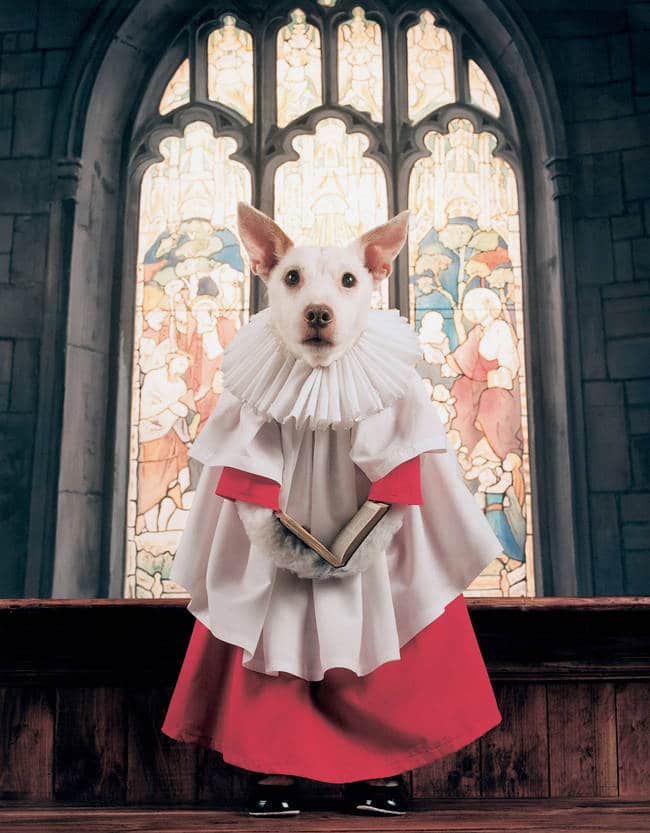 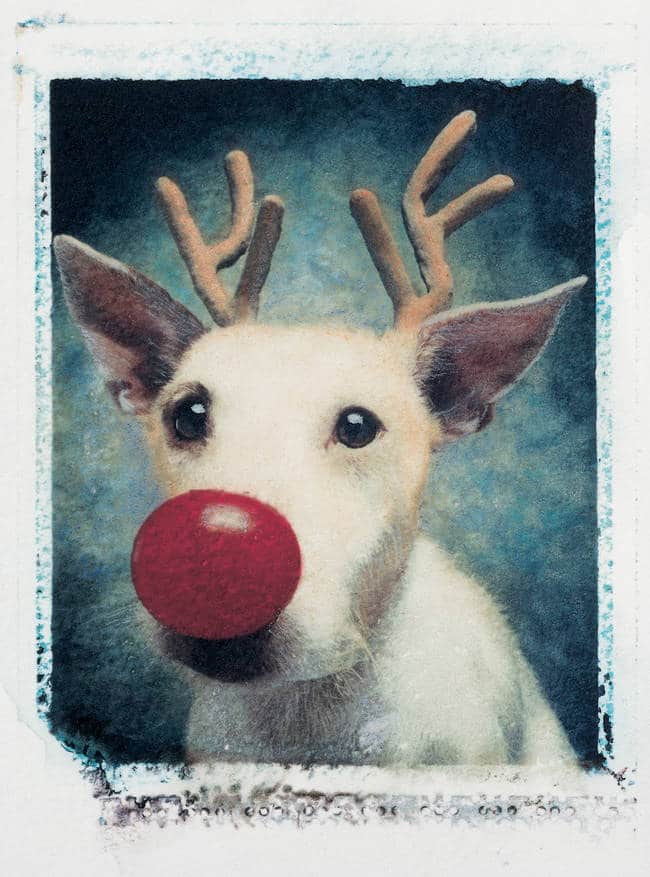 Please share this fun story with your family and friends-Happy Holidays!

« Meet The Rescue Puppy That Has Cute 'Cinnamon Roll' Ears
Dying Dog Attends Owners Wedding, One Of His Final Acts Of Love »