Everyone needs a helping hand now and then. And, that also includes our furred and feathered friends. So, when this sweet pup and his owner found an injured pink cockatoo while out on a walk one day, there was no doubt they would take him home.

Milo and his fur dad were out when they came upon an injured cockatoo in the park. They knew they had to do something to help the bird, so they took it home with them. The bird was shaken up so they put him in a cage to keep him safe. 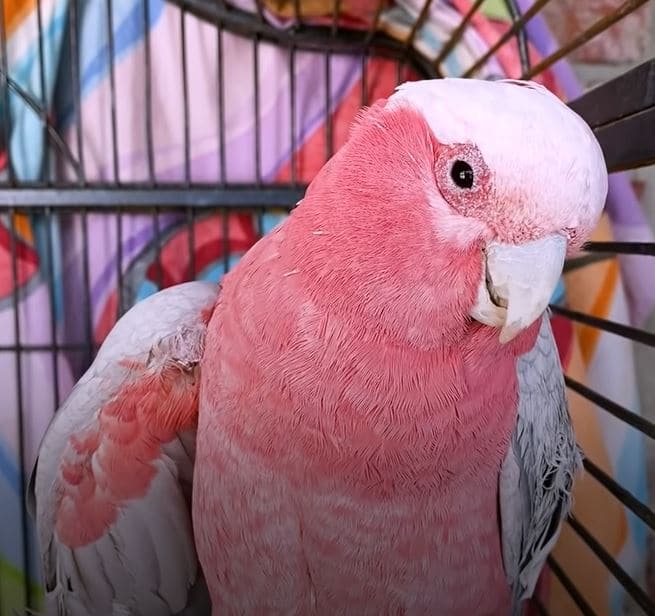 It turned out that the bird, they later named Cracker, had an injured wing. While Cracker healed in the cage, Milo took a special interest in the bird. He sat by his cage all day long keeping Cracker company while he healed.

Soon Cracker’s wing was better and it was time for him to fly to freedom. But the cockatoo didn’t show any interest in flying away, even with the cage left open. Cracker seemed content to hang out right where he was.

One day, Cracker decided to roam and Milo was right there to greet him. Once the bird was out of the cage, Milo happily greeted him as if that’s what he’d been waiting for. Cracker began exploring with a tail-wagging Milo right by his side. 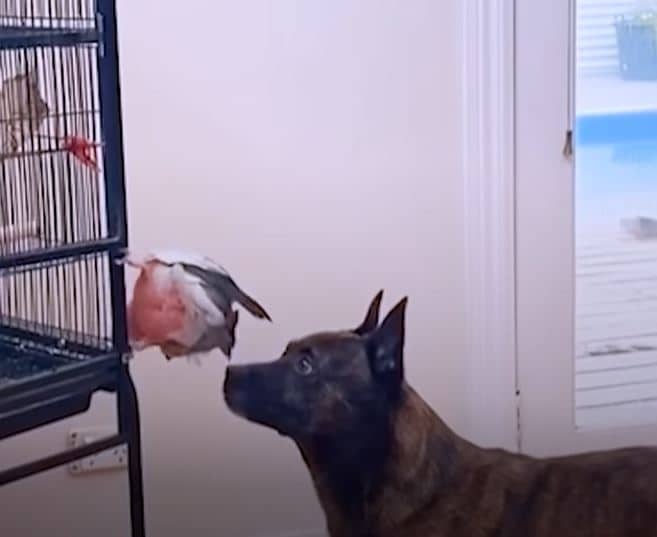 After that, the two animals became best buds. Milo follows Cracker around and Cracker screams whenever Milo leaves his side. Amazingly, the two play together despite their huge size difference.

Even sweeter, Milo and Cracker love to cuddle. Milo puts his big dog head right on top of the delicate Cracker but never hurts him. He even shares his dog bed with his little birdy friend. It’s as if they had always been together.

Cracker became a little shadow of Milo. He follows him wherever he goes. Some days, Milo even gets annoyed with the persistent bird and tries for some personal space but Cracker will have none of it. Like an annoying little brother, he follows Milo from space to space. 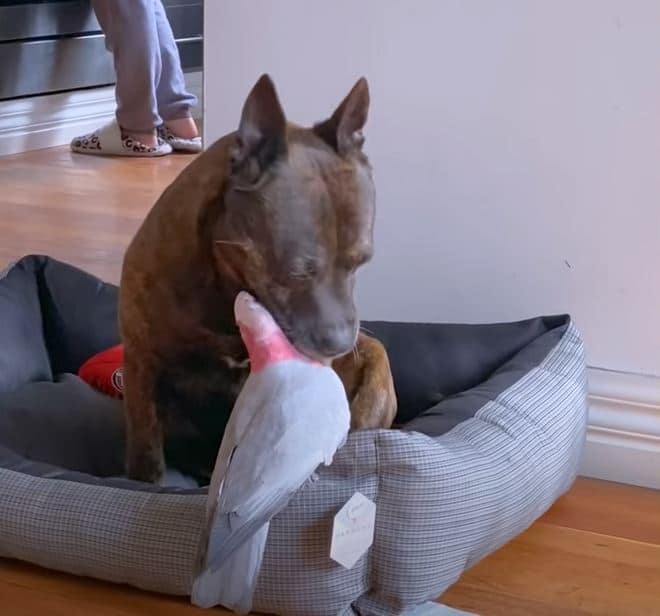 So, it was a shock one day when Cracker flew away. Milo was broken-hearted and for two weeks cried at Milos empty cage. Then a little miracle happened. Someone posted on Facebook that they had found a rose-breasted cockatoo, also known as a Galah.

Could it be Cracker?

There was only one way to be sure. They picked up the bird and took it home. Sure enough, it was Cracker. Milo was overjoyed that his friend was back home where he belonged. Everyone was so happy to see Cracker again, but especially Milo, who could not stop smiling. 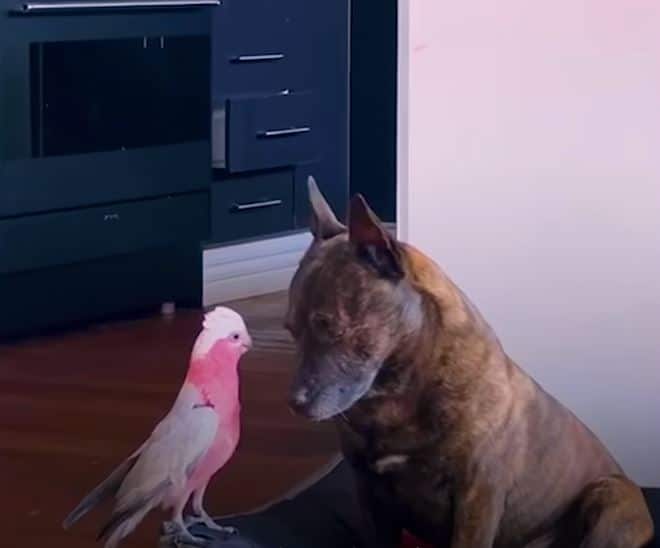