Imagine it. You’re just trying to do your job. Suddenly, a dog comes along and steals the show.

That’s what happened to this news reporter from Moscow. She was trying to give a live weather broadcast for station MIR 24 on April 1st when a dog came along and stole the microphone right out of her hand. 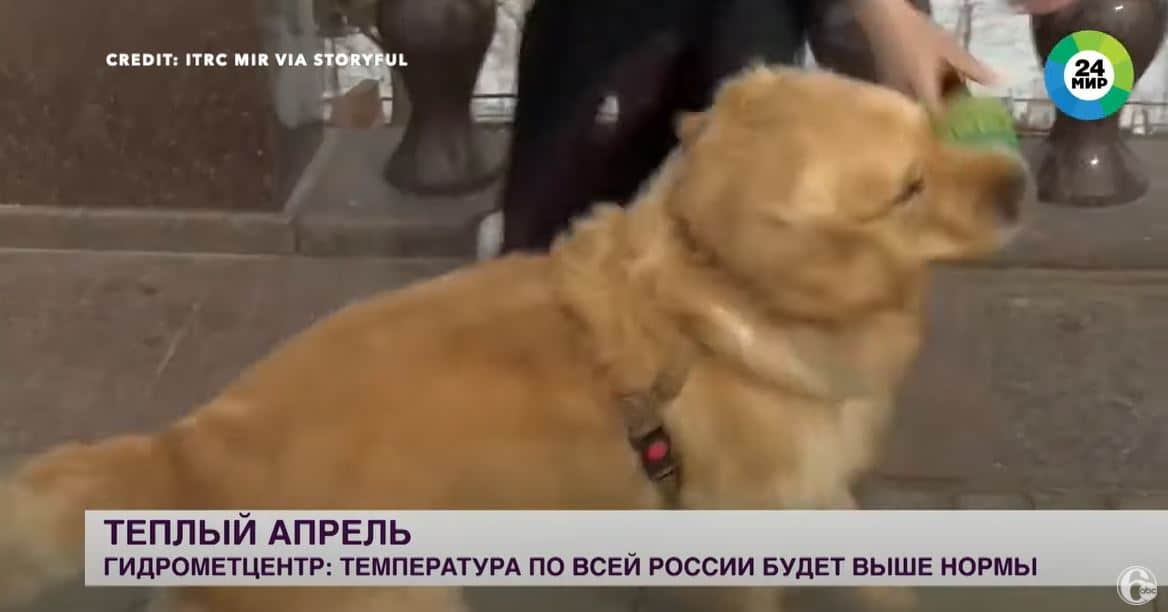 Nadezhda Serezhkina was standing there giving the live weather report. Suddenly a fluffy golden retriever runs into the shot, jumps up, and snatches the microphone right out of her hand during the live shot!

The dog then runs off. The stunned reporter quickly begins chasing the pup who is undoubtedly having a great time. Luckily for both, she was able to retrieve her microphone and finish her report. Only now, the unremorseful dog is right by her side. 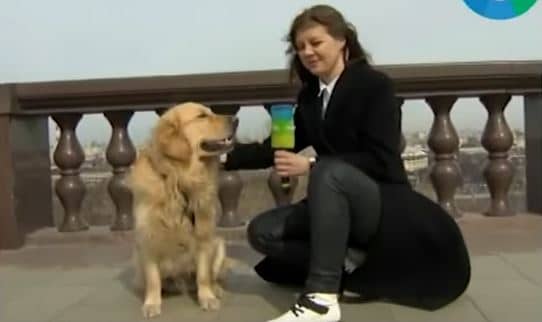 During the broadcast, we learn the adorable pup’s name is Martin. Why he stole the microphone, we don’t know. Maybe it reminded him of a favorite toy? Maybe he’s into Karaoke? Or, maybe Martin had a dream of being on television?

We’ll never know for sure what possessed Martin to snatch the reporter’s microphone while live on the air but he couldn’t be more adorable. The news station reports that he and the reporter are now good friends so perhaps she’ll do a future interview and get answers to all our questions. 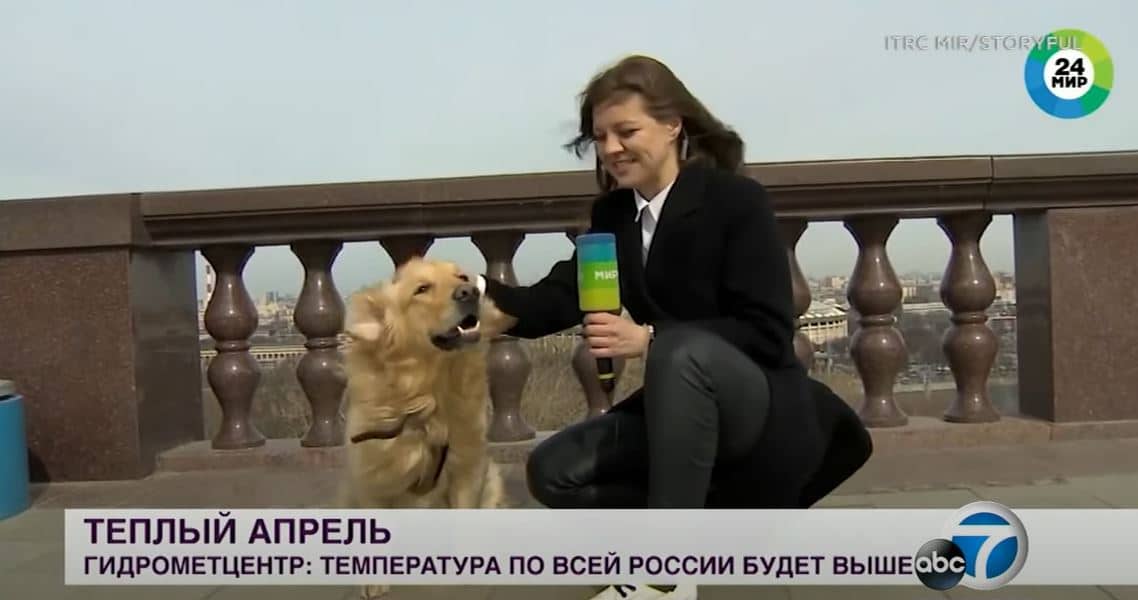 In the meantime, we’ll just enjoy this adorable dog who really made some cute breaking news on that day. We’re sure everyone watching the news that morning has now fallen in love with Martin as much as we have.

Please share this adorable video with all your friends.