When a polar vortex blew through the Midwest, states that were not accustomed to the record-breaking freeze suddenly found themselves experiencing an epic winter. And, it was not only people who were in for the arctic blast, pets were also confused by the unusual winter storm.

Take this poor pup from Murfreesboro, Tennessee, for example. Disoriented by the iced-over in-ground swimming pool, Jennie Tatum's dog named Sid went running right over the top of it when the ice broke and the poor pup plunged beneath the surface.

The frightening scene was all captured on Jennie’s backyard security cameras. Including her rushing out to the pool then jumping into the freezing water to rescue her dog. The ice on top of the pool was 2” thick so Jennie is seen breaking up chunks of ice as she frantically searches for her dog. She said:

"It was pure adrenaline. I was not even thinking about being cold.”

Unable to find the pup, she then gets out of the pool and rushes around the perimeter trying to get a glimpse of the dog under the ice. Each second seems like forever when she finally sees Sid under the ice on the opposite side of the pool then runs over and jumps into the frigid water to rescue him.

It's heart-stopping to watch as her hands search under the ice before pulling the lifeless-looking dog from the freezing water. She somehow has to strength to pull herself out then lift her dog into her arms and rush back toward her house.

"He's about 50 pounds. All I could think about was I need to get him into the house and to get him warm," said Tatum. 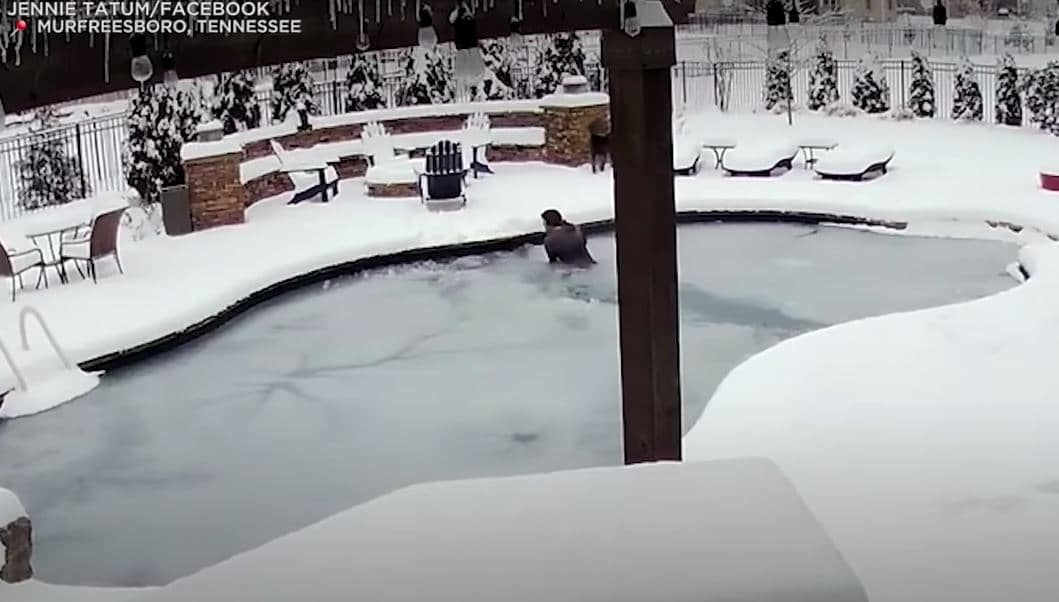 Sid was under the water for about 60 seconds when he was pulled out of the pool. "I don't think this dog had another minute based on his symptoms," said veterinarian April Smith. According to ABC News 7, “Smith said Sid likely held his breath for part of the time but still needed oxygen to be revived. Smith said Tatum saved Sid's life.”

It was fortunate for Sid that his fast thinking fur mom saw him fall into the pool or he most likely would not have survived. "You notice he just sunk and he didn't have a chance without her. He wouldn't have a chance," said Smith. 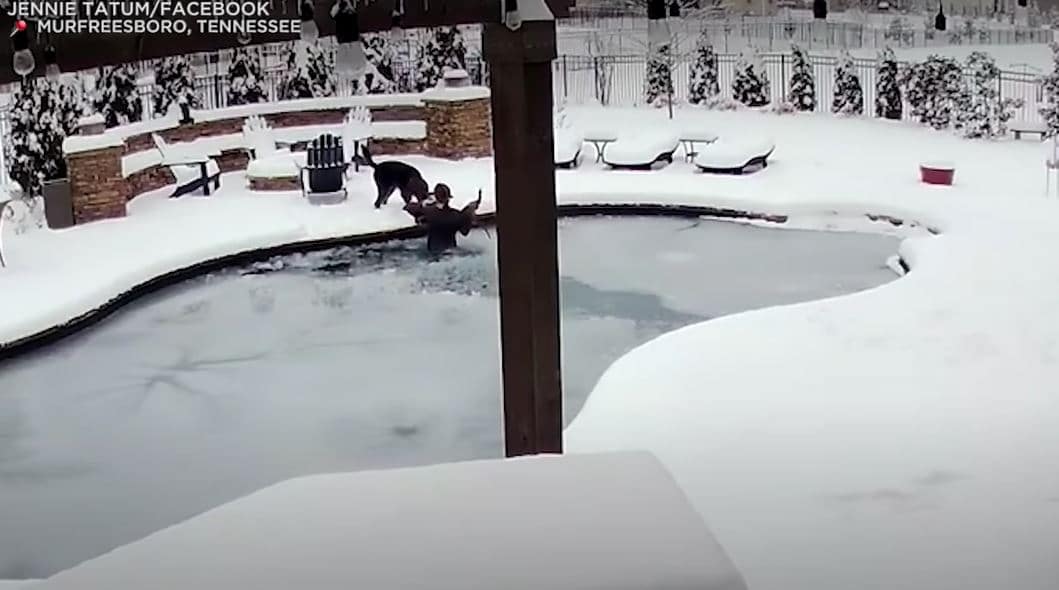 According to reports, Sid is fine and playing with his chew toys but now avoids the pool, which is normally covered, at all costs. The frozen temperatures apparently damaged the pump so the cover had been removed from the pool when the accident happened.

We’re just glad Sid is okay and that his hero mom is, too. Please share this amazing rescue story with your family and friends.