A woman who has a YouTube page called Tucker Budzyn, makes videos with her Golden Retriever named Tucker. Chances are that you've seen them while casually scrolling Facebook. She makes tons of videos of her feeding Tucker different dog-safe-foods. Some of the snacks she offers him are hits; some are complete misses! 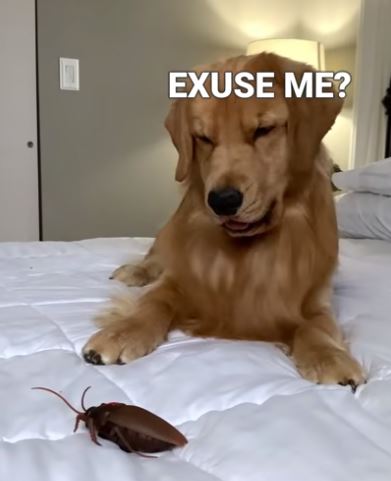 In this video that has amassed an unbelievable 3.7 million views, Tucker's owner, Linda, tells Tucker that she has brought him a new friend before unveiling a massive toy cockroach that lights up. Tucker doesn't seem amused! It's clear that he's thinking about leaving until the mechanical toy cockroach begins walking on its own, piquing his interest. Tucker clearly had no idea how to react. He wasn't sure if he should run from it, play with it, or fight it! 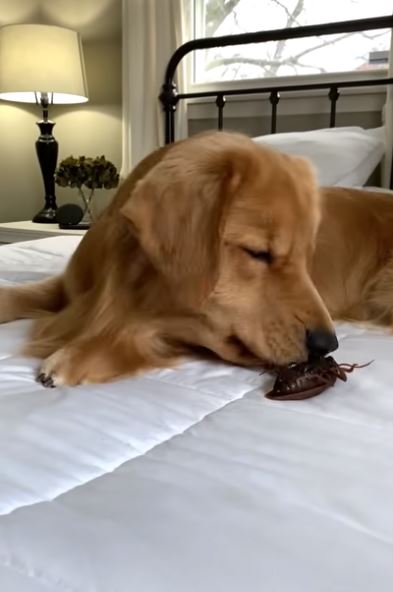 By the end, it's pretty clear that Tucker and his new pal aren't so much "friends" and never will be in this hilarious video! Feel free to subscribe to his YouTube page and give a like if you want to see more content of Tucker being Tucker. And as always, if you enjoyed this video, please leave us a "Like" & "Share" as well. Thank you!

« Owner Finds His Missing Dogs In The Middle Of Pet Adoption Photoshoot
German Shepherd Wakes Up Owner At 6:20am ... On His Day Off »