Working from home can have its challenges. But when you put dogs in the mix, you never know what hilarious thing might happen next.

Take this funny weather forecast, for example. In it, the weatherman is trying to give the weather report but his adorable fluffer gate crashes his party in the cutest way, ever.

While live on the air, Paul Dellegatto, the meteorologist from FOX WTVT, was on camera at his Florida home when his golden retriever named Brody knocked into his computer and jumped onto his lap before taking off to look for Craig the cameraman who is filming while social distanced outside the window. 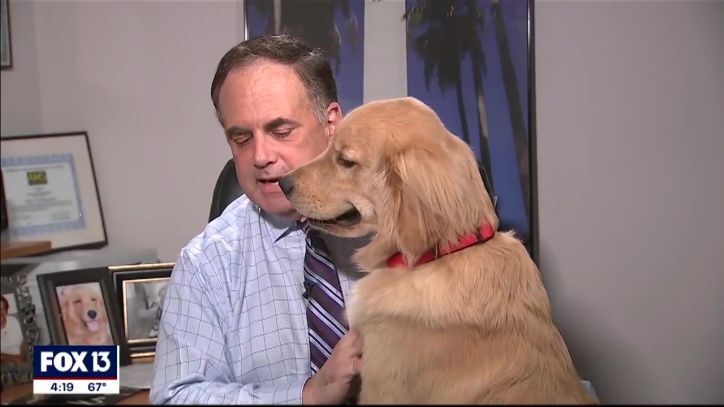 The adorable pup was determined to get some attention and not giving a whit about his fur dad’s hopeless attempts to professionally deliver the weather to viewers of the show.

Even funnier, Dellegatto couldn’t even share the weather map because Brody whacked the computer with his head… 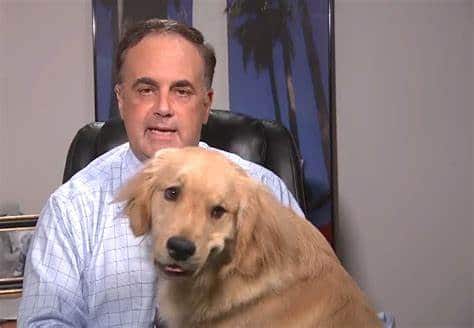 “The map’s not gonna move because he just whacked the computer with his head, so let me just verbalize the forecast, OK?” Dellegatto says in the footage, trying to stay professional.

“That wasn’t very smart,” he half-heartedly scolds, wagging a finger at the pooch, who then climbs up onto his lap and doesn’t look at all sorry for the interruption. 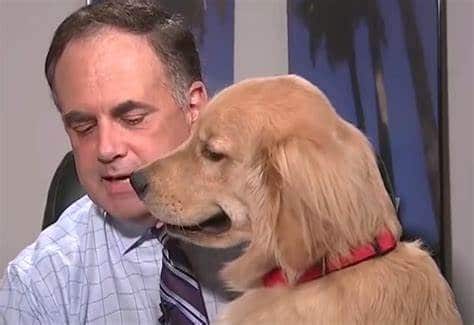 Despite the disruption, Dellegatto continues with the hysterical forecast while his pup blocks the camera view so all you see is a black shadow of golden retriever heard blocking the view of the news caster.

As he finishes the forecast, “clouds overnight tonight…” Brody continues to steal the show and hearts on Twitter. Fans started tweeting that Brody needs his own segment on the show. We agree! 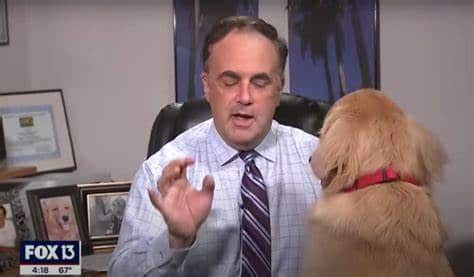 Brody makes the cutest weather dog and should be on television with his fur day every day! He would make an adorable furologist. His cuteness alone could make fans happy on even the rainiest of days.

Please share his cuteness with your family and friends.