This tiny French bulldog puppy was born with a cleft palate but that doesn’t stop him from complaining to his fur mom all day.

Boo the “tater tot” of a French bulldog puppy may be small but he’s spunky. He talks back to his mom all day long in a little voice that sounds like a squeaky wind-up toy. No matter what mom says, or even when the “complaint department” is closed, Boo never stops talking. 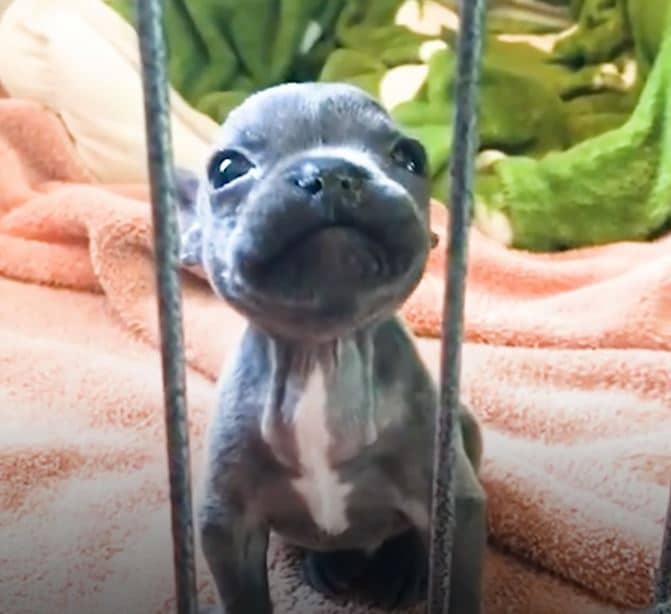 It’s almost impossible to believe at one point he couldn’t talk at all. As a newborn pup, he was surrendered to his fur mom after being born with a cleft palate. In an effort to save his life, the breeder handed the little guy over to give him a fighting chance. He struggled to breathe and even at one point got aspiration pneumonia and had to spend 5 days in the hospital. 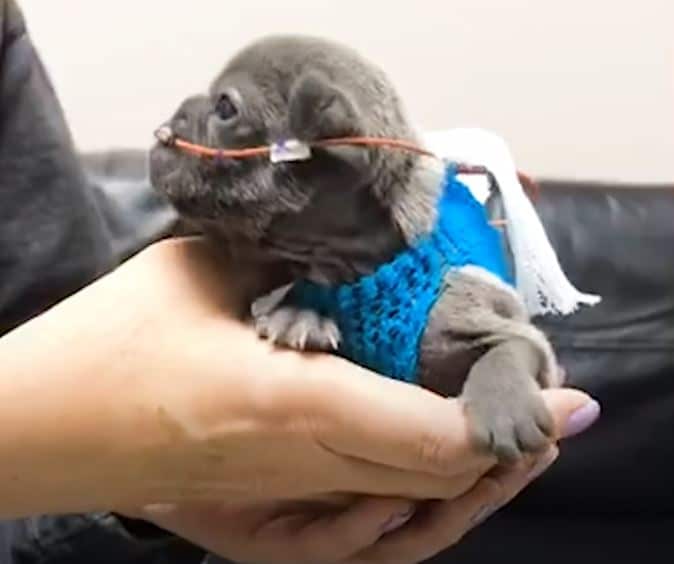 When he got out of the hospital, he was very small and weak. It took a little time, but soon he began to eat on his own and began to get bigger and stronger. And, that’s when he found himself and his pipes, which can be heard all over the house.

Because his mom never gave up on him and she’s now rewarded with a mighty bundle of puppy energy that never stops moving or playfully attacking the other dogs in the house. When he’s not complaining to everyone with ears, he’s finding other trouble to get into. 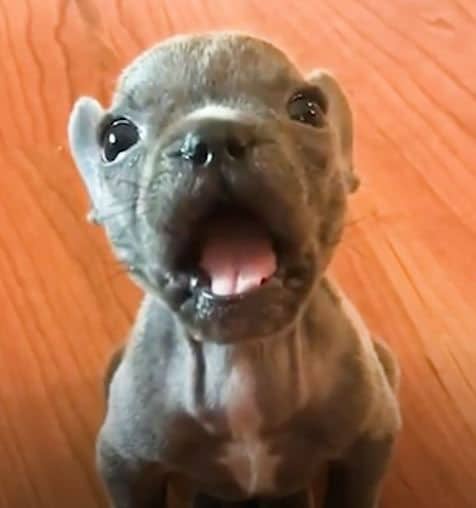 His mom also says he sounds like a pterodactyl. It’s true that he may sound like one but the adorable little guy looks nothing like a dinosaur. Rather, he’s a cute gray bundle of energy. One thing is for certain, Boo hasn’t let his disability slow him down.

Boo also thinks he’s the boss of his house. So, when another tiny cleft palate Frenchie puppy came to the house, he had to learn to adjust. But now, the two of them are double the mischief and double the fun. Plus, Boo taught the new puppy to complain, too. 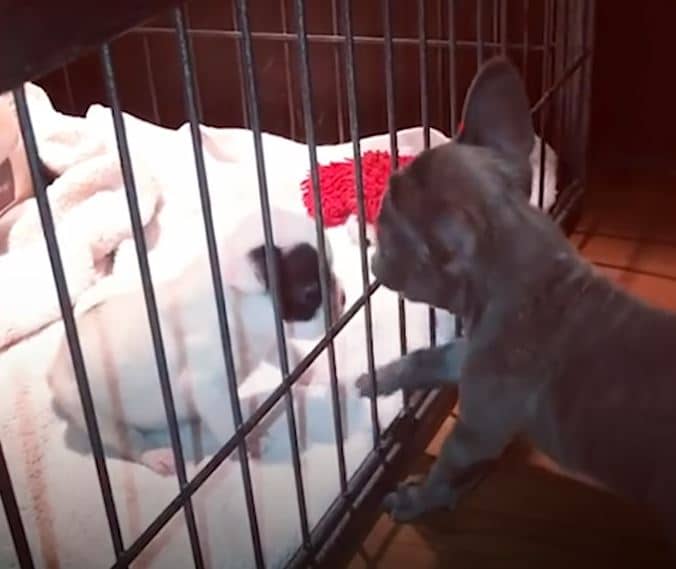 Please share this hilarious video with your family and friends.