All puppies are adorable but there is something extra cute about French Bulldogs. With their big bat ears and wrinkly, short nose, they are irresistible. So, it probably doesn’t surprise you that these playful pups rank as the 4th most popular breed, according to the American Kennel Club.

Although they are small, French bulldogs have huge personalities. Like mini bulldogs, Frenchies are compact bundles of fun. From the time they are small puppies, they have a reputation for being wildly entertaining. 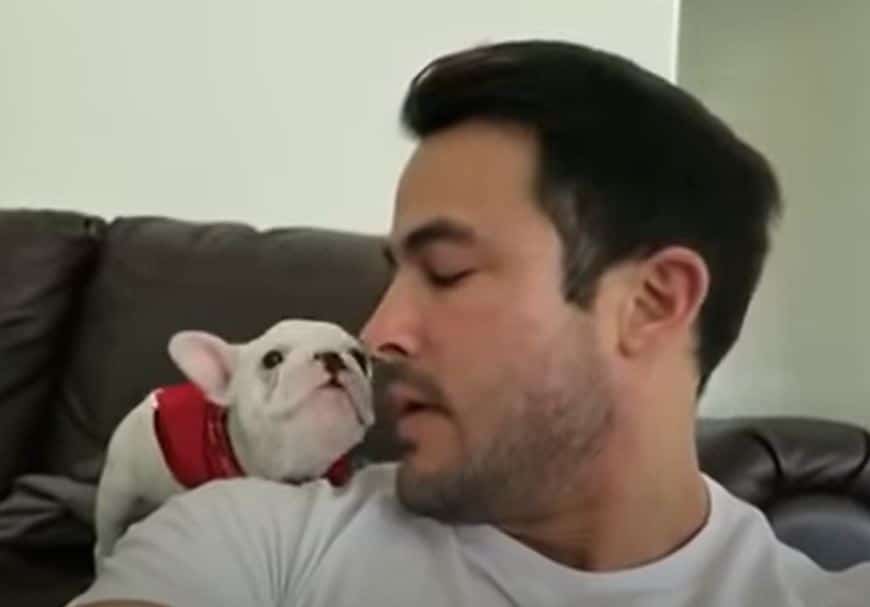 Take this little white French bulldog puppy. Owned by social media fitness guru, Sean Sarantos, this little nugget named Link already has over 123,000 followers on Instagram, because he is so stinking cute!

Apparently, he’s also shy and doesn’t know how to take a compliment. When Sean asks him, “how do you like your bandana?” Link doesn’t know what else to do except nibble the back of Sean’s neck in the cutest way ever. 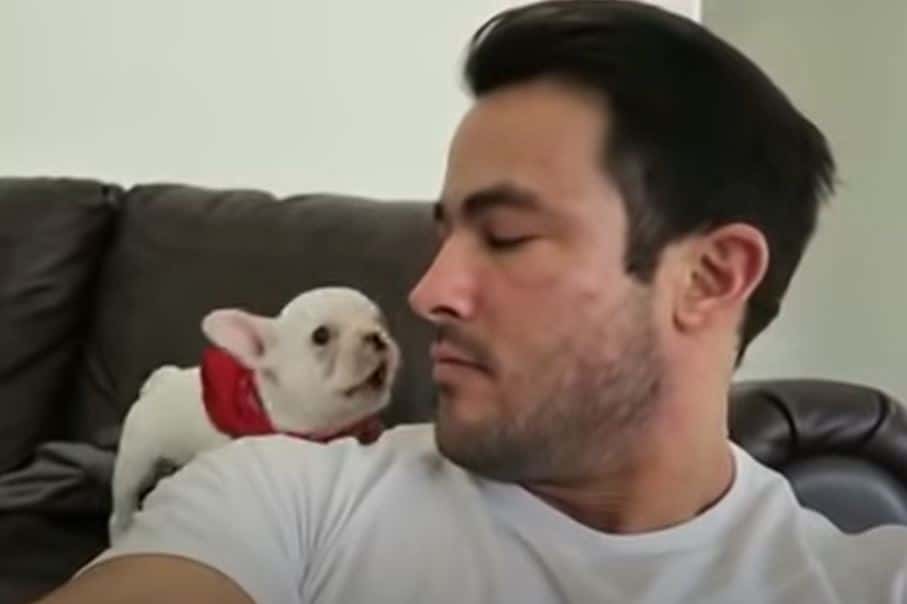 Link is a hilarious character and his funny reactions don’t stop there. When Sean tells him how cool and handsome he looks in his bright red bandana, he begins to bark and make adorable little grunt sounds that are super adorable. 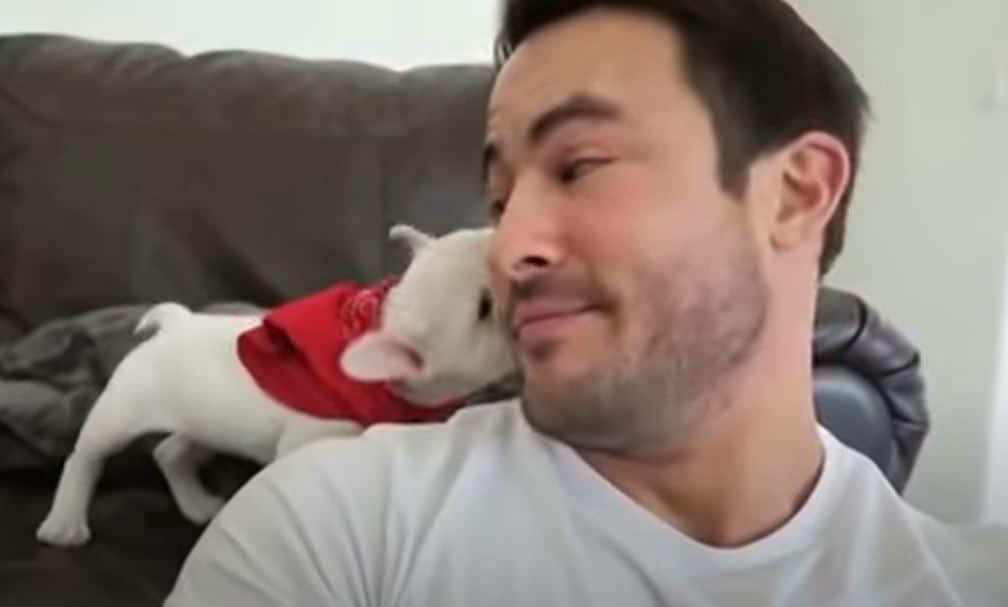 Link even dunks his head and barks and snorts at his dad. A few nibbles in and it’s clear this pup doesn’t know what to do with such high praise for his adorableness. A mini high five later, and Link wins the Internet for being so cute. 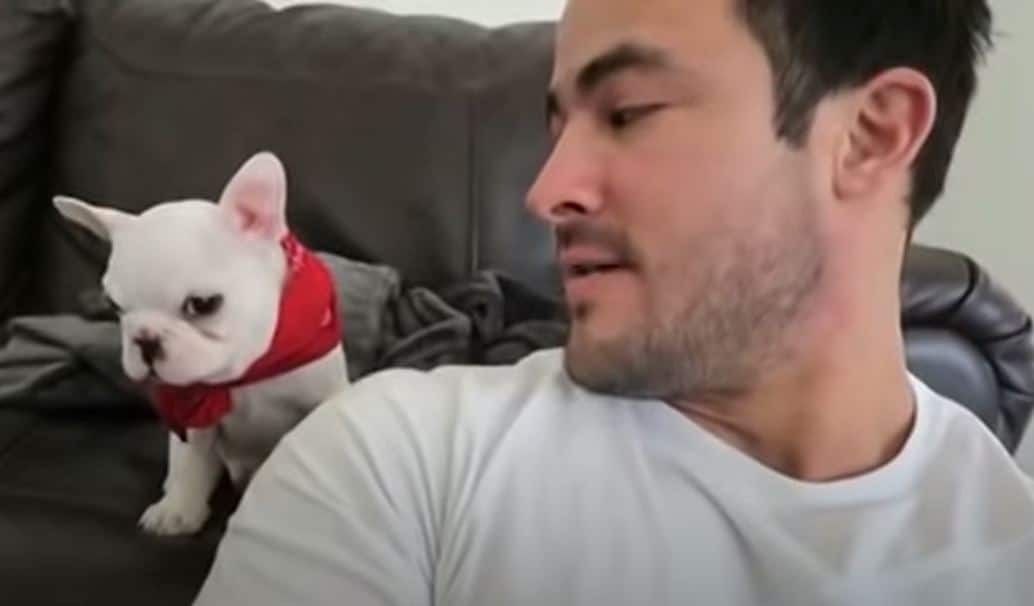 If you want to check out more of his adorableness, you can find him on Instagram. Please share this funny Frenchie with your family and friends.