When Kayla Severi wrote “puppy” at the top of her Christmas list, her mom told her not to get her hopes up because it would never happen.  The dog crazy teen was heartbroken because all she really wanted “more than anything in the world” was a Staffordshire bull terrier puppy for Christmas.

Kayla was not the type of girl to easily give up on her dream so she came up with a clever idea to try to convince her mom to change her mind and allow her to get the puppy in time for Christmas.

She sat down and wrote an impressive essay and resume demonstrating her “professional dog owner” experience.  She wrote about her ability to be a responsible dog owner by focusing on her time management skills, “hella money” to cover the cost of the puppy, the required abundant love and kindness, and commitment to training the dog. 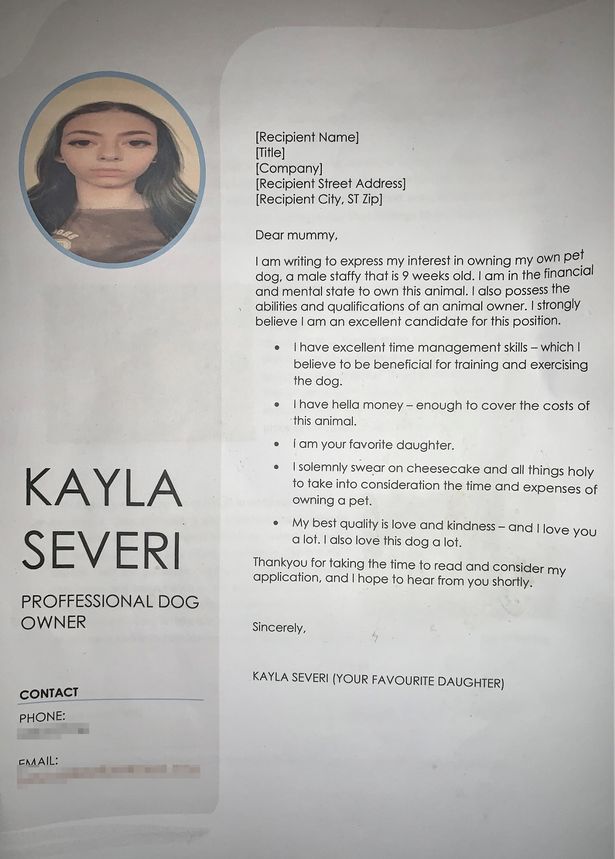 Apparently, her essay and resume were very convincing because her mom relented and gave her permission to pick out and buy a puppy to bring home in time for Christmas.  She picked out an adorable blond and cream pit bull she named Bandit and she couldn’t be happier. 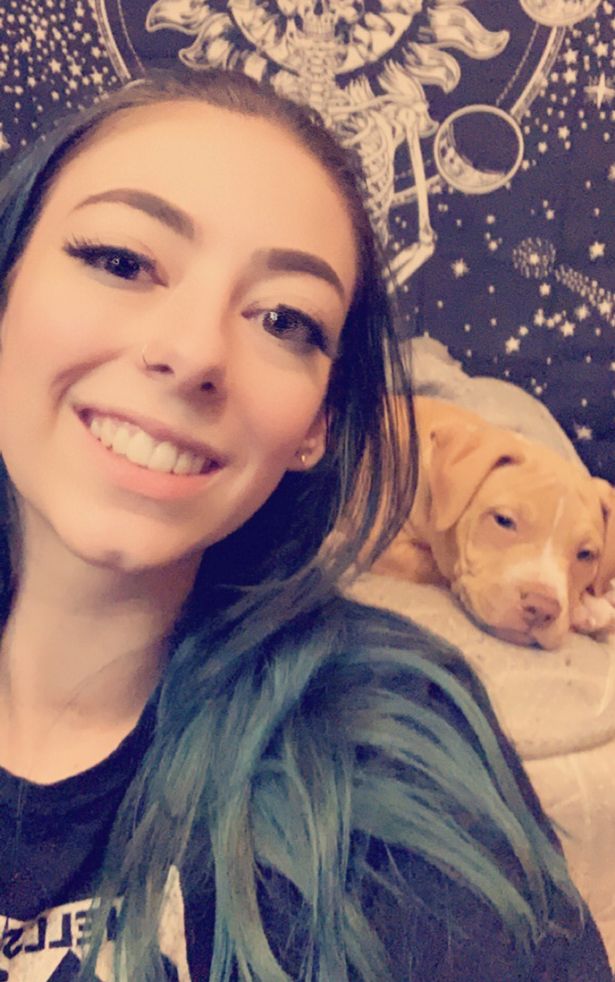 The teen is obviously very responsible and had been working all year at a pizza restaurant saving for her dream puppy and she said:

"I have two family dogs already, but my friend sent me a Snapchat of his cousin who is selling some puppies.  I've been wanting one for ages and it's Christmas, so I finally got the money from working all year and I feel like I'm old enough now to have my own dog and care for it.” 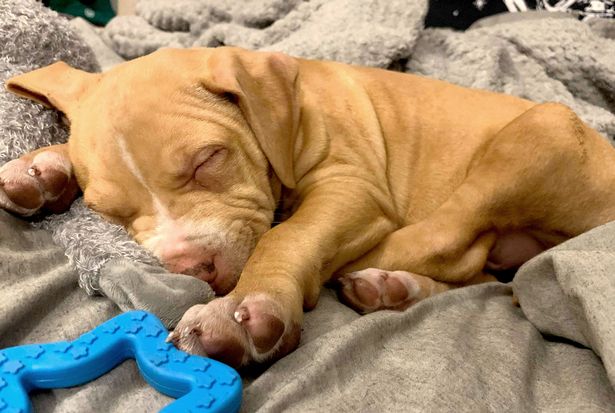 “I live with mum, so at the end of the day it's her house and her rules and if she doesn't want a puppy, I won't be able to get one.  She already said that it wasn't going to happen, but I didn't want to give up that easily.”

"I decided that my best chances for her to say yes was if I asked her in a really creative way.  So, I wrote an 800-word essay about statistics on how a puppy would benefit my mental health and also boost my companionship, responsibility and money-handling skills.” 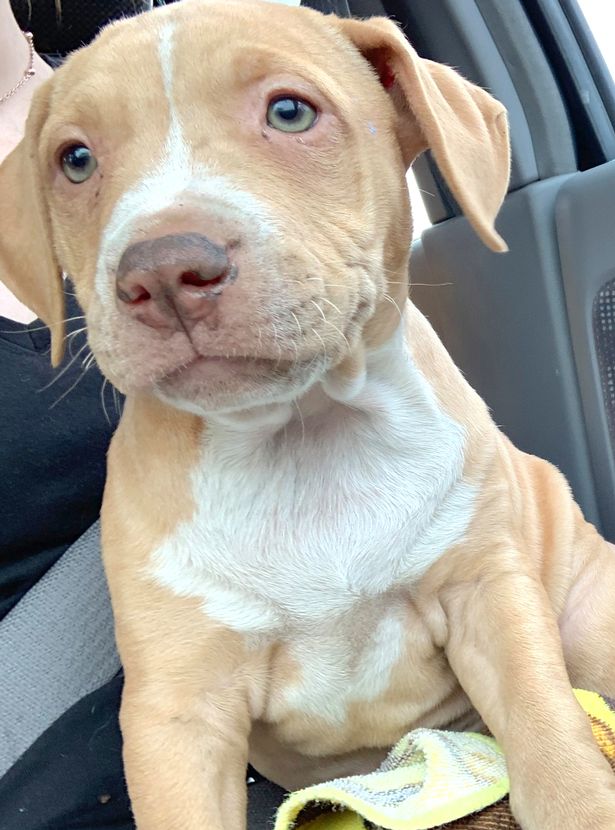 "I made a resume and cover letter as well, just to show her that I'd be well suited for the role of a responsible dog owner.  I went to the shops and bought her some lollies as well, just to put her in an even better mood."

Kayla didn’t know if her plan would work but she knew she had to try.  Lucky for her and Bandit her mom changed her mind and gave her the greatest Christmas present ever.

« California Firefighters Rescue German Shepherd After It Chased A Cat Up A Tree
Dad Builds Stick Library At the Local Dog Park, Now All Dogs Can Play Fetch »