When this adorable black and white stray dog wanted some belly rubs, he didn’t let a soccer game stop him.

The cute pup must have needed some attention and he wasn’t about to let a soccer game get in his way. In fact, in delighting spectators, the adorable pooch ran straight out onto the soccer field looking to have some fun with the team. 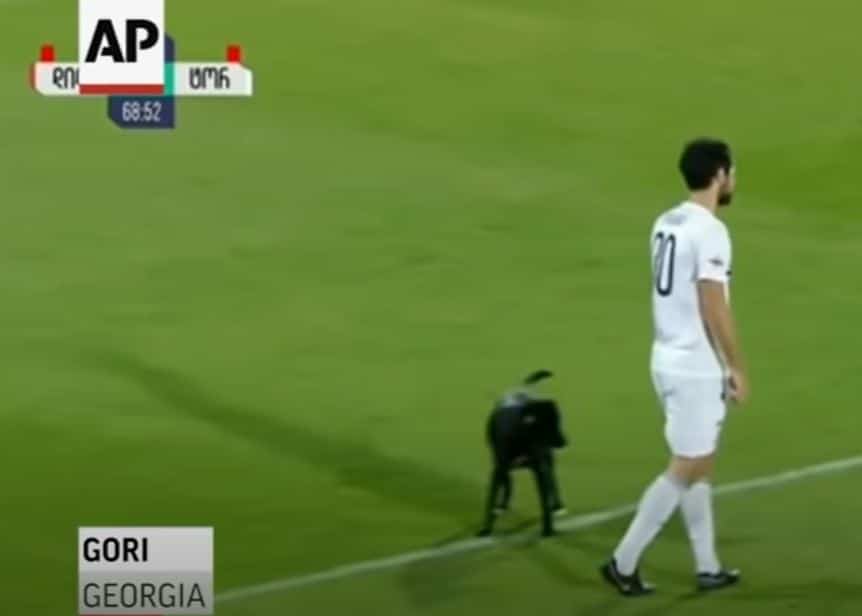 The pooch interrupted the National Football League match in Gori, Georgia to the delight of the players and fans. He playfully ran out onto the field clearly looking for a good time. Who can blame him?

All he must have seen was a large green field, freshly mowed grass, a ball, and lots of people having fun! It must have been the dog’s idea of paradise when he pranced out onto the field and began running around and approaching the team members. 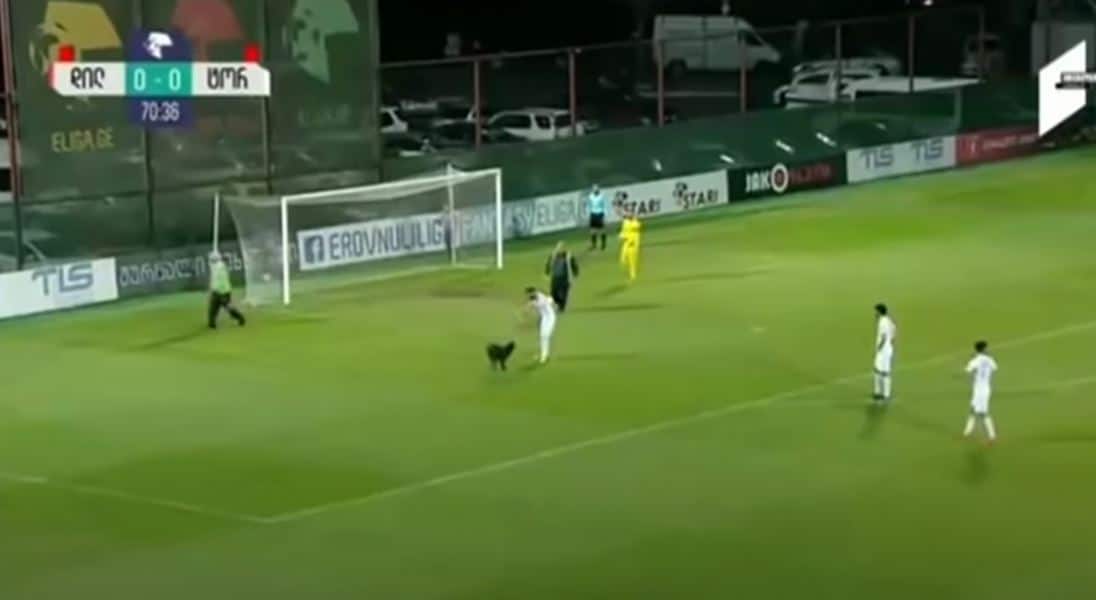 As the dog happily runs around, the fans can be heard shouting and laughing in the background enjoying the pup’s antics as much as the pooch is. He acts as if he thinks he’s part of the game as the teammates try to round him up and off the field.

Finally, the dog approaches the goalie and looks like he wants to play some more when he rolls over and asks for some belly rubs. The dog is adorable and couldn’t be any cuter and he’s not done there. 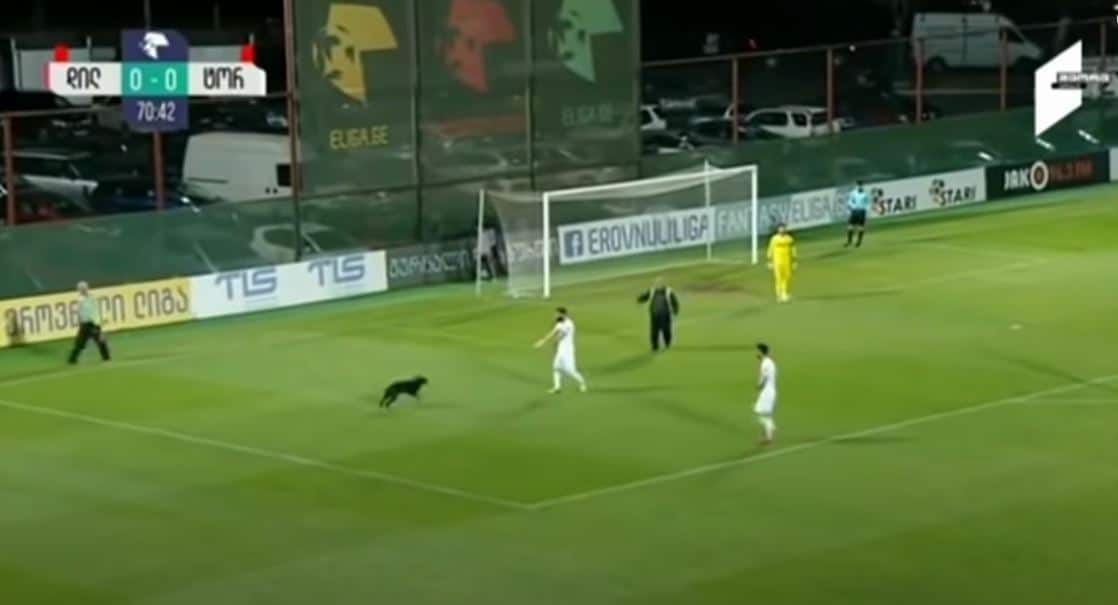 He continues to try to play with the players, enjoying his 20 seconds of fame. He bounces around as the players try to lead him off the field. The pup is just having a good time and is oblivious to the fact that he’s interrupted their soccer game.

We hope with all the attention he received, someone took the sweet dog home because obviously he just wants to be with people and could not be any cuter! 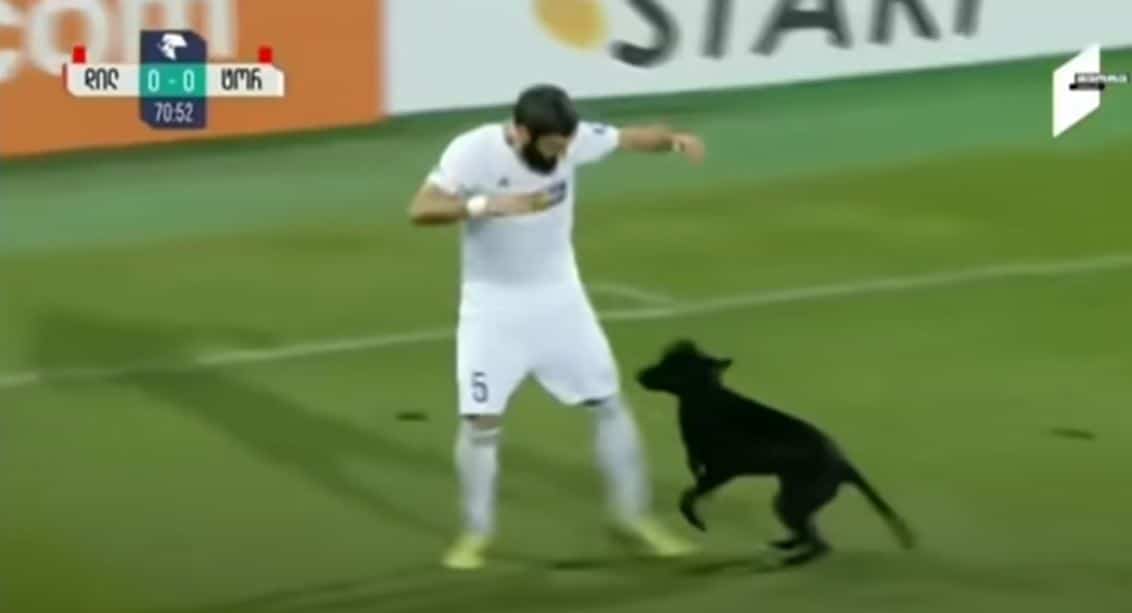 Please share his adventure with your family and friends.