The smallest drug-sniffing police dog “ever”, Midge the rat terrier Chihuahua mix served the police department in Geauga County Ohio for over 16 years. In fact, Midge holds the Guinness World Record for being the smallest police dog in the world but she’s known for much more than that.

Handled by Sheriff Dan McClelland, Midge could get into places the big dogs couldn’t. Unlike more aggressive police K9s, sweet Midge would gently search vehicles without tearing up upholstery or leaving dirty paw prints. Fitting under cars or other small spaces was never a problem. 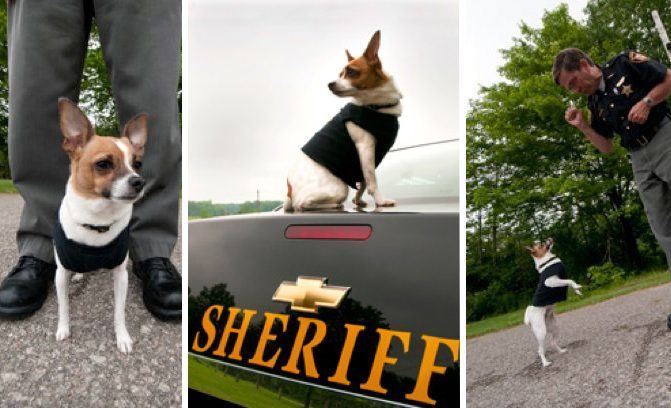 The devoted K9 was with Officer McClelland 24/7, according to Sheriff Scott Hildenbrand of Geaugua County. She was McClelland’s constant partner and companion and she dearly loved him.

McClelland was a 40-year veteran with the police department. He spent his life serving the community. Many of those years partnered with Midge. Then one day after he had retired, everything changed.

McClelland was diagnosed with brain cancer. The lawman then spent his days fighting the disease but devoted Midge never left his side. That is until she had no choice.

On April 14th, Sheriff Dan McClelland sadly lost his battle with cancer and passed away in a hospital near Cleveland, Ohio. He was 67-years-old. Six hours later, Midge died of a broken heart. 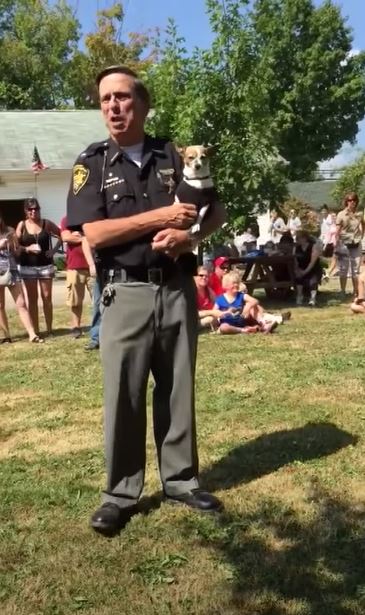 Sheriff Hildenbrand says he equates her death as the ‘couple whose been married for seventy years then pass away within hours of one another.” There is no doubt that Sheriff McClelland was Midge’s life. For many years, the two enjoyed serving their community together.

McClelland was also known as Sheriff Dan. He and Midge were often recognized in the community and always willing to stop and talk to Midge’s adoring fans. The team had many appearances on daytime television shows and mentions in national magazines. Midge maintained her K-9 certifications until their joint retirement.

After retirement, Midge, Sheriff Dan, and his wife hit the road, traveling around to see the country. Sheriff Hildenbrand said:

"He spent 44 years protecting people in this county and, quite frankly, he loved his job, every minute of it. I thought he'd never retire.” 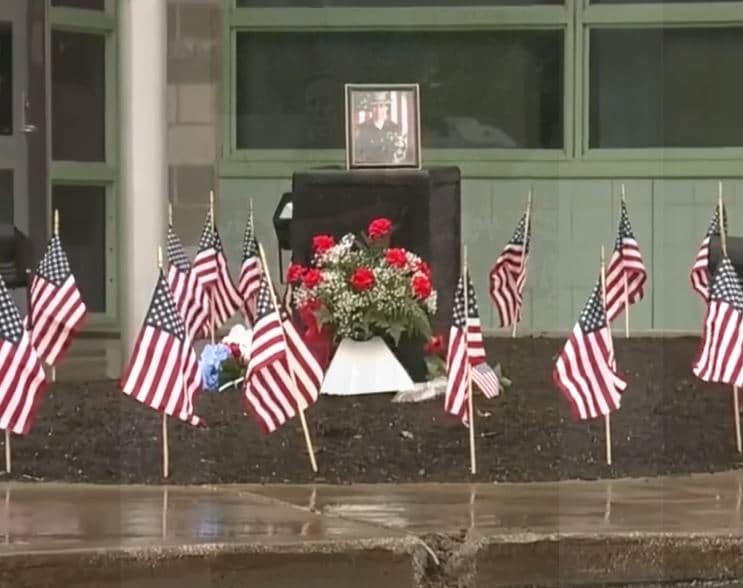 “McClelland was a good leader who always had the best interest of the county and community in mind,” Hiscox said.

"He was fair and was not afraid to make a decision," Hiscox said. "He was always willing to listen, but when he made a decision it was final."

Sheriff McClelland and Midge were buried together, as they spent many years, by each other’s side. Please share their sweet story with your family and friends.