Finding himself alone in the dark after escaping from his house, this adorable puppy quickly changes his mind and wants back inside. The only trouble is, the door is closed so he has to ring the bell and wait for someone to come let him back in.

Have you ever made a split second decision and in then in the next moment deeply regretted it?  Well that’s exactly what happened to this adorable Golden Retriever puppy named Marshall that lives with his family in Spokane, Washington. 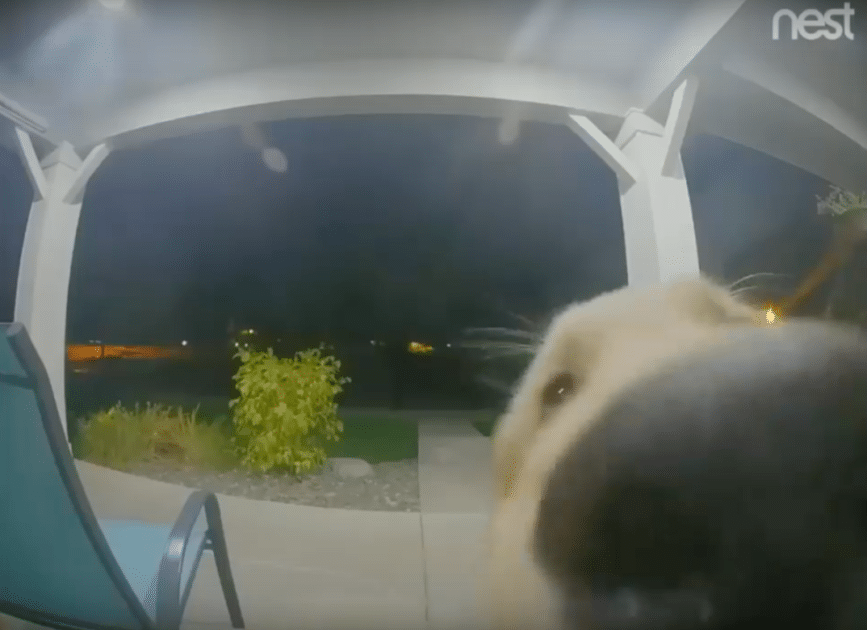 Marshall is only four months old and learning about life.  He’s still at the impulsive puppy stage where everything is game until it’s not.  We’re sure he thought sneaking outside all by himself would be a fun adventure.  But one look at the dark street and he realized being alone was not as fun as he first thought it would be!

Realizing his mistake, he turns around and starts scratching on the door.  No one comes but since Marshall is a smarty, he begins to ring the doorbell with his nose, which makes a funny knocking sound. 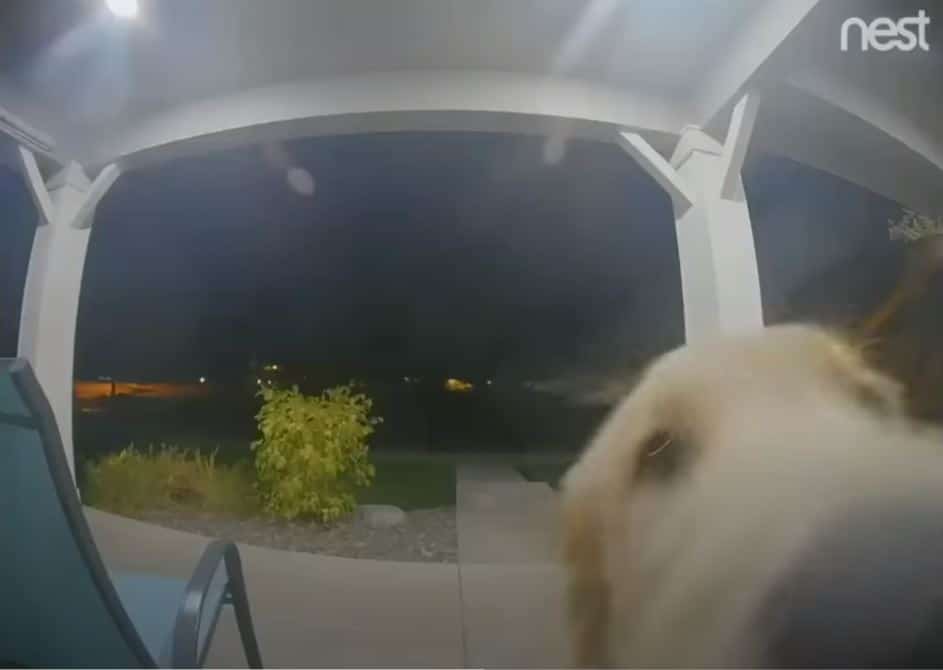 The family had a surveillance camera that captured his boop of a snoot tapping on the doorbell…knock, knock, knock, knock.  The video is hilarious to watch as Marshall looks over his shoulder to take a peek around while he waits to be saved.

Fortunately, someone heard him and let him back inside.  His owner Greg Basel shared this video so all of us could share a good laugh.  Hopefully the adorable Marshall learned his lesson and he’ll never sneak out again.

Please share his cute antics with your family and friends.