When Marilyn and Aleksandr Dmitrier spotted a sickly puma at the Saransk Zoo in Penza, Russia, they knew they had to save him. 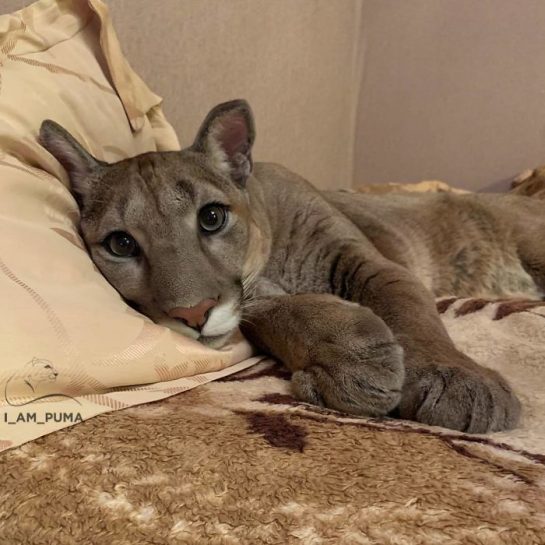 The 8-month-old puma was one of 3 cubs born at the zoo.  He had been suffering from health problems since he was 3-months-old.  The Dmitrier’s had always dreamed of owning a big cat and deep down in their hearts, they knew they wanted to help him. 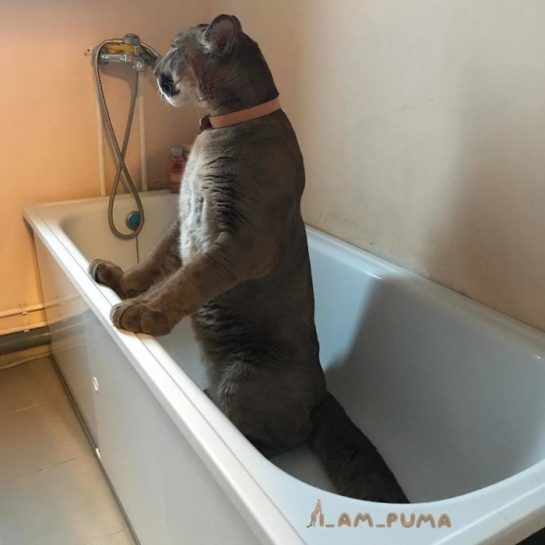 The couple didn’t enter into their decision lightly and for several days considered the morality of owning an exotic pet, such as a large cat, and having it live in their home.  In the end, they wanted to save the puma and came up with a plan and approached the zoo about purchasing the cat. 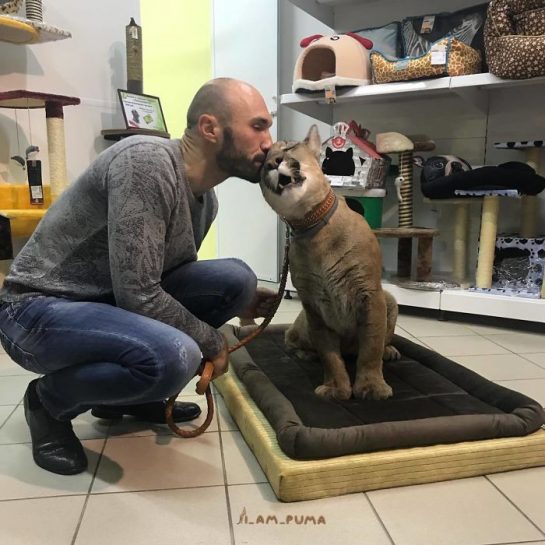 Much to their surprise, the zoo agreed and they worked out the negotiations.  They bought the cat and named him Messi, after the world famous soccer player.  Messi was very weak and needed lots of medical care and attention. They were devoted to him and in his new home, he received both and began to get stronger. 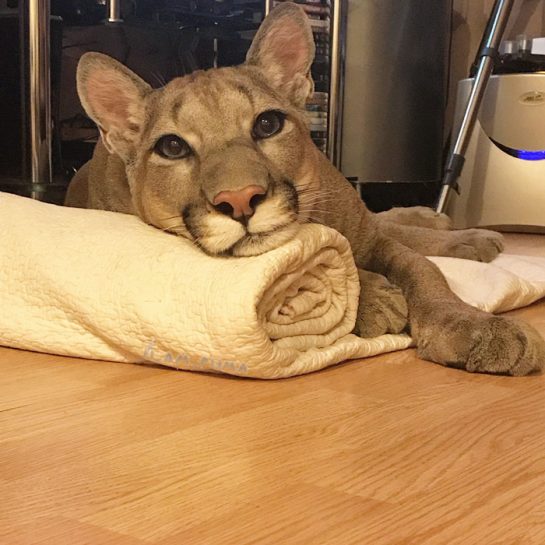 Up until that time, Messi had led a very inactive life so his new owners started taking him on walks twice a day.  In that sense the cat was much like a dog, according to his owners. 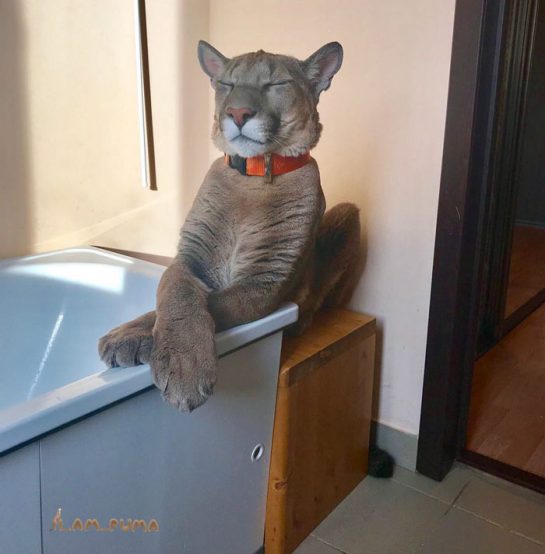 They also found Messi a dog training school that was willing to allow him to attend.  He was enrolled and began his training.  He now knows 10 different commands.  You’ve got to wonder what the dogs thought of the big cat in their class. 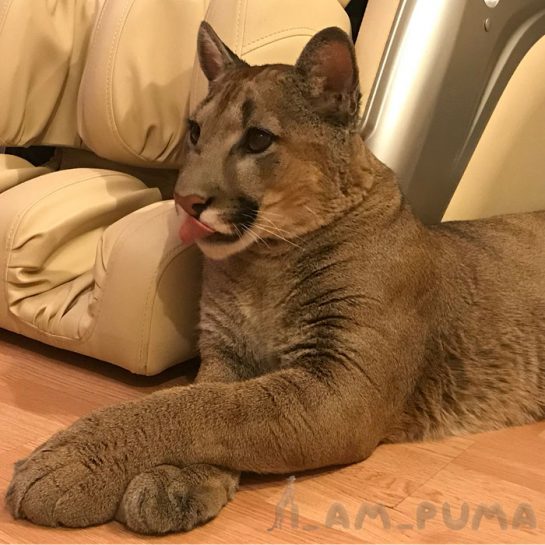 His owners say Messi is very well behaved and a kind animal.  They do, however, recognize the dangers of owning a large, wild animal.  They say he gets along as part of the family and is very friendly with people.  According to them, in many ways he is just like an ordinary cat, only much bigger. 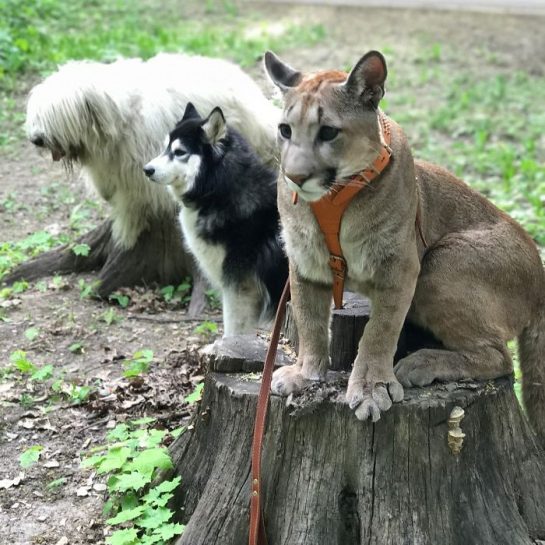 Messi can never be returned to the wild and his owners are dedicated to providing him with a safe and healthy life.  Pumas grow to be 2’ – 3’ tall and up to 120 lbs – 220 lbs.

Please share Messi’s story with your family and friends.