Luciano Pavarotti is one the most beloved tenors of all time. He sang operas, arias, and even broke into popular music. Despite his popularity, most people don’t know that his music was going to the dogs, or dog in this case.

Meet Hugo Fox, also known as, Opera Dog. Hugo loves opera but he can’t get enough of his idol, Luciano Pavarotti or Pawvarotti, as this opera dog would call him if he could speak. While he may not be able to speak, this pup sure can sing. 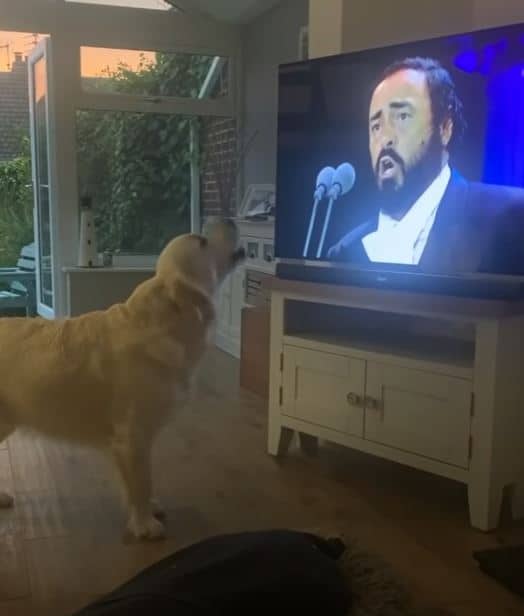 And, even though he can’t speak, that doesn’t stop him from showing us how much he loves watching his opera videos on television. He shows us just how much by signing along, as he watches his favorite tenor, Luciano, sing Nessun Dorma.

As the beautiful golden retriever stands watching in front of the television, he joins in and sets his doggy opera voice free. He howls and sings along with one of the world’s best singers and does a great job! 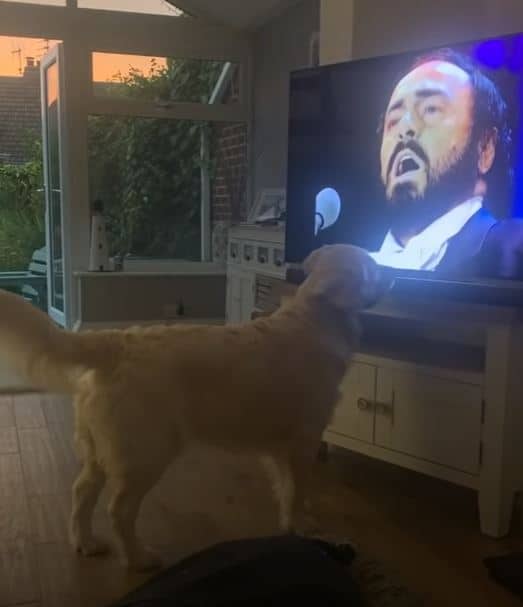 Along with Pavarotti, Hugo also happily likes to sing holiday songs by Andrea Bocelli, the tenor José Carrera, and the spectacular Sarah Brightman. You can see all those and more on his Instagram.

Hugo is a talented good boy who seems to really enjoy his musical gift. His vocals harmonize along with whatever music he’s watching on video as his tail wags along. He gets louder and softer right along with the performer. 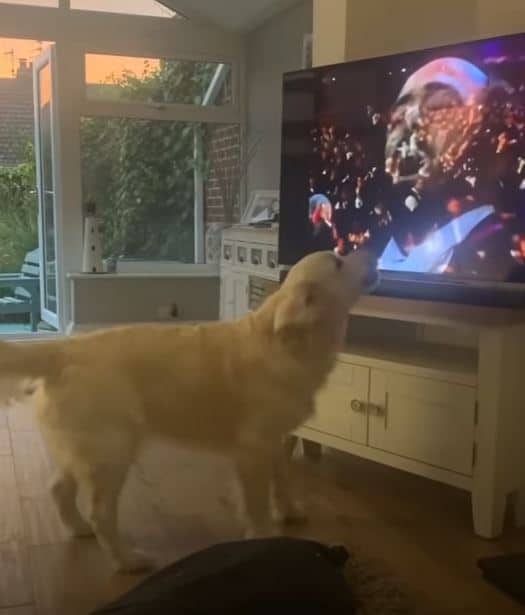 Along with singing opera, Hugo loves to play with his stuffies, travel, explore, go to the beach, eat doggo treats, nap, and meet new animals and people. You won’t be able to get enough of his cuteness!

Be sure to pass this adorable boy onto to all your family and friends. Watch the video on youtube here.