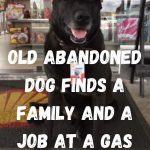 Pulling heartstrings across Brazil is a four-legged gas station employee named Negão. Abandoned by his owners due to his old age, Negão was taken in by the owners of the gas station and he has proved a huge hit with customers. So much so, he even made the national news! Negão likes nothing more than greeting everyone who comes in with a huge grin and a wagging tail. Now he even has his own uniform with a name tag and everything! 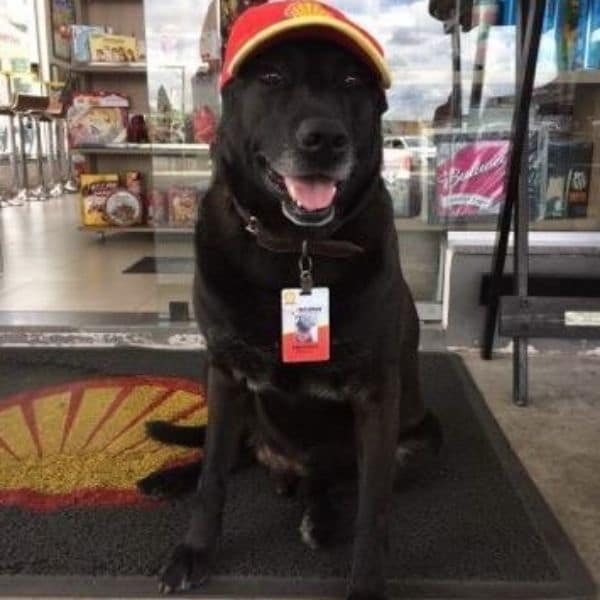 Unfortunately, Brazil and many other parts of South America have many stray dogs. Negão would have been just another drop in the ocean until a very kind couple decided to take him in. The owners of the gas station first met him when he would loiter around the construction site when it was first being built. When locals told them he wasn't always a stray, but he had been abandoned they took pity on him. 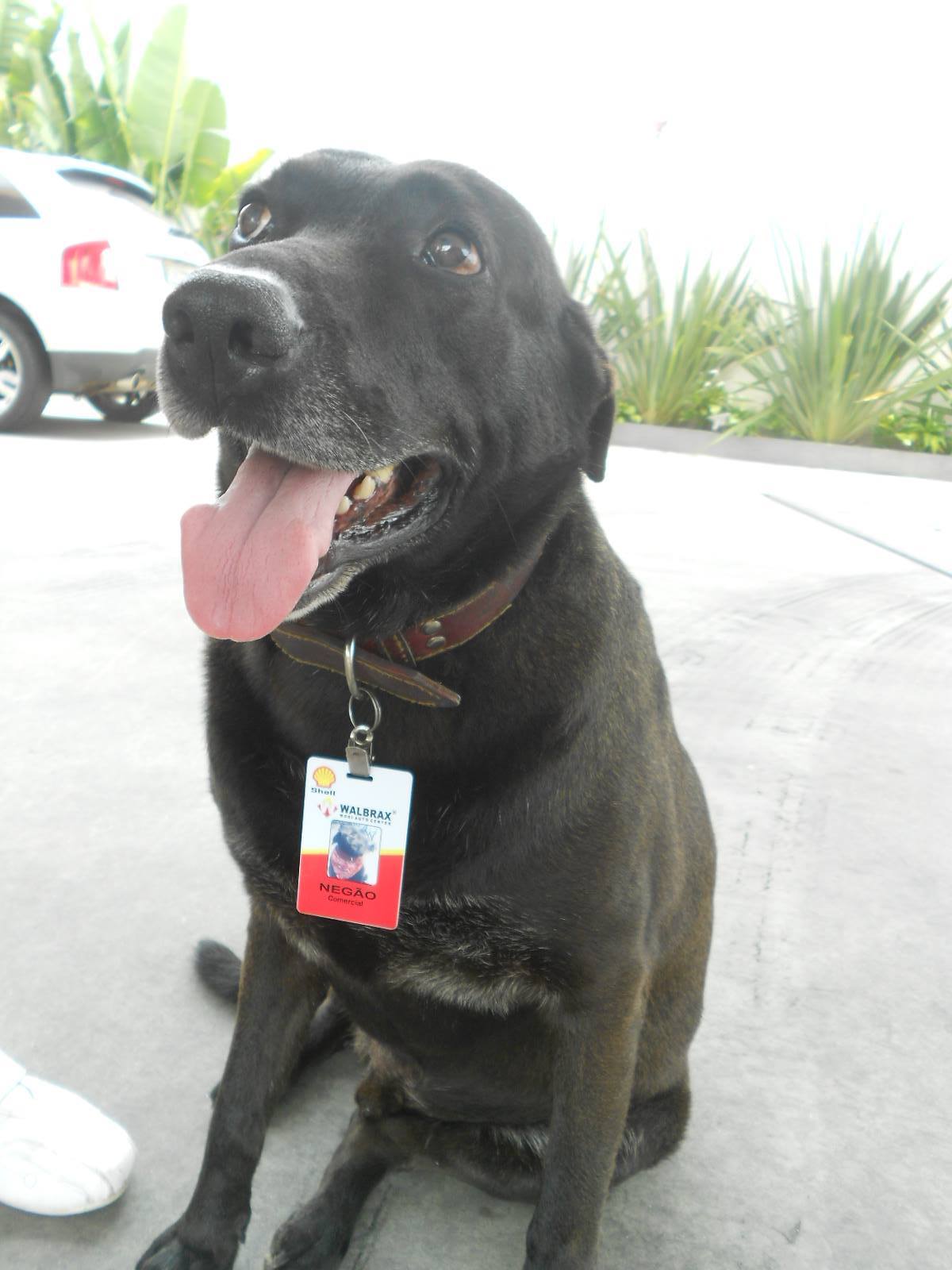 After taking Negão home they took him to the vet to get all his vaccines up to date, a warm bath, and a nice comfortable bed for him to sleep in, he soon had a huge smile constantly on his face. Hanging around the entrance to the gas station to say hello to everyone, it wasn't long before the owners made him an official employee. 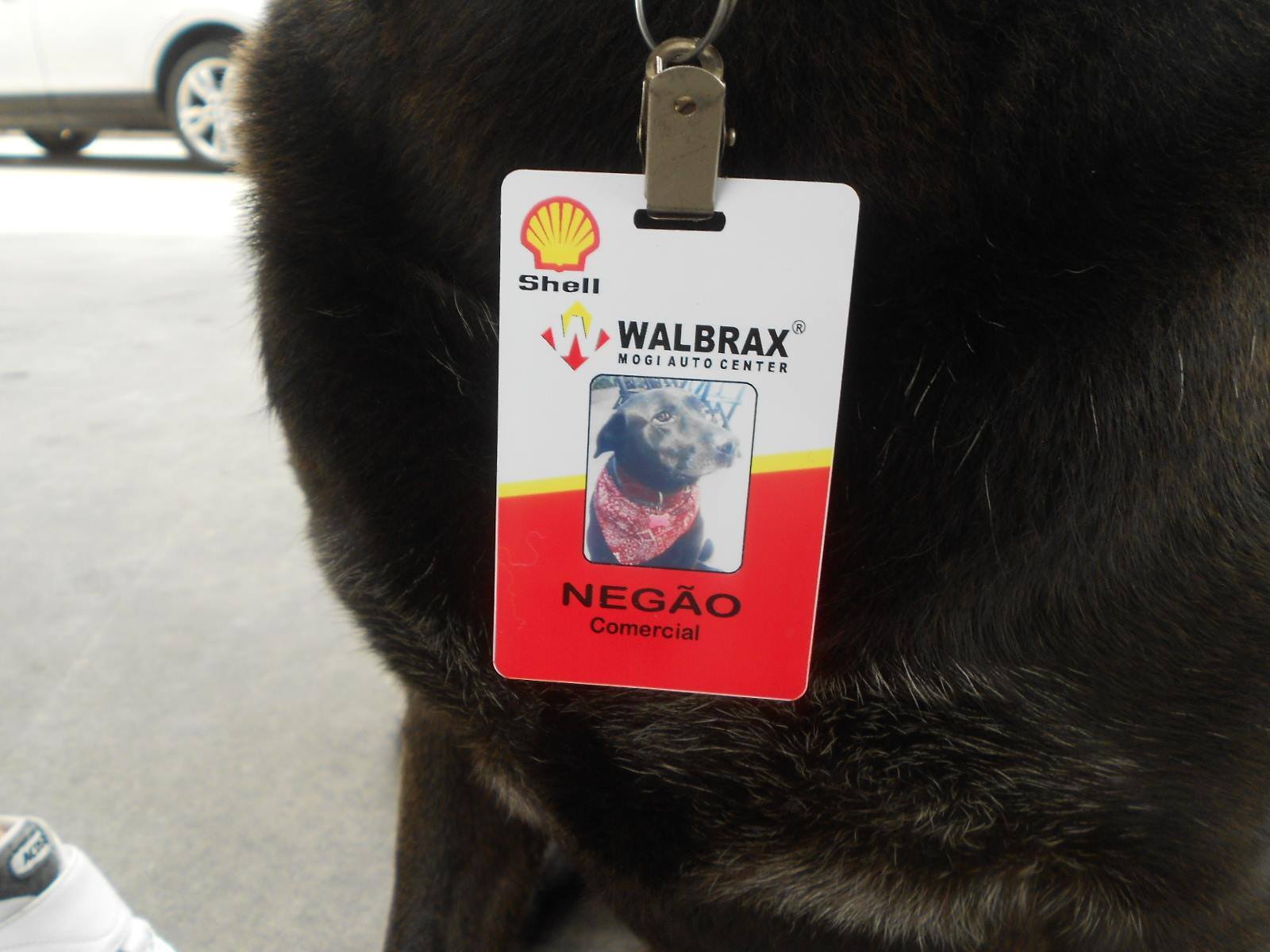 Negão proved to be such a star attraction, people were coming to the station just to see him, even when they didn't need gas! Hilariously, his owners had to put a sign up to ask people to stop bringing him treats because he was getting so fat! So now it's only toys the locals are allowed to bring him. 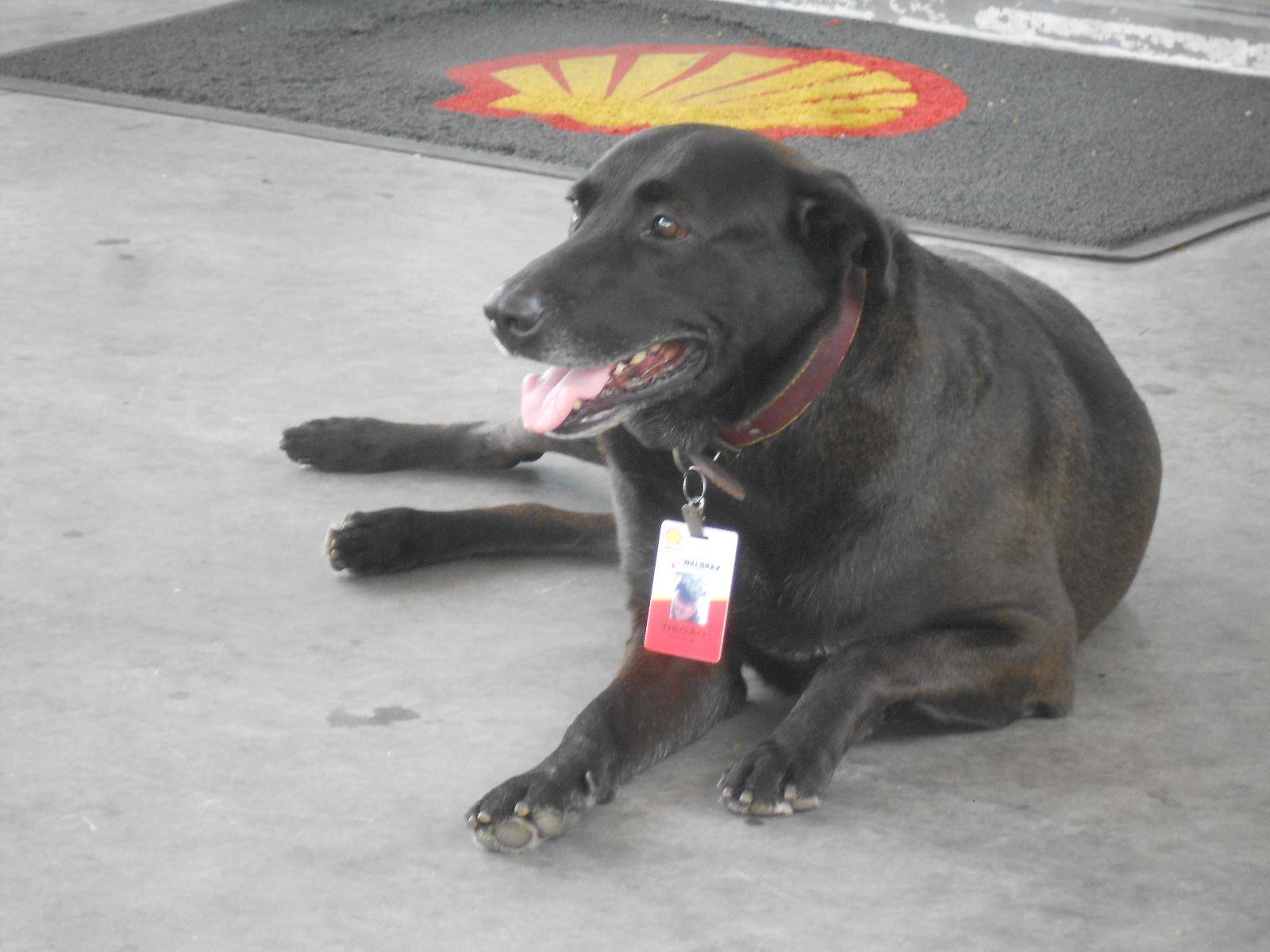 The gas station is open 24/7 and you will always find Negão there apart for a few hours each day when he likes to go a walkabout town. They like to call this his 'break', but he always comes back for his work duties. Everyone knows him and he is greeted like a local celebrity everywhere he goes. 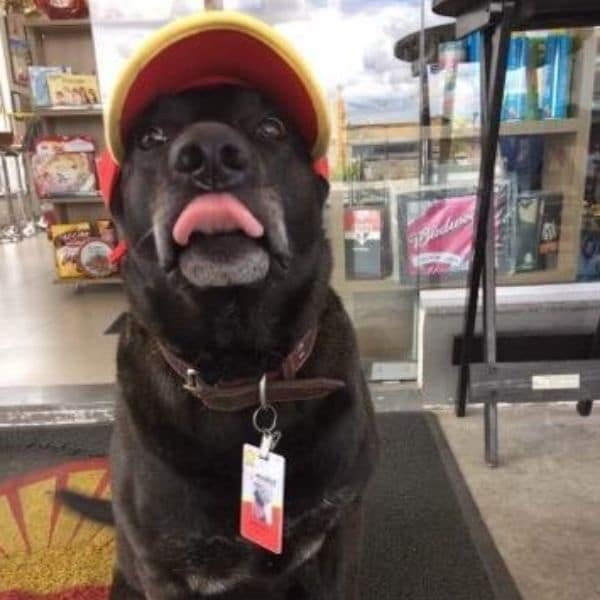 Negão's story doesn't end there. After seeing him on the national news, the charity Grupo FERA set up a foundation to encourage businesses to look after stray dogs. Negão's positivity after going through so much trauma has now spread across the country with many businesses signing up.

Dogs have so much love to give, they just need a chance like Negão.