Marin Humane Society takes in abandoned animals all the time. They always take the animals in for examination to see what condition they are in and if they need any medical attention.

So, when two frightened dogs were surrendered to the Marin Humane Society, they actually saw that one of them had recently birthed a litter of puppies!

"When she was surrendered to us, she was really scared and acting aggressive. We could barely examine her," Lisa Bloch, director of marketing and communications at the MHS, tells The Dodo. 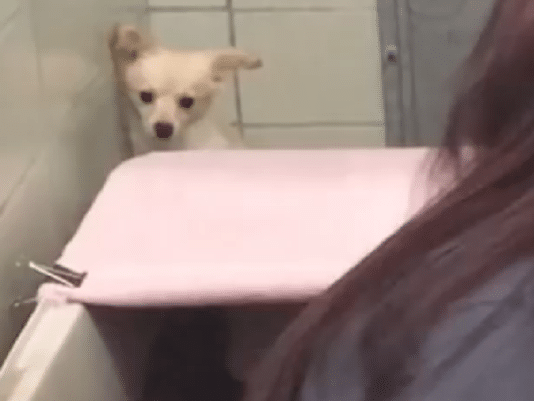 It took some detective work and a lot of convincing, but the team was able to find the person who had the puppies! And they were able to get them to surrender the puppies, as they still needed their mama and were not in a safe situation.

"We got back in touch with the people and convinced them," Bloch says. "It did take some convincing, which is unfortunate. But we were able to convince them to surrender the rest of the puppies."

Thankfully the moment of the mama getting reunited with her puppies was caught on video. There wasn’t a dry eye in the place!

"As soon as she heard them make a little squeal, she ran over," Bloch says. "Her personality just blossomed." 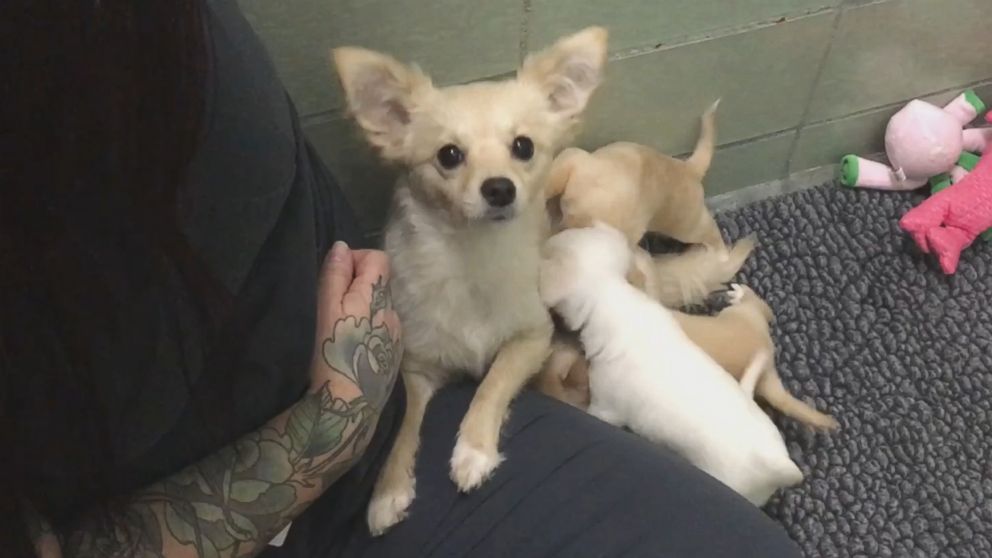 After seeing this video, people from all over the world wanted to adopt the dogs. The shelter decided to keep the adoption process within the USA and hundreds of people were hoping to get the chance to adopt the dogs.

"All of the puppies (and their mother!) have found their forever homes," the shelter wrote on its Facebook page

What a sweet story! We are so glad it turned out the way it did.

« 25 Hilariously Cute Pets Dressed Up For Halloween
Pit Bull Spots Human Sisters Having Fun Jumping On The Bed, Decides To Try It For Himself »