The hysterical meme called “Two Women Yelling at Cat” has been going viral on Twitter, Facebook, and other platforms since June 2019.  The meme of a confused cat getting yelled at by two women gained traction after it was originally tweeted by @missingegirl.

In the original tweet, @missingegirl took two photos, one of a gorgeous white kitty known as Smudge and the other of Taylor Armstrong and Kyle Richards of The Real Housewives of Beverly Hills.  She cropped them side-by-side shared the hilarious picture depicting the two housewives angrily pointing and screaming at the confused cat, who is sitting at a dinner table behind a plate of tasty vegetables. 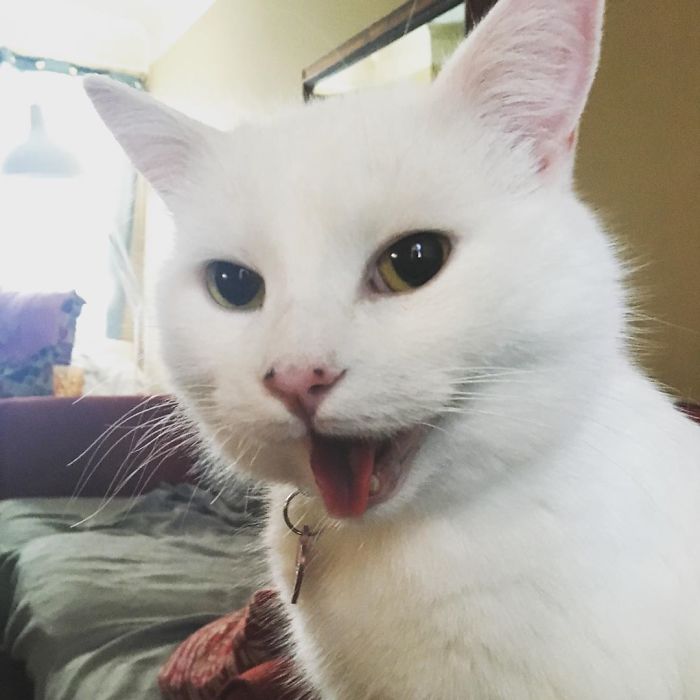 The popularity of The Real Housewives is obvious but did you know the cat known as Smudge is also a celebrity in his own right?  He now has 1.2 million followers on his own Instagram page!  According to his owner, Miranda, Smudge is actually very shy albeit loving and loves to follow her around the house.

The famous picture happened one day as Smudge – Table Cat took his seat at the dinner table, as he always does.  According to his page, Smudge hates vegetables and is “chunky yet funky.”  He is also freaking adorable! 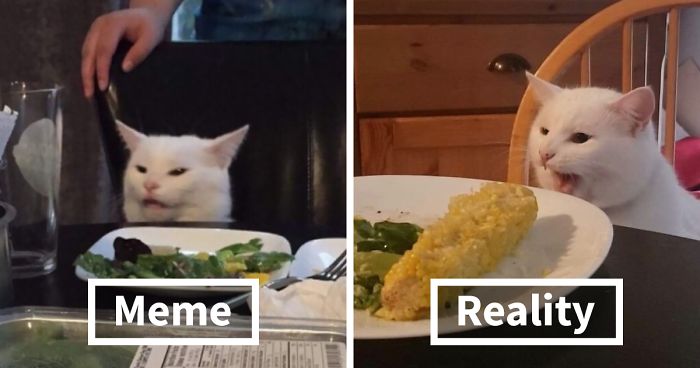 If you want to see more picture of Smudge, head on over to his Instagram page.

Please share this fun story with your family and friends and keep an eye out for the super cute Smudge!