In 2014, Marine Sergeant Jacob Fisher Was deployed for his third tour in Afghanistan. One day he found a tiny puppy stuck in a trap just outside of the base. He got the puppy out and brought it back to the base.

Soon all the Marines fell in love with the little puppy whom Fisher named Jax. Jax and Fisher grew to love each other very much.

“It’s amazing how something so small, a little dog like Jax, can just cheer you up when you’re having a bad day,” Fisher said. 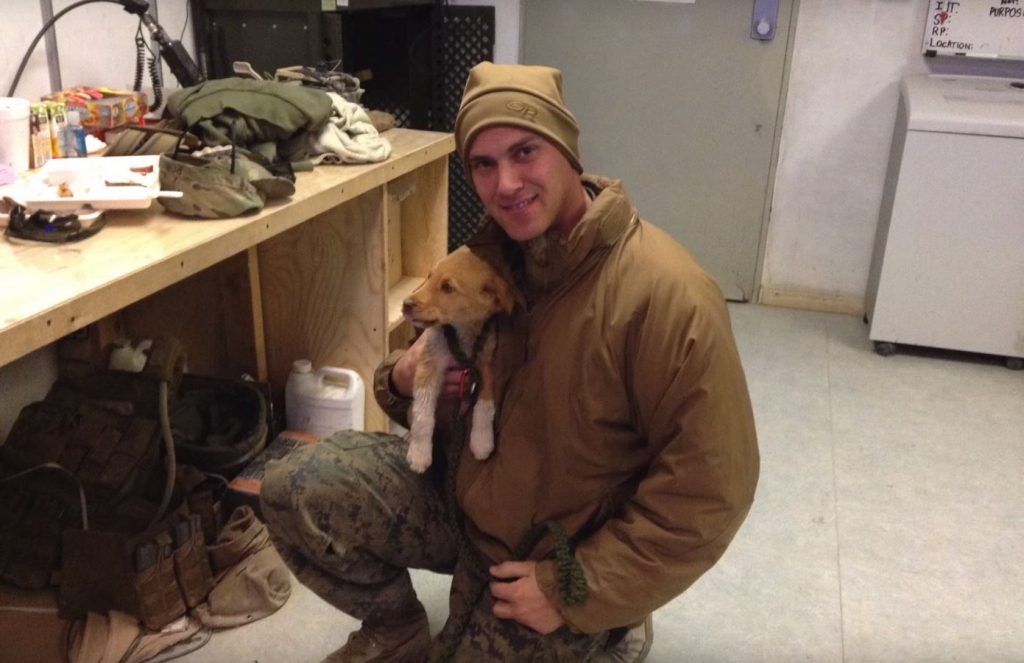 When it was time for Fisher to go home after spending 7 months in Afghanistan, he knew he had to take Jax home with him. 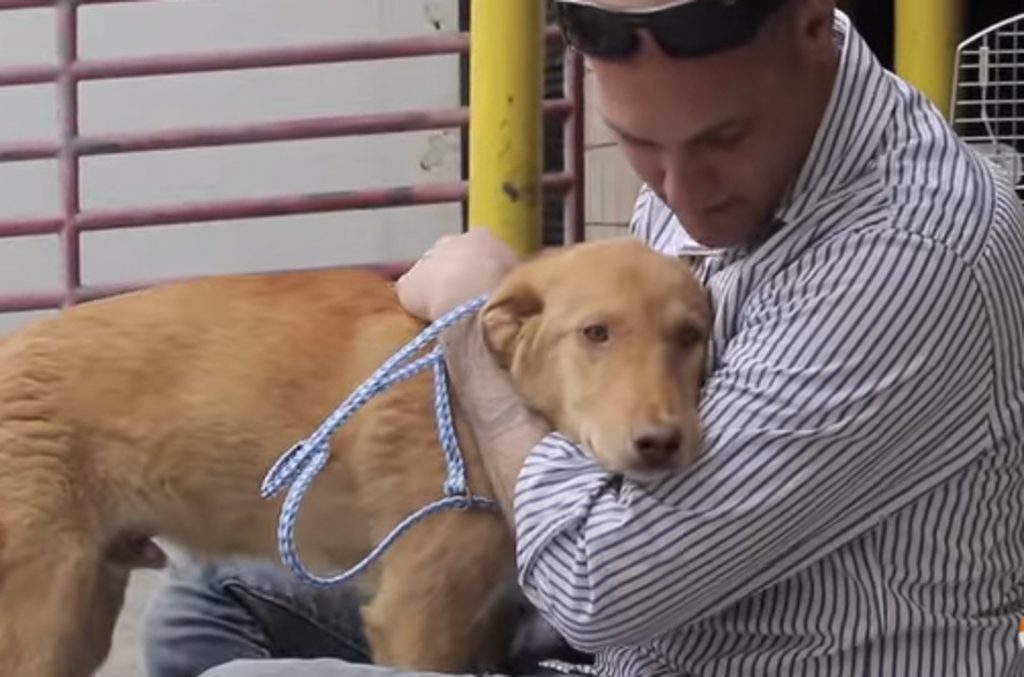 After being home for two months, Fisher finally received word that Jax had left Afghanistan and was heading home to California.

Fisher, his wife Michelle, and his son went to the airport to pick up Jax, but his son had no idea who they were picking up, as it was a surprise.

They waited excitedly for Jax to arrive, wondering if he would still recognize Fisher. 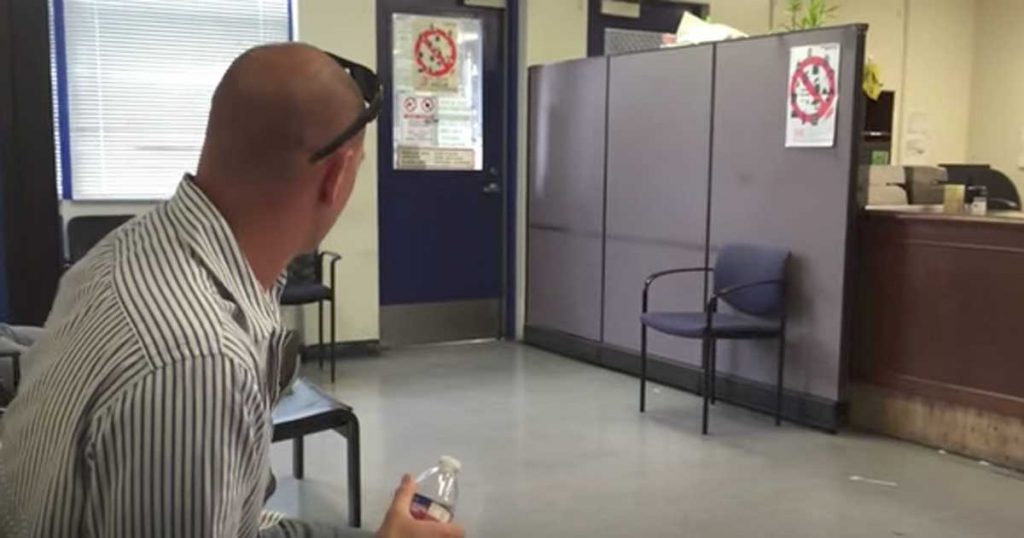 As soon as Fisher went out to meet Jax, you could see that he didn’t just remember Fisher, but was so excited to see him! 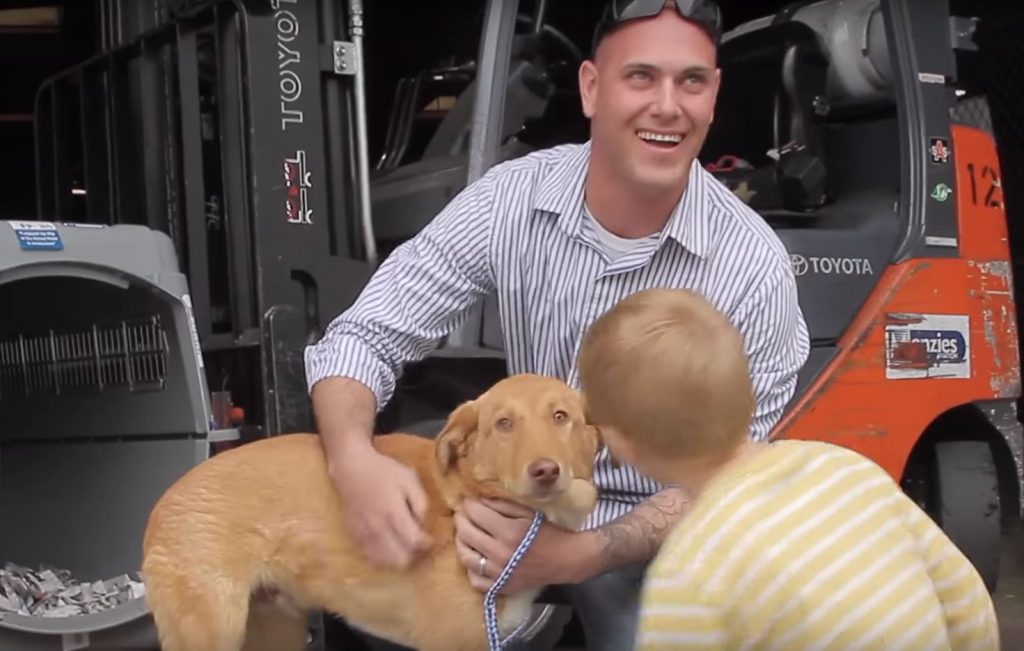 He had grown so much since Fisher last saw Jax, and they were ready to take him to his new home to get settled in.

A few months after the reunion, Fisher’s wife Michelle shared an update.

“I just wanted to post a quick update. Jax is doing really well. Him and our son have quite the bond which makes me so happy. He has lost all his puppy fur, so he looks completely different. He’s a very happy and energetic dog and we couldn’t be happier that he’s here with us,” Fisher’s wife Michelle wrote.

Fisher also started a Facebook page where he shares photos of Jax and his family. You can tell that Jax is definitely living his best life.

Now Jax and Fisher get to spend all the time they want together. Such an amazing story!