Man Tries To Convince Dog To Get Out Of The Pool, Determined Dog Is Having None Of It Grab a towel, hilarity ahead

Dogs are the most amazing animals on the planet.  They are so much fun to have around, but they can also be a handful when they decide they want to get their own way.  Like this hilarious dog did when he refused to get out of the pool, ignoring his owner.

In this video you can see a man trying to convince his black lab, Zeus to get out of the pool.  But Zeus is having the time of his life and refuses to get out.  The man finally gets his hands on Zeus’ front paws and pulls him out. 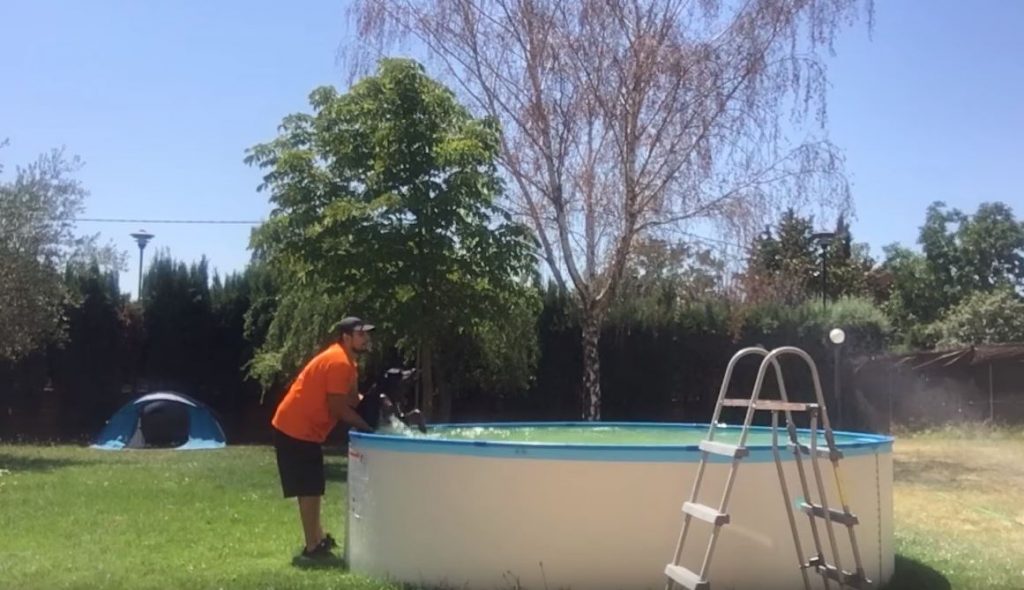 As the man faces the camera, you can almost hear him thinking, “Finally, let’s get inside.”

Then like a flash, behind him Zeus makes a run for it and, splash!  He’s back in the pool.  He swims and swims while is owner again tries to convince him to get out.  He even tries to reason with his dog and you can hear him say, “Zeus, you’re going to drown.”

As he follows Zeus around the perimeter of the pool, the obsessed dog swims away from him again and again, sometimes splashing and making jumping movements in the water.

Finally, it looks like Zeus is getting a little tired and starts swimming to the sides of the pool and his owner is able to pluck him out of the water, surely getting soaked in the process.

“Let’s go Zeus!”  Finally the soaked and exhausted pair must be heading for the house.  Oh wait – false alarm!  Zeus is back in the pool!

We don’t know how long this went on or how this surely exasperated owner is going to keep his dog out of the pool in the future but we thank them for sharing some laughs with us!

Previous Article
Little Boy Expected To Never Walk, Beats Odds With His Dog At His Side
Next Article
18 Hilarious Vet Signs That Will Have You Laughing