Twelve years ago one special terrier was rescued from the streets of New York and has been expressing his happiness - by SMILING. Brinks the Pit Bull has a remarkable habit of smiling exactly like a human. Owner, Jon Bozak noticed this pooch's rare talent the moment he first met him. 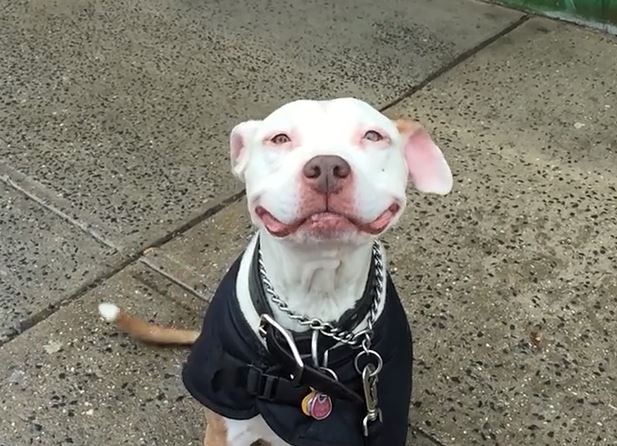 Jon said: “I think I first discovered brinks could smile the very first day I found him. I’d thrown him in the car and he got into the front seat and just kind of made himself at home. 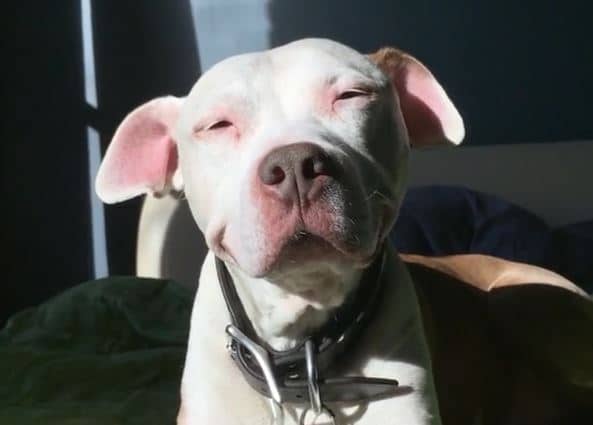 I really didn’t want to get a second dog, but as soon as I saw him smiling at the world passing by my car, it pretty much was a non-decision. The best decision I made." 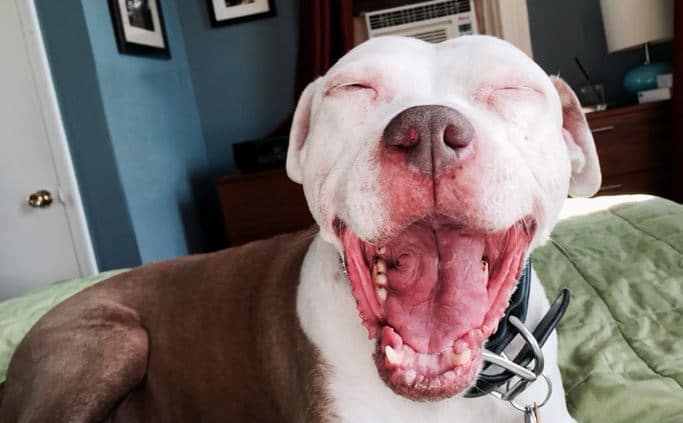 Jon spent the next two months putting up thousands of “found dog" signs around the city to no avail. So he decided to make Brinks a permanent member of his family and many years later, Brinks is showing his appreciation by revealing his pearly whites. 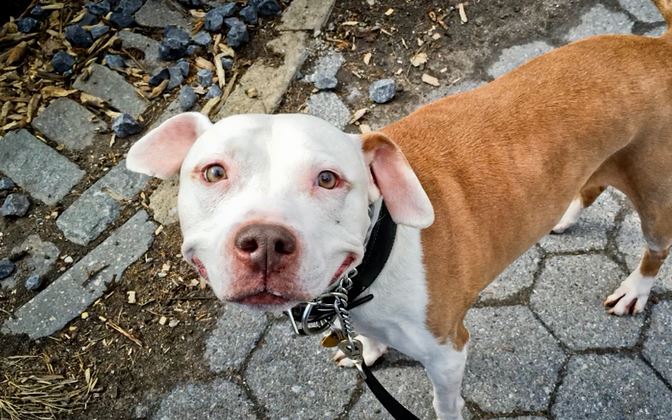 Jon, who works as a creative projects director, says that the dog isn't like a clown, walking through life and smiling goofily, but he does have the smile-like expression on his face constantly.

« Bulldog Puppy Cannot Get Enough Of His New Comfy Bed And It Is Adorable!
Dog Sings On America’s Got Talent, Receives Standing Ovation From Simon Cowell »