It was a normal day at the Detroit Zoo, when suddenly a male chimpanzee named JoJo falls into the murky water surrounding the new chimp exhibit and nearly drowns while zoo staff helplessly looks on.

The near tragedy played out one day when two chimps were playfully chasing each other around their exhibit.  One chimp takes a misstep, slips, and falls into the new six foot deep moat that is intended to keep the chimps safely in their exhibit.

Since JoJo could not swim, chimps are not buoyant like humans are, he was immediately in trouble.  Knowing that chimpanzees can be dangerous, are naturally territorial, and seven times stronger than humans, zoo staff knew they could not safely enter the exhibit

While horrified guests of the zoo watch in fear that the chimp is going to drown before their eyes, a brave onlooker takes matters into his own hands and leaps into the moat to save the nearly drowned chimpanzee. 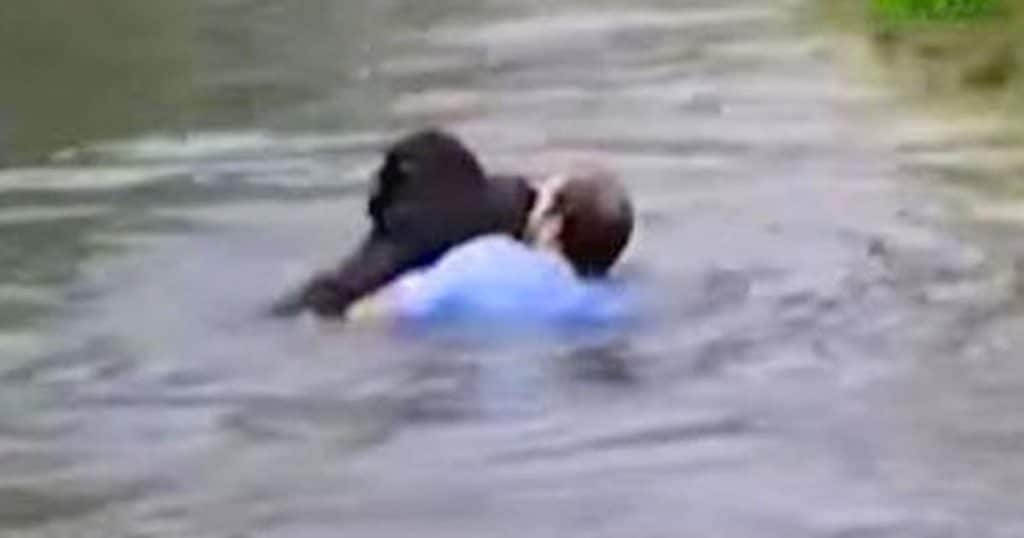 Now in the moat, Rick Swope frantically searches for the chimp, but JoJo is not easily found in the muddy water.  Zoo guests help guide him toward the chimp by yelling directions out to him while they plead with zoo staff to do something, anything to help save him.

Finally he is holding the large, black lifeless body in his arms and gallantly drags it out of the water and onto the grassy bank.  JoJo looks into his eyes and Rick rushes away before the other chimps have a chance to display any aggression toward him. 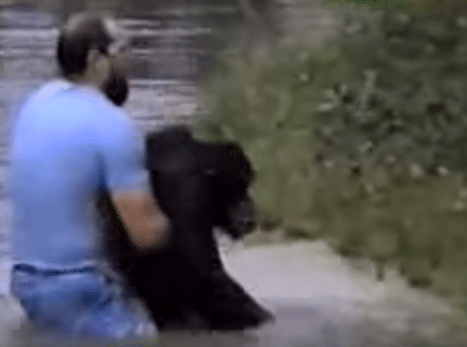 Thankfully for JoJo, Rick was there that day and saved him from drowning.  Since the other chimps could have easily attacked or even killed him, both Rick and JoJo are lucky they both escaped the situation unharmed.

Since Rick is also a husband and father, we’re sure his family is also thankful the events of the day unfolded like they did.  Certainly, JoJo owes his life to his bravery and selflessness.