Golden retrievers love the lake so it was no surprise when Susie decided she’d like to take a ride in the kayak of her owner, David, a retired orthopedic surgeon.

It all started one day when Susie hopped into the baggage compartment of the kayak without an invitation. It was obvious she wanted to go with David and be near him. He knew he would also enjoy her company so he decided to take her out on her first kayak adventure.

The outing went great and Susie went on to accompany David on many trips out on the water. Soon after, David and his wife decided to adopt another golden retriever named, Ginger.

There was no way that Ginger was going to be left out of the fun so David got busy working on plans to take her with him and Susie. He came up with the idea to cut a second hole into his kayak. 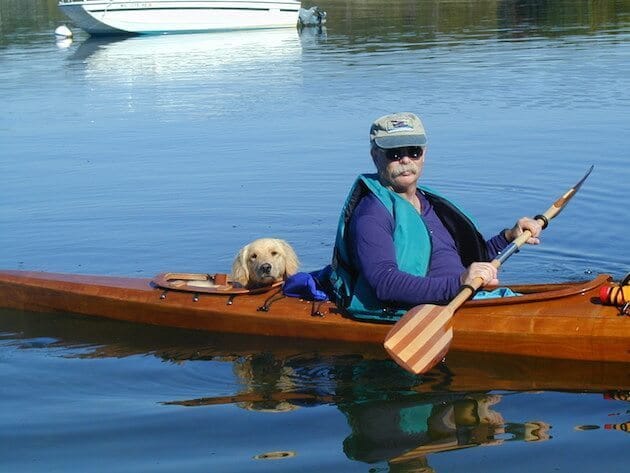 “When we got Ginger, I just put in another hole. It’s like a triple kayak, only there isn’t enough room for the paddlers to put their feet — but it’s perfect for a dog,” he said.

David, Susie and Ginger enjoyed many adventures out on the water together. David said, “They are trained to get in the kayak themselves on command. They sit down, and off we go. When we come ashore, they’ll stay seated until I tell them it’s OK to get out. They never hopped out into the water, actually.” 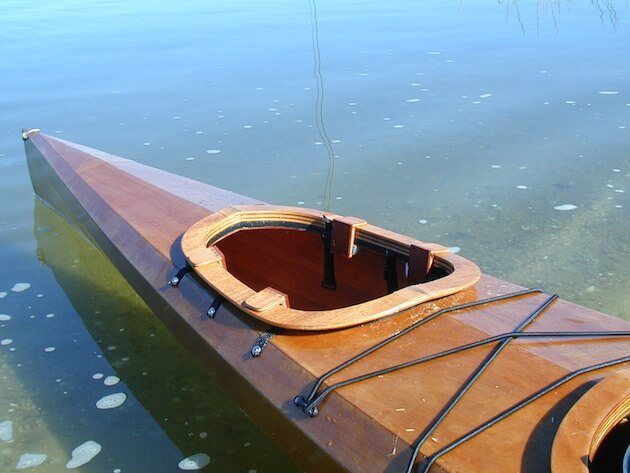 Sadly, Susie and Ginger have since passed away but David continues the heartwarming tradition of adopting dogs and training them to ride in the kayak. 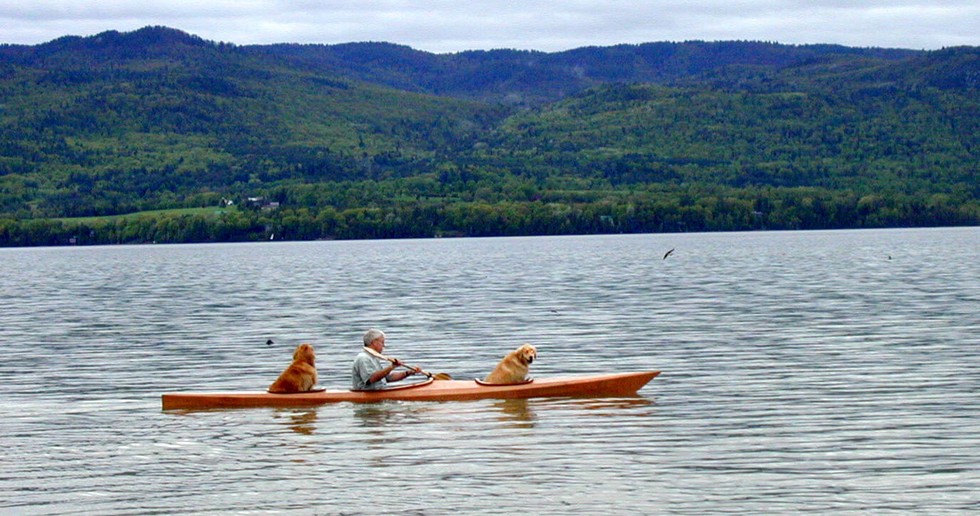 It’s obvious this kindhearted man has enriched the lives of many dogs and provided them with lots of love and fun adventures.

If you loved this story, please “Share” with your family and friends.