A K9 in California is heralded as a hero for his take down of an assault suspect accused of stalking and trying to run down his estranged wife after being stopped by police in a pit maneuver.

The K9, who formally served in the Marine Corps in Iraq, was captured on video blasting through a truck window.  The California Highway Patrol had previously shattered the window with a non-lethal 40 mm round to assist the dog in the take down of the accused suspect.

The man is seen flailing in an attempt to fight off the dog before he is taken into custody by Fontana police but he’s no match for K9 Duke, who holds on until he is subdued.

Duke and his handler Officer Neff of the Corona Police Department were called to the scene which ended in Corona, near El Cerrito Road, on the 15 Freeway.  The suspect refused to leave his vehicle and surrender to officers so the K9 was dispatched.  In no time, Duke apprehended the resisting man.

“where the suspect refused to exit his vehicle to surrender. Officer Neff and his partner K9 Duke responded to assist and gave several opportunities for the suspect to give up as well, which he refused. K9 Duke apprehended the suspect, and Fontana Police took custody of him.”

The suspect, 31-year-old Julio Ugalde Vasquez, was arrested and transported to a local hospital for treatment, according to Fox 11 Los Angeles. 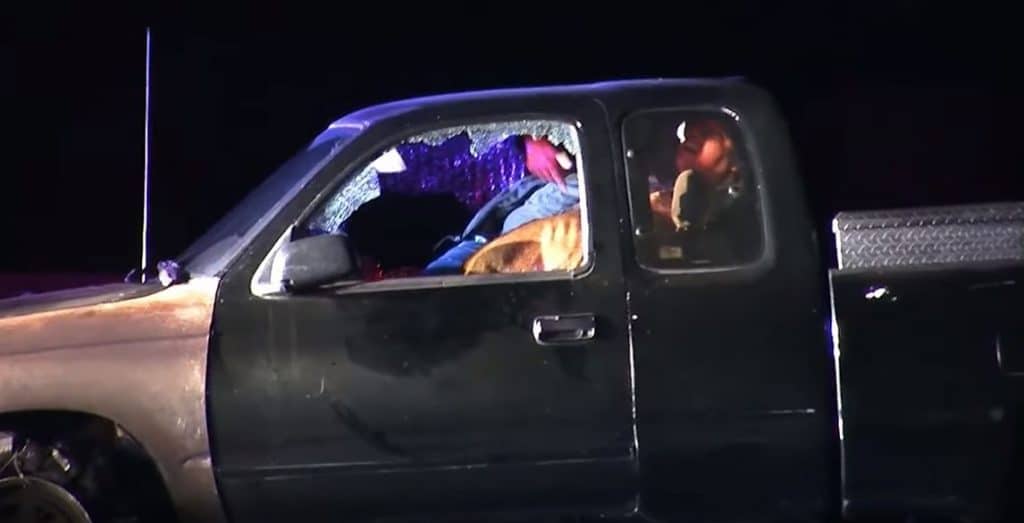 K9 Duke, a 5 ½-year-old Belgian Malinois  born in Holland, and the other responding officers, were not injured during the arrest.  The video of the dog going through the window has gone viral and Officer Neff has received many calls and messages about the take down.

We think this dog is totally awesome.  Please share his story with your family and friends.