The British love their tea and it is a daily ritual for many living in the United Kingdom.  It’s often paired with sandwiches, crumpets, scones, cake, and biscuits.  Traditionally, many take their “tea break” at 11 am, before the midday meal but also drink the hot beverage with breakfast.

Rarely is tea served with hay, except to this special police officer.  A police horse named Jake, who works for the Mereyside Mounted Section in Liverpool north of London, refuses to get up in the morning until he has his first cup of tea! 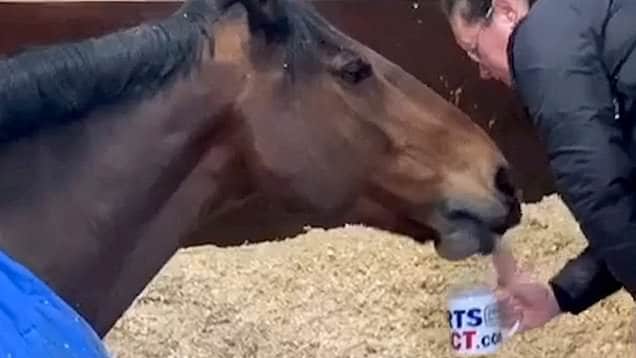 The officers say that Jake won’t get up until he has his first cup, he prefers to drink it with two cubes of sugar but will begrudgingly drink it with one.  The station shared pictures and videos of Jake lounging in his blue horse blanket, sipping his morning tea from a cup, which is nestled into the hay in the bottom of his stall.

"Jakes refuses to get out of bed until he is brought a warm cup of @tetleyuk tea,” the unit tweeted.  "Once he has drank this he is ready for the day."

The ritual began after Jake took his first taste of tea and really liked it.  From then on, the 20-year-old police horse insisted on having his morning cup before starting his busy day. 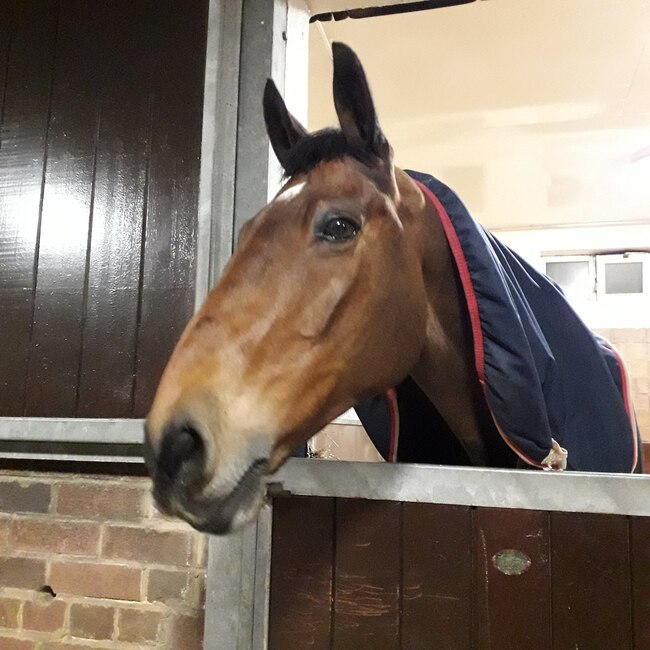 As he goes about his business, the hardworking horse will also try to take sips of tea from other people’s cups, if given the chance.

Jake has served with the Mereyside Mounted Police for 15 years and is set to retire in a year.  We think if he wants a cup of tea, he should have a cup of tea.  Don’t you agree?

Please share this cute story with your family and friends.

« Husky Lost In The Woods, Caught On Camera Making Friends With A Buck
Dog Runs Half Marathon By Mistake After being Let Out To Potty, Finishes 7th »