Husky Lost In The Woods, Caught On Camera Making Friends With A Buck This lost dog passed her time by making friends with a deer! The pictures are so sweet. 😍

You never know what pictures you might discover on a trail camera.  Deer, raccoon, even a coyote are pretty common to see.  Every once in a while, a trail cam might capture something truly unique, such as these heartwarming pictures of a husky and a buck making friends.

It all began last December when Rachel Howatt’s husky named Koda ran away from their Manitoba, Canada home.  Rachel searched everywhere for Koda, including the woods near their home, but could not find her anywhere.

Rachel was worried sick about her dog and hoped she would be able to find her unharmed.  After a couple days, much to the great relief of Rachel, Koda returned home seemingly happy and healthy.

Rachel said, “I unmistakably looked for her everywhere, but in the end, she just came back herself. She is very smart, so I did not doubt that she could find her way home.”

Although Rachel was happy to have Koda safely home, she could not stop wondering what her dog had been up to while she was missing.  After a few days, she asked her neighbor to look at their game camera footage to see if it captured any images of Koda. 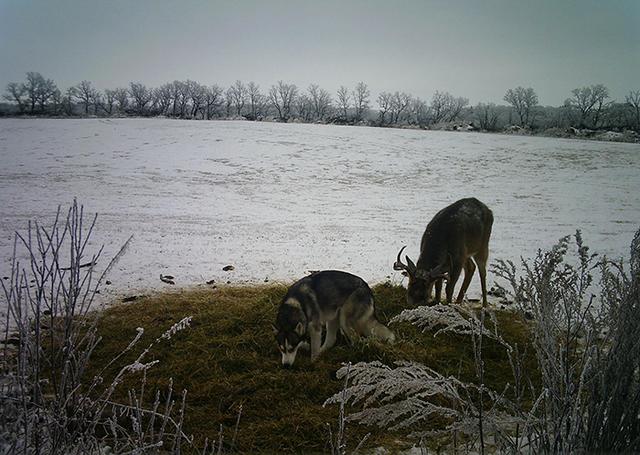 Sure enough, the camera did take pictures of Koda, beginning the first day she ran away from home.  The images also painted an amazing picture of just why Koda did not return home right away. 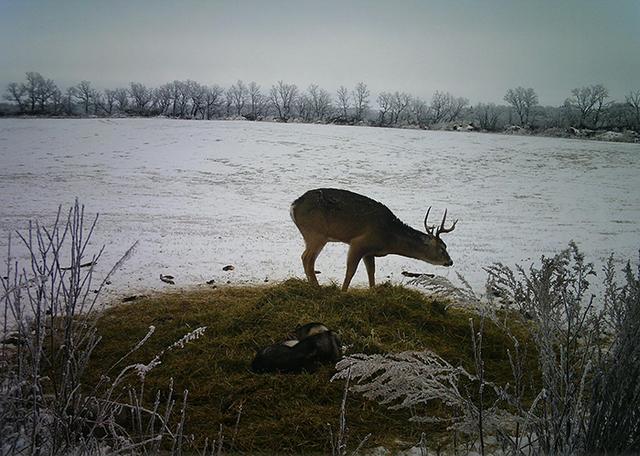 Apparently, she was busy making friends with a male deer she met in the woods!  The pair is clearly seen sniffing each other, eating, and even showed the husky curled up sleeping with the watchful buck by her side. 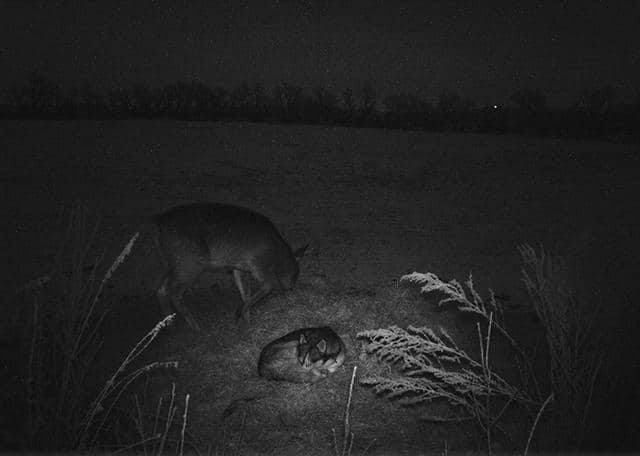 The two of them are so adorable and one has to wonder what prompted the unlikely friendship, since large wild dogs would be a natural predator of deer. But there they are, clearly unafraid and enjoying each other’s company.  What sweet friends they make!

Please share this amazing story of an unlikely friendship with your family and friends.

Jake The British Police Horse Won’t Get Out Of Bed Until He Has Had His First cup Of Tea
R. Smith December 12, 2019
PRIVACY POLICY | CONTACT US | Dog Dispatch ©All rights reserved.