When a two-week-old street kitten showed up near death, the Comeback Kids planned to nurse her back to help and find her a home. However, things were not going as planned until an adorable husky stepped in to comfort the kitten back to health.

The tiny kitten named Rosie was near death and refusing to drink milk. The rescuers tried to feed her every couple of hours, around the clock, but she refused. She was wasting away and near death when a sweet husky named Lilo took interest in the tiny cat. 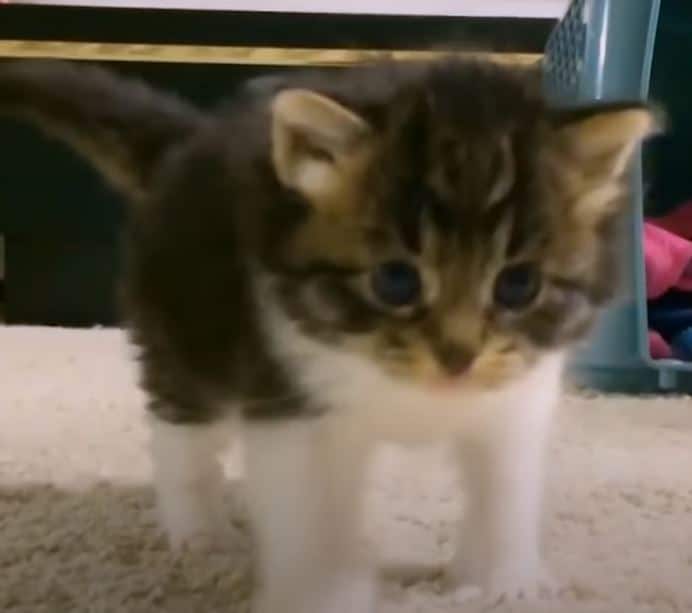 Lilo and the kitten were put together in hopes that somehow the dog could help the kitten. But Lilo did even more than expected. She began mothering the kitten, showering Rosie with love and affection and lots of cuddles.

With Lilo’s love and attention, a few hours after their introduction, they tried to feed the kitten milk. Now comforted by Lilo, the kitten was ready to take her first meal from the Comback Kids, much to their relief. 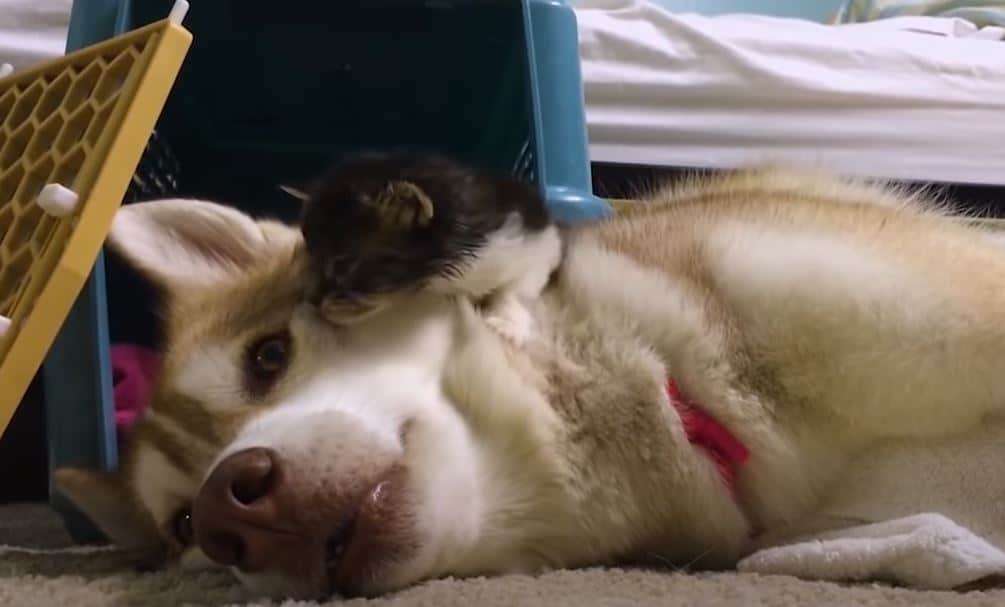 Lilo was dedicated to taking care of the tiny kitten and stayed by her side, not even leaving to eat. The kitten and the sweet pup began forming a very close bond. As the kitten grew stronger, their special friendship only deepened.

At this point, Lilo had become Rosie’s mother and had certainly saved her life. They played together and Lilo let the adorable kitten pounce and play with her. The two were inseparable and clearly adored each other. 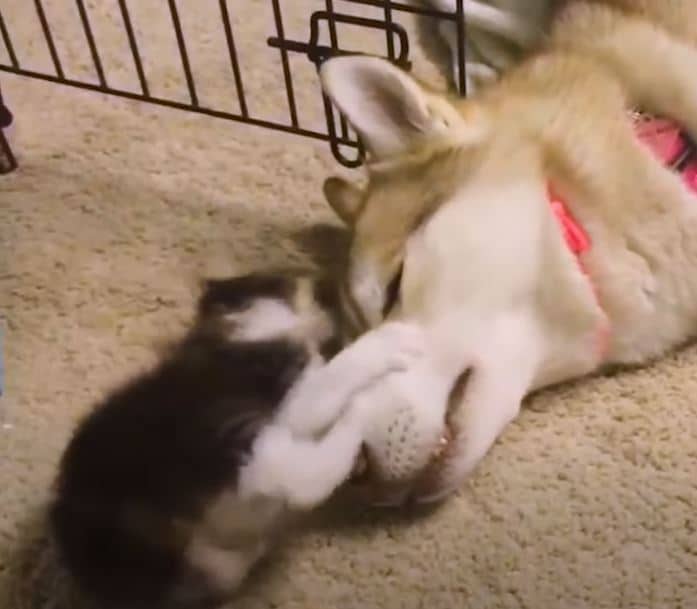 The Comeback Kids rescue many kittens and have a policy of finding them all homes. There are just too many cats to consider keeping them. However, in the case of Rosie, they made an exception for the little cutie because Lilo loved her so much and adopted her.

Now grown, Lilo and Rosie do everything together. Rosie acts more like a dog than a cat and goes everywhere Lilo goes, including kayaking! The two even wear matching shark life vests out on the water and they could not be more adorable. 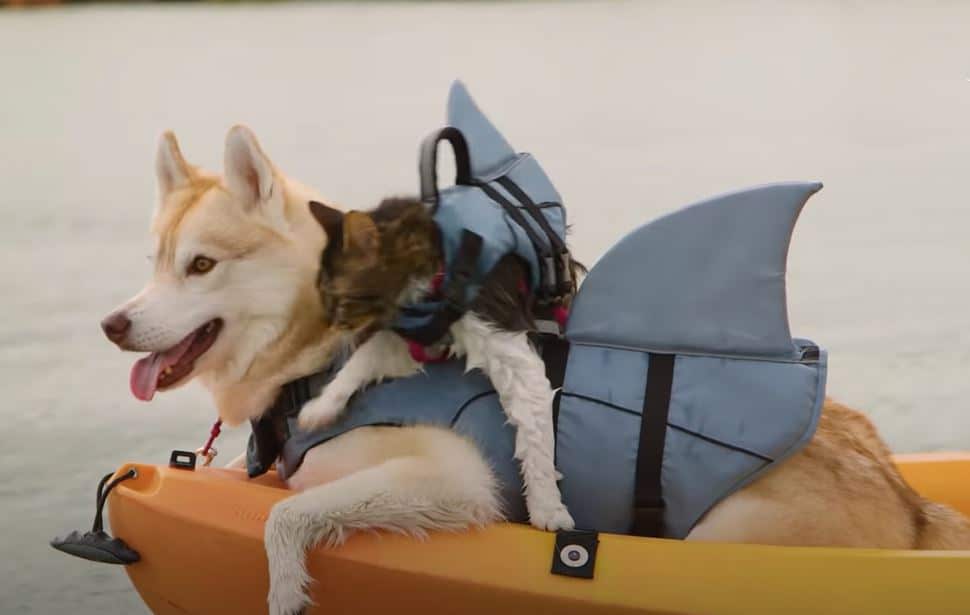 The kitty also walks on a leash, goes on walks at the park, they go hiking together, they swim, and love taking road trips. For these two, life is a fun adventure meant to be spent together. Please pass along the story of their adorable friendship with your family and friends.