As ‘Zeus the Stubborn Husky’ was recovering from a recent surgery, he apparently was also plotting the demise of Roger Rabbit.

His donut collar didn’t slow him down as he lay on his rug and deconstructed Roger.  Mom comes home and see’s him through the glass door.  When she opens it and asks him what he’s doing, he gives a mere glance over his shoulder. 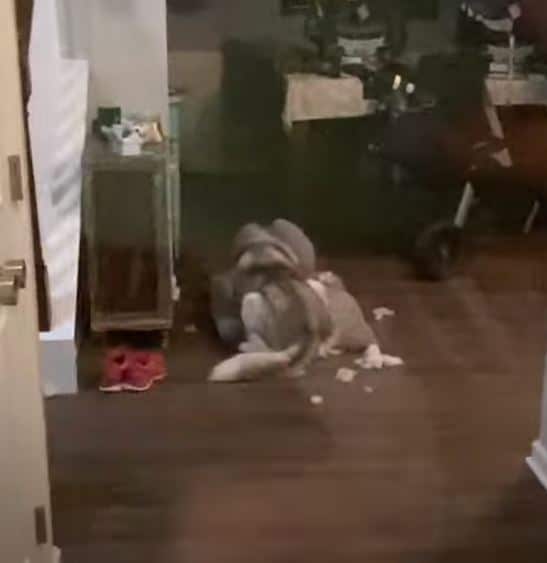 Kaden seems to want to know the answer to that question, too.  He walks around looking accusingly at Zeus, clearing sending a message that he’s not happy over the present situation.

Zeus is surrounded by stuffing trying to look innocent when mom asks him, “what did you do?”   No one is fooled by him though. 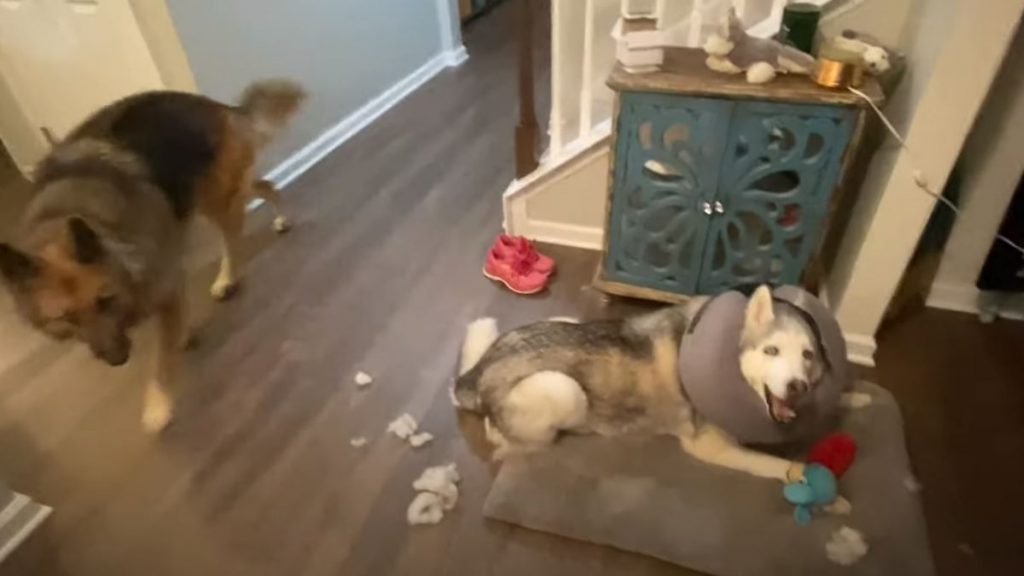 Zeus then starts loudly pleading his innocence but mom and Kaden are still not fooled.  Mom picks of the toy and Kaden quietly takes what is left of it and leaves the room.  We don’t see Kaden sharing his toys again anytime soon. 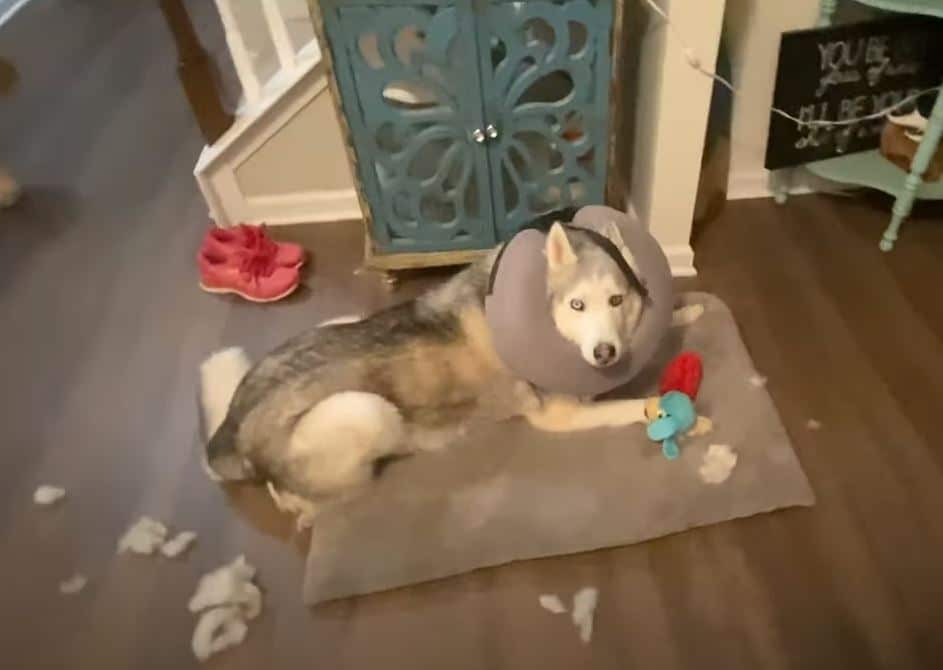 Zeus doesn’t seem to feel guilty at all over destroying his brother’s favorite toys and continues to plead his innocence until the end of the video.  He finally gets up to remove himself from the situation and look out the back door.

Since Zeus doesn’t normally de-stuff his toys, it was a mystery why he chose to destroy Kaden’s rabbit.  But the evidence was all around him and despite his loud protests over his ‘innocence,’ mom and Kaden don’t believe him.

« Soldier Saves A Squirrel’s Life And Now They Drive A Taxi Together
Aggressive German Shepherd Set To Be Euthanized, Changes His Ways After Becoming Best Friends With A Goose »