Service dogs are amazing and save lives every day of the week. But when this service dog led her owner into the woods, it was not her owner she was saving; it was 7 tiny lives that surely would have perished without her.

Banner the 3-year-old Siberian husky is a medical and psychiatric service dog for her mom, Whitney Braley. Banner is a caring dog that helps her mom manage post traumatic stress syndrome and anxiety. 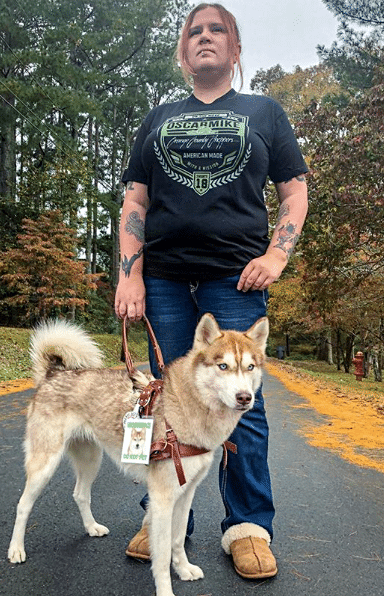 Banner is special and can detect migraines, low and high blood pressure, slow her mom’s heartbeat, and help to remove her from crowds, among other things. Her caring and love make her a great service dog but she also cares about all creatures.

One day when Banner and Whitney were out walking, Banner led Whitney into the woods. Confused, Whitney allowed the dog to lead her to a cardboard box, which the pup began began to circle. 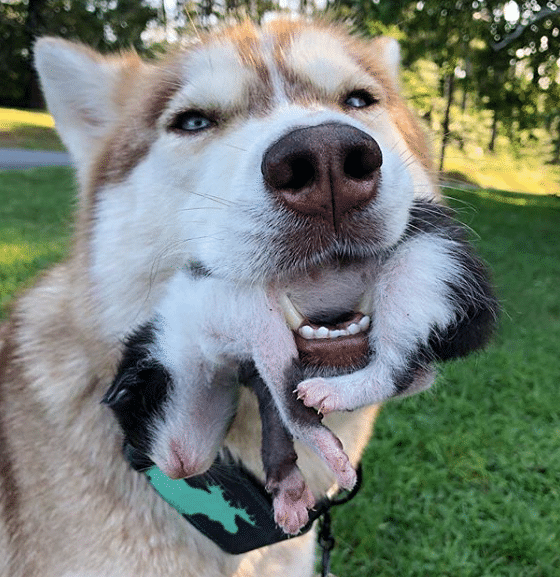 Curious, Whitney lifter a corner of the box and Banner poked her head in and lifted something out. To Whitney’s surprise, it was a tiny black and white kitten that had been placed in the box with 6 of its siblings. 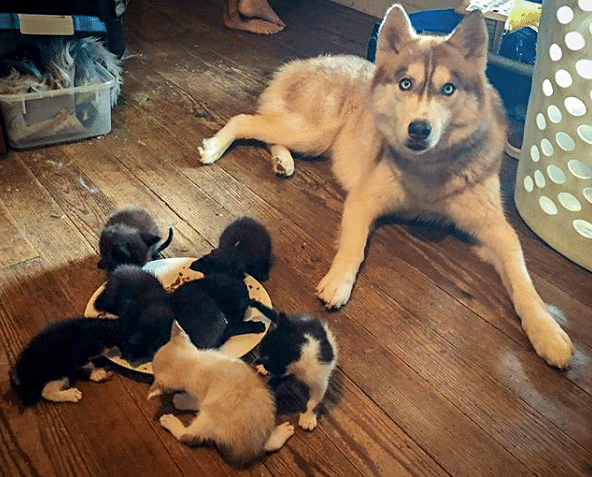 The kittens were silent so Whitney was afraid that they were gone but all of them were alive although very cold. She has no idea how the box came to be in the woods but certainly without Banner, they would have never been found in time. She said:

“I don’t even know how Banner knew they were in there,” Braley told Good Times. “The kittens were freezing and weren’t meowing or anything. She just knew somehow. She is a true hero. If she didn’t find the kittens, they would have all died.” 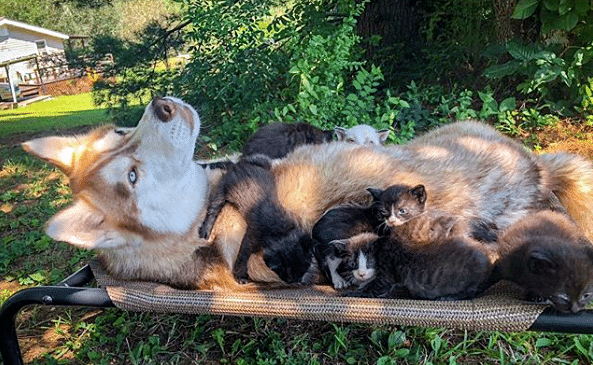 Banner and Whitney took the kittens home and took care of them. Banner became a gentle caretaker and guardian of the kittens, cuddling and taking naps with them.
Thankfully, because of Banner, all the kittens survived and found loving forever homes! Please share this great rescue story with your family and friends. 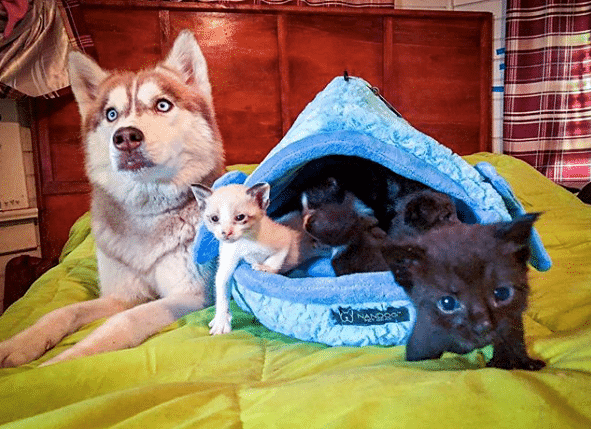