As Officer Christopher Bisceglia from Orange, Massachusetts was carrying out his regular duties, he had no idea that his next call for help would come from a desperate little white terrier.

Officer Bisceglia was on duty when suddenly out of nowhere, a wheaten Scottish terrier ran up to him and began frantically barking. The desperate little dog then grabbed his uniform and began tugging on the officer. 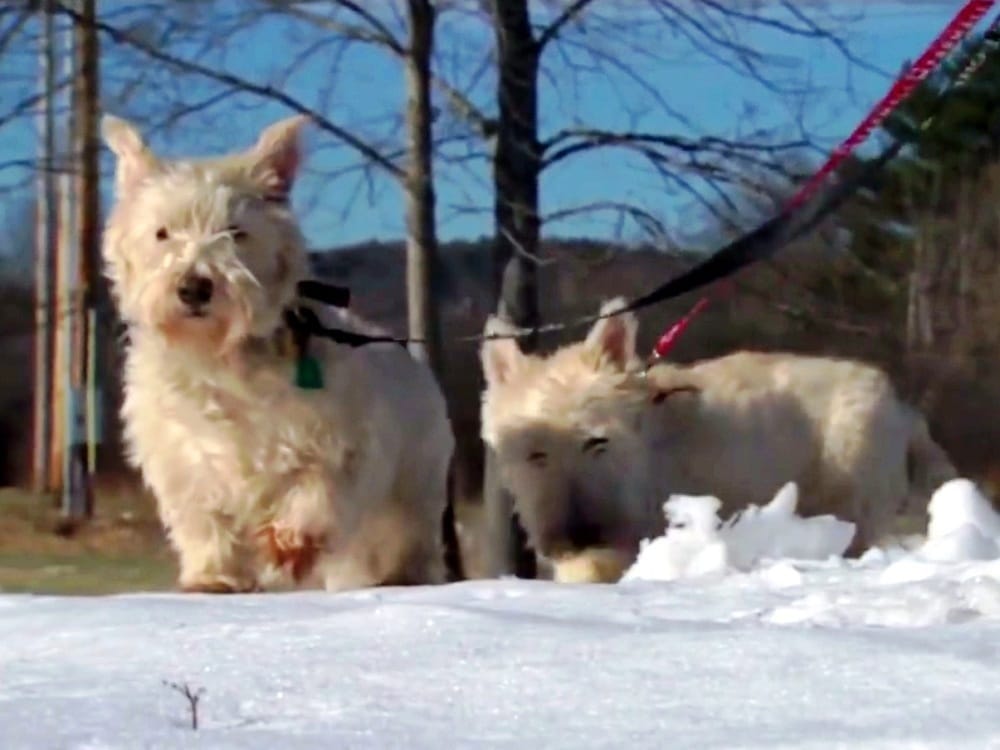 The officer realized that something terrible must have happened to panic the dog to such an extent and began following it. The terrified dog led him across a large frozen field and finally came to a stop atop an icy embankment.

The officer looked down and was shocked to see another terrier trapped and partially buried in the snow. He immediately called the fire department to help the poor cold dog and to save it from freezing to death.

Once the dog was rescued, the officer discovered how the dogs came to be in the predicament they found themselves. Apparently, their owner had been taken to the hospital in an ambulance after a medical emergency and somehow the dogs escaped their home.

Now knowing their names it appeared that Jacques and Annabelle probably got scared and went looking for their owner when Annebelle slipped down the embankment. Thankfully, the quick thinking Jacques got her the help she needed in the nick of time. 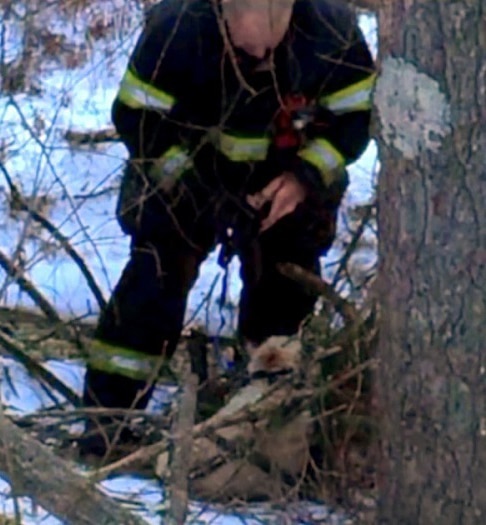 Aside for a few scrapes, Annabelle was doing fine but would not have survived a night out in the freezing cold. Animal control took charge of the little dogs until their owner got out of the hospital and could care for them.

Thankfully all ended well and we are so thankful to Officer Bisceglia and Jacques for saving Annabelle’s life. They are our heroes! Please share this amazing dog rescue story with your family and friends.

Husky Leads Her Owner Into The Woods To Save A Box Full Of Abandoned Kittens
C. Olmstead August 31, 2020
PRIVACY POLICY | CONTACT US | Dog Dispatch ©All rights reserved.