It is said that “an animal’s eyes have the power to speak a great language,” and in the case of this tiny fawn that was being swept away by flood waters, we are sure the helpless creature’s fearful eyes beseeched this brave boy for help. 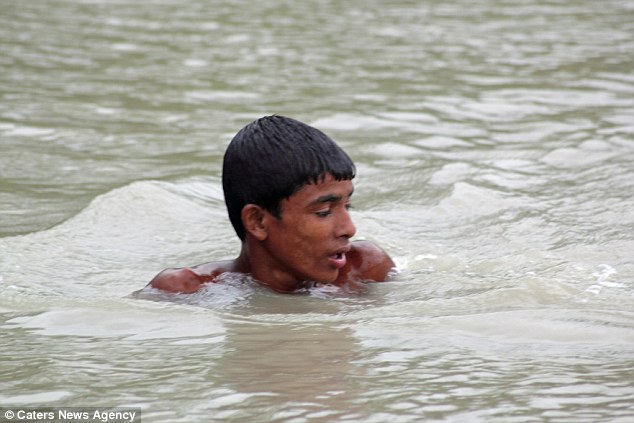 Although we’ll probably never know for sure what prompted the boy named Belal, still only in his early teens, to take the swift action he did to risk his life to save the helpless creature, we can imagine he was moved to prevent the certain tragedy that the fawn was facing unless it was saved. 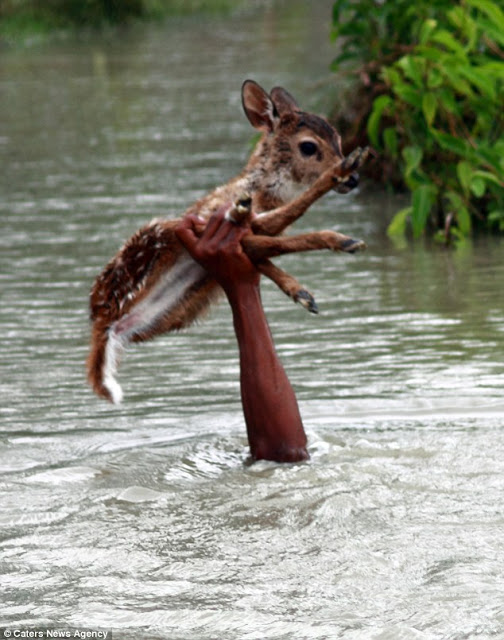 The event occurred after a torrential rainstorm hit Noakhali, a region in south eastern Bangladesh that caused fast rising floods.  Belal saw the spotted fawn being swept downstream in a fast moving river.  His courage apparently overcame any fear he may have had because he dashed into the water to save it. 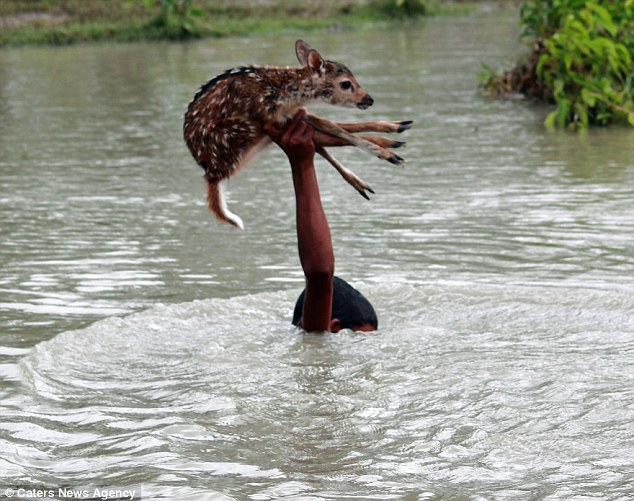 The river was so deep and the water was moving so fast that the boy was also being pulled downstream.  He had to carry the fawn, arm outstretched above his head, at times with his head under the rising water. On lookers feared he would also drown. 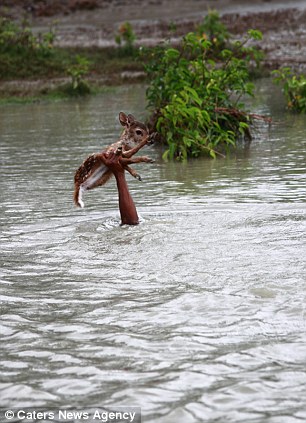 Miraculously he made it unharmed to the other side where he released the fawn in hopes it would be reunited with its mother.  A wildlife photographer named Hasibul Wahab happened to be there to witness the rescue and the pictures he took tell the story. 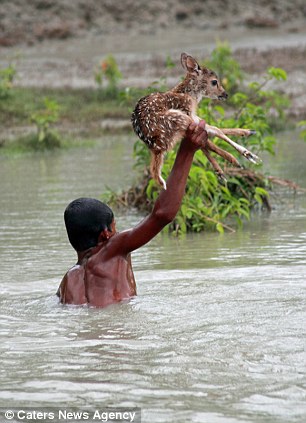 Each year Noakhali experiences a rainy season with flooding and it is not unusual for some deer to be swept away.  However, the locals try do their best to save them.  While we can never advocate risking a human life to run into a flash flood, what the young boy did that day was heartwarming to see. 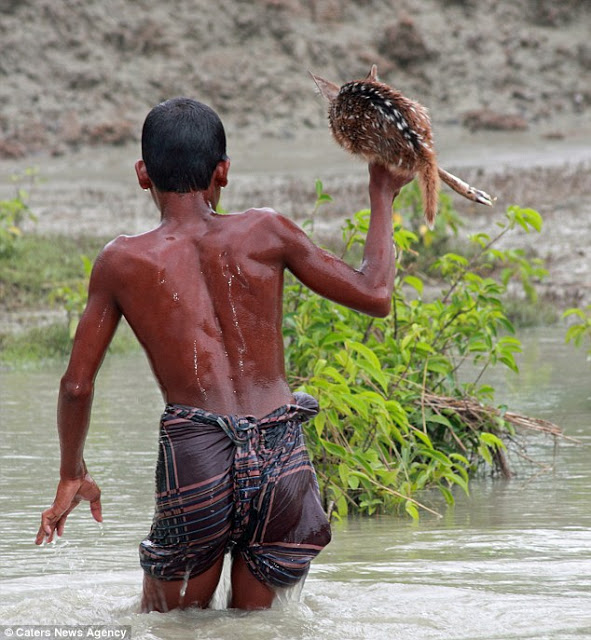 “He was such a brave boy. The river was so full of water and it was a high tide so we thought he might drown. My friend was even ready to jump into the river to save the boy. But he made it, and when he returned, we thanked the boy.  There were only five to seven people to observe this situation but it was a phenomenal sight.” 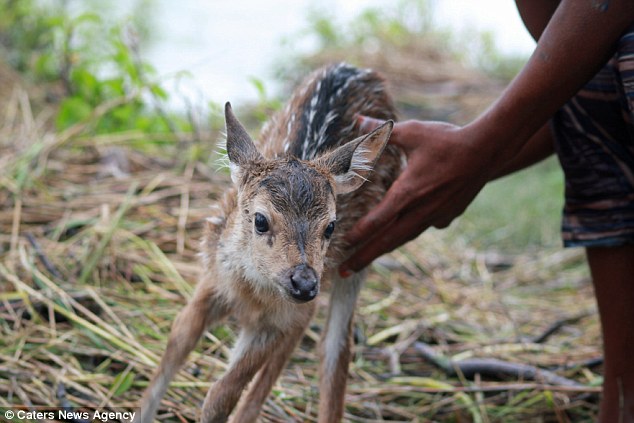 Certainly when we look into the eyes of the rescued deer, the tiny baby looks grateful and relieved.  Eyes truly are the window to the soul. 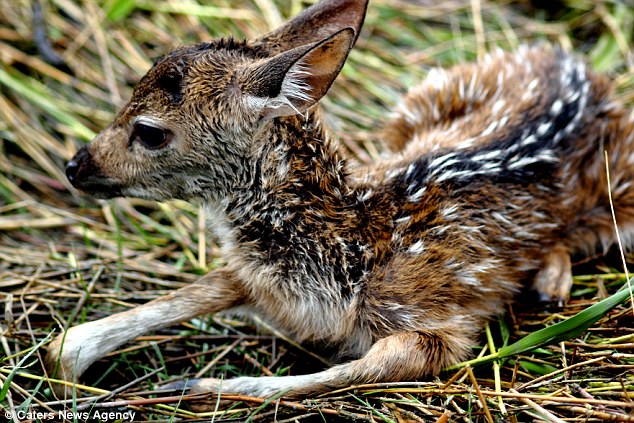 Thank you Balal for saving this fawn; please share his story with your family and friends.

an animal’s eyes have the power to speak a great language, Martin Buber.

« Husky Runs Out Of Water, Mom Listens To His Disapproval
Professional Baseball Player’s Post About What Dog Ownership Means To Him Goes Viral »