Not all heroes wear capes, some have fur, which makes them all the more special.

When this tender hearted golden retriever saw a fawn in serious trouble, the brave dog sprang into action, saving its life.

Storm was at the lake with his owner when he spotted a fawn struggling out in the water. Without giving it a second thought, the dog jumped right into the lake and swam out to the fawn. 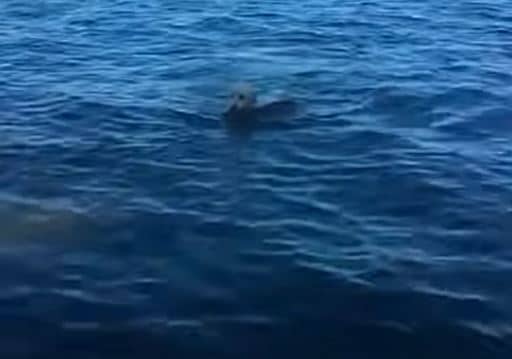 While his owner took this video from the shore, Storm grabbed the fawn and began swimming it back to the safety of the shore. Once reaching knee deep water, the dog continued to carry and drag the fawn to dry land. 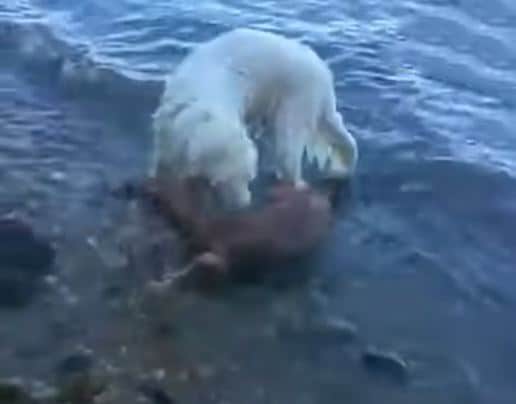 Not content to let his efforts stop there, sweet Storm continued to lick and nudge the fawn as though trying to revive it. His owner had to convince Storm he did a good job and now he could leave the exhausted fawn alone to recover. 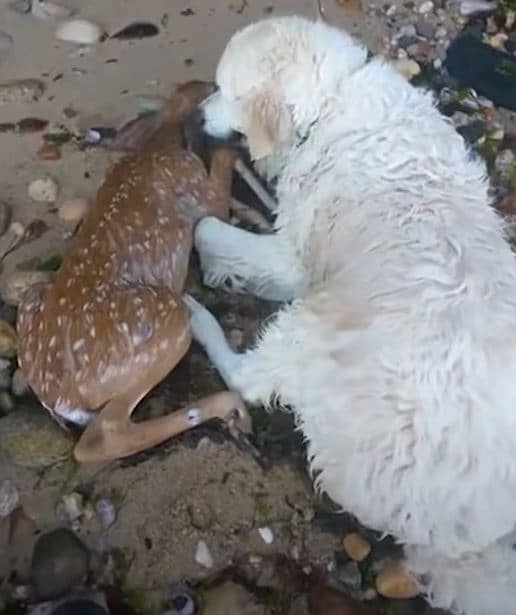 Worried over the baby, wildlife rescuers were called in and when they arrived, the scared fawn ran straight back into the lake. Thankfully, one of the rescuers rushed right in to save it, for a second time that day. 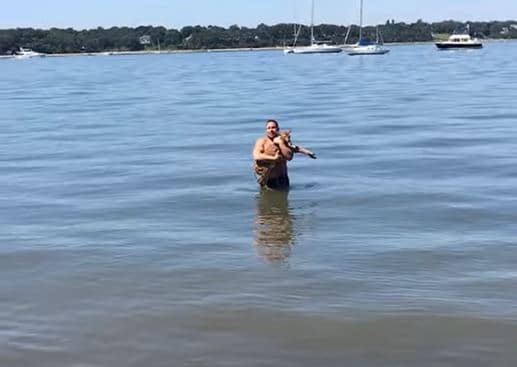 Not willing to take another chance with the baby, rescuers took her to a wildlife refuge where the fawn would be safe until old enough to be on her own. We’ll never know what happened to her mother or if she perhaps was on the other side of the water but it was clear the fawn was too young to safely swim across.

Thankfully, she had a fur covered guardian angel that day who was not about to let her drown. What a good dog Storm was. We hope his owner gave him a special treat. He certainly deserves it and much more.

Please feel free to pass along this heartwarming video to your friends.