Nobody likes to go to the doctor. But imagine you think you’re going someplace fun and then you arrive at your annual physical instead. It would be like one of those weird dreams where suddenly reality strangely shifts.

That was for Thor on this day. It started out all fun and games. He was so excited to be going somewhere with his owners that he couldn’t stop looking out the window, happily anticipating where they might be headed. 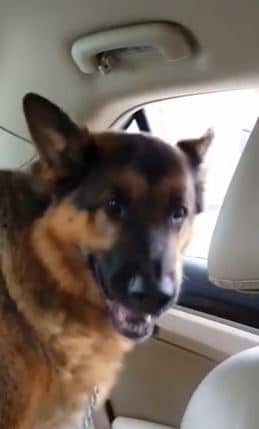 Will it be the dog park? A hike? A playdate with a furry friend? Even better, a burger?

He’s wearing his leash so he certainly thought wherever they were going it would be fun because he’d be getting out of the car and having an adventure. You can see the excitement on his face as he watches the world go by but then, everything changes.

Before your eyes, you can actually see his expression transform from delight to concerned disappointment. What?! “I’ve been duped,” his body language seems to say. Mom then says, “we're here, Thor.” But it’s obvious he’s already realized it… 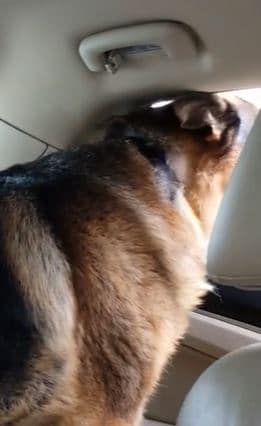 They’re at the vet….clearly not his favorite place

His parents get out of the car and open the back door for him but Thor isn’t having it. He’s not getting out of the car. Nope. Mom even tries to reason with him and tells him they’re not leaving and dad offers a treat. Thor doesn’t budge.

Dad coaxes some more, temping the pup, “come get the treat.” At some point, Thor must have decided not to fight it anymore because he finally gets out of the car like the good boy he is. 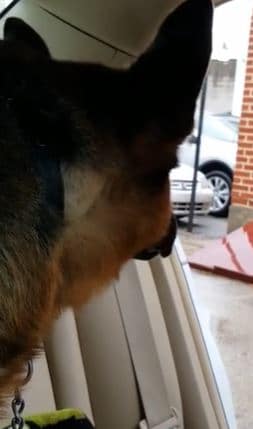 We don’t blame Thor one bit for not wanting to go to the vet where the needles are. We hope his visit went well and that he got to have that burger on the way home. Please share this adorable video with all your friends.