Another sweet chapter from the unusual animal friendships book, here’s a cute story about an adorable ferret and a German shepherd who become best friends.

Diana Grib, has always dreamed of owning a ferret and a dog at the same time. Her dream came true last July when a ferret named Pacco came to live with her and her 2-year-old German shepherd, Nova. 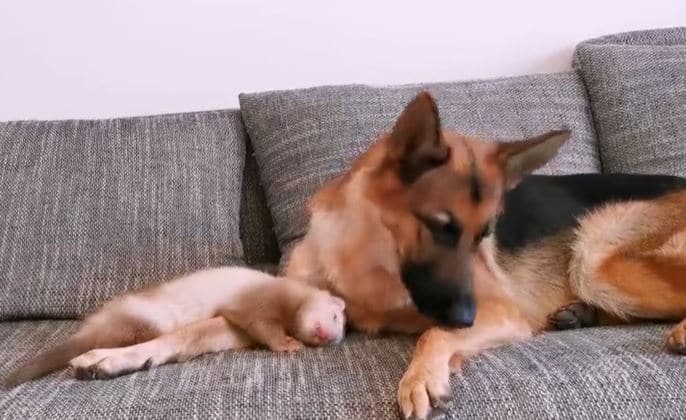 When the 11-month-old Pacco joined the family, it was obviously meant to be! The dog and the ferret quickly became best friends and now spend all their time playing together, including cuddling up together, too.

And, cuddle is what they love to do! These two cuties like to snuggle on the couch and the bed. They love to nap together and watching them nestle up close together under their soft blankets is enough to turn your heart into a puddle. 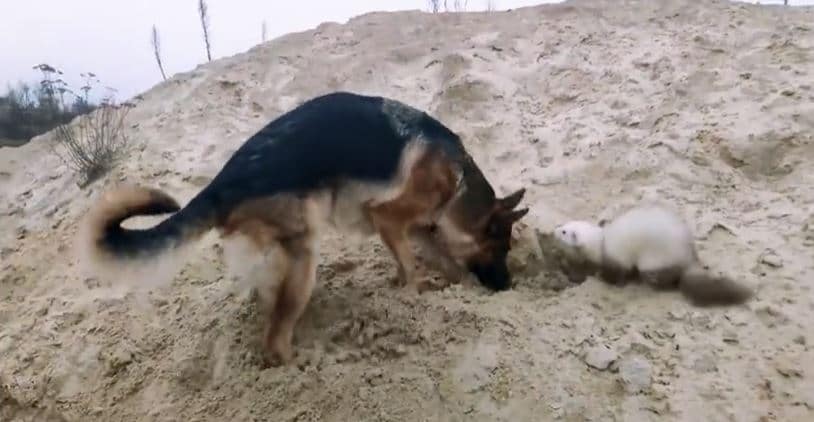 But they’re not all snuggles and cuddles. These two also like to rough house, wrestle, play outside, and did holes - the more holes the better. If you didn’t already know that Pacco was a ferret, he acts so much like a dog, you might mistake him for one.

The two pals also chase birds at the pond and go on lots of adventures together. They climb stairs, go sightseeing, and take walks in nature. There’s probably nothing they don’t like doing together. 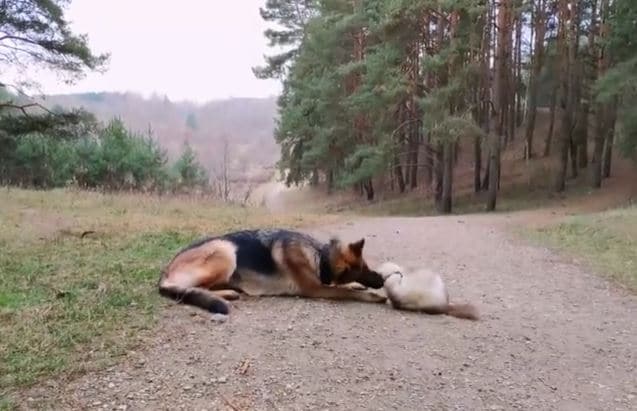 On really great days, they get to go to the pet store and pick out yummy treats and toys. And, after all their fun, they need good nutrition so they even share a plate of eggs. It’s the cutest thing ever to watch them, side-by-side, sharing their food like true best friends.

The only thing cuter than watching them snuggle with mom is roughhousing and playing hide and seek on the couch. They’re so hilarious, you can’t help but laugh as you watch them steal each other’s toys just like little kids. 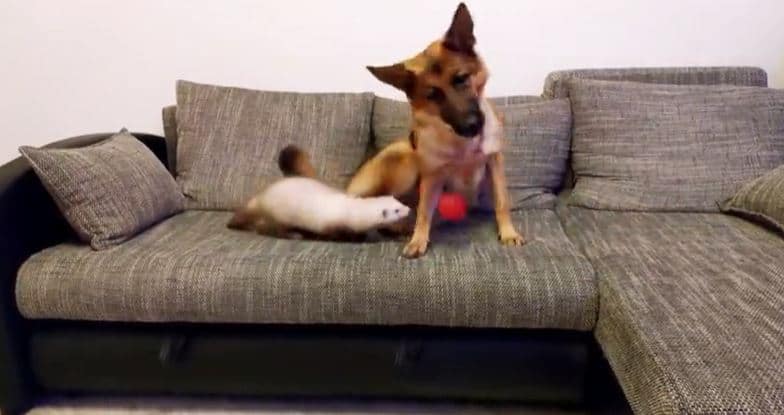 You just will not be able to get enough of this adorable German shepherd and ferret friendship. Please pass it along to your family and friends.