Huskies are notorious for being very vocal but this animated guy just may win the prize for his trying to work over grandma.

Siberian Huskies are known for being mischievous, outgoing, and loyal. They are a working breed that is also very opinionated and are not afraid to tell you what they think. Smart, athletic, and sweet, they make adorable fur friends and love to spend time with their family. 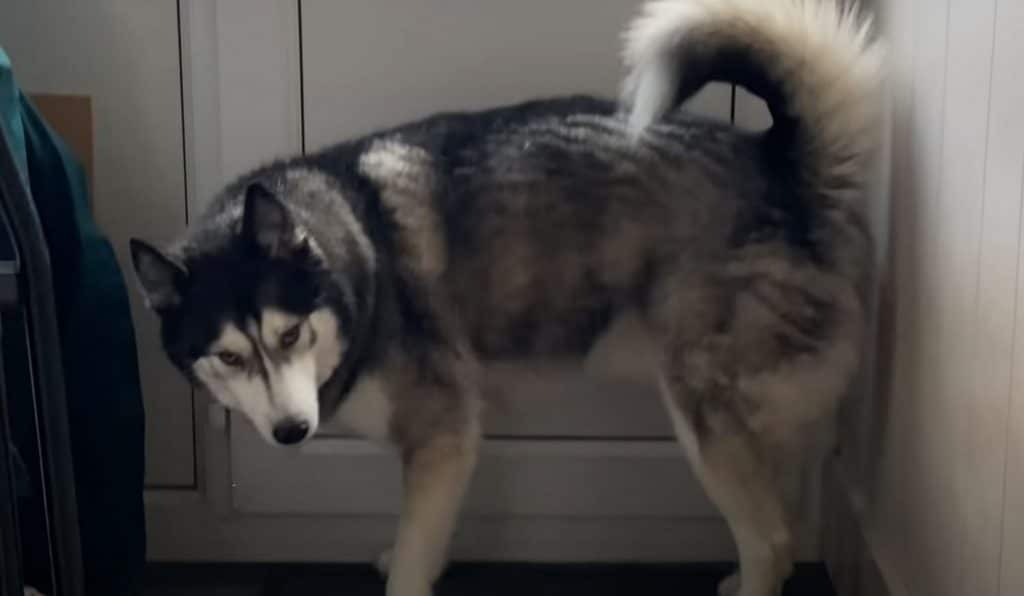 In this video, this funny pup named Key is trying to work his magic on grandma but she’s on to his antics. The burly husky is trying to talk grandma out of a biscuit but she’s not going to just hand him a treat.

The argumentative Key tries his best to talk her into it but grandma insists that he sit first. He doesn’t sit…of course not. Rather, he lays down on the floor and continues to plead loudly for the treat. Is his laying down deliberate or not? We’re not sure but it is flipping hilarious! 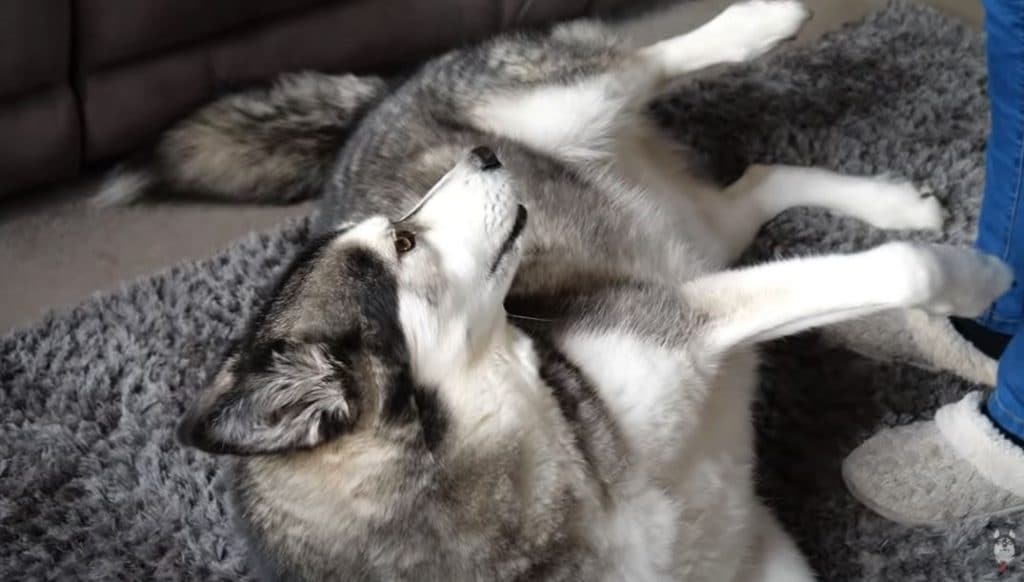 Listen to him ‘talk,’ it sounds like he’s telling his grandma “no” and “I’m hungry.” When grandma tells him he has to sit, it sounds like he says, “I don’t!” Such a sassy puppers!! Finally, he gets a biscuit and he takes it so cute and gentle.

In the middle of his ramblings, he suddenly goes to the door and listens. This funny pup is just too much to handle. He’s so funny as he stands frozen, ignoring grandma and fur mom and he listens to what only he can hear going on beyond the cat door. Not even the promise of a biscuit can get his attention now. 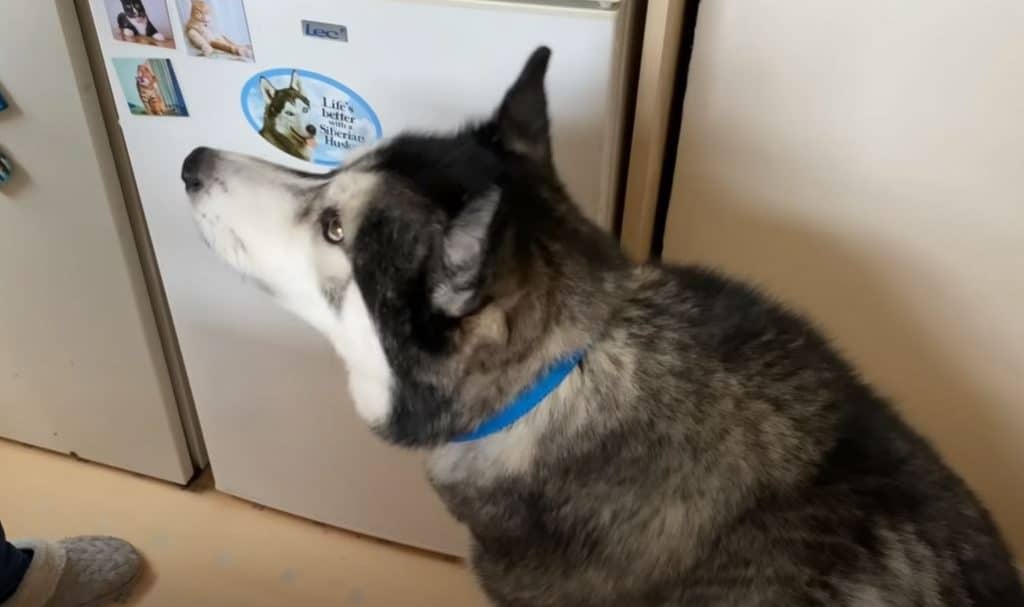 Finally, he’s done listening at the door and returns to grandma for more snackies. Like a good boy he sits this time and forgets to ‘beg’ for his treat. When the cute guy is done eating his biscuits, he settles in for some belly rubs and he is about the cutest thing ever.

This pup has certainly got his family wrapped around his paw and is loved and adored by them. He’s one sweetly spoiled pup just like all furries deserve to be. And you can tell because in the middle of his scratchies, he sends grandma off to the kitchen for more yummy biscuits. 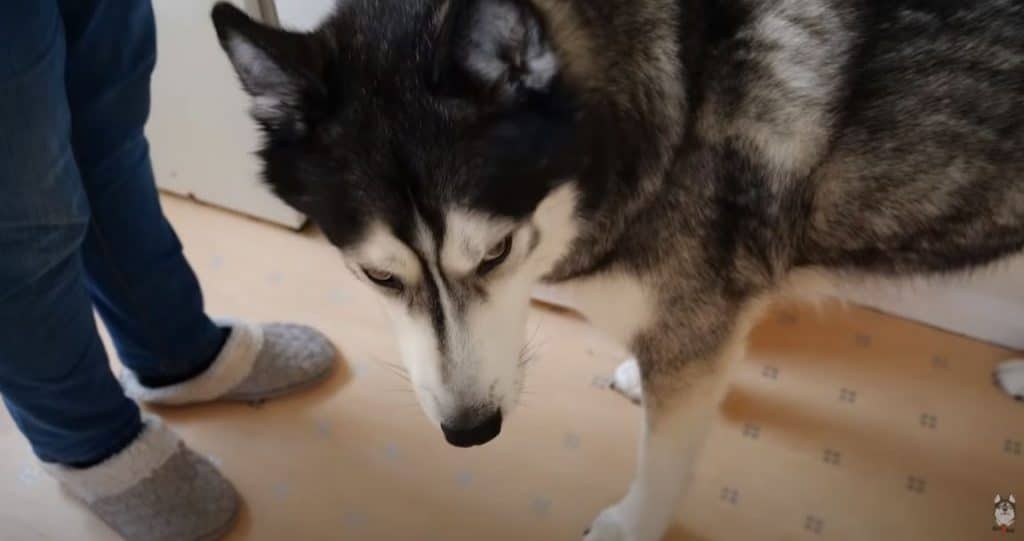 Enjoy Key the Stunt Dog then pass along this cutie to your family and friends.