Kai rests in the pool while the four ducklings ferry themselves around him seemingly without a concern in the world.  He’s super tender with the ducks and is enjoying the ‘pool party’ as much as the ducks are. 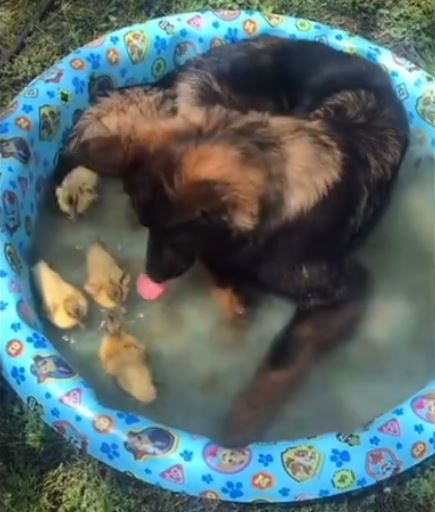 As the ducks swim around, he attentively watches them and even nuzzles them as they float by.  One fuzzy little ducky even swim under his chin as the other duckling dive, splash, and play in their fun blue lagoon.  Kai even sneaks in a kiss or two.

The breeder says that Kai has been really good with the ducklings.  He’s quoted as saying,

“We bring him around them daily to help get him used to them and teach him to be gentle.” 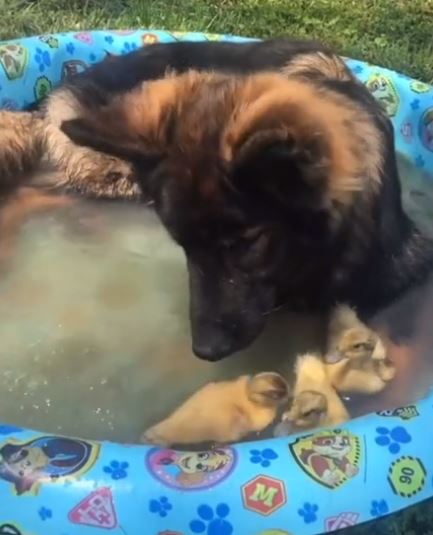 Apparently his lessons are working because both dog and ducks appear very relaxed and the ducklings show no signs of fear whatsoever. We’re sure that Jakoba German Shepherds is proud of their beautiful boy and we thank them for sharing this sweet video.

Please share their adorable pool party with your family and friends.

« Dog Delivers Groceries To His Neighbors During The Coronavirus
A Dog Never Dies, He’s Just Sleeping In Your Heart »