Although we often hear stories of mailmen being afraid of dogs or of dogs attacking mailmen, clearly this does not apply to UPS drivers. On a specific route, a UPS driver does his deliveries armed with a stack of dog cookies. One of his regular customers owns a Golden Retriever. With their goofy, playful personalities, it’s no surprise that this particular dog was the recipient of many of the UPS driver’s cookies. The driver was in for a shock when he forgot cookies one day.

His disgruntled doggy pal decided to take matters into his own hands and while the driver was delivering the package to the door, the sly Golden Retriever jumped into his UPS truck! He drove around for a good part of the day before the driver realized that he had a stowaway. He was promptly returned to his owner, who thought that the whole situation was hilarious. He took to reddit with this cute and funny “dog shaming” post. He put a sign around the dog’s neck that said “The UPS man forgot to throw me a cookie, so I snuck into his truck and took a ride around the neighborhood. He had to deliver me back to my house.” Other reddit-ers chimed in with their funny dog shaming stories. Do you have a hilarious dog story? 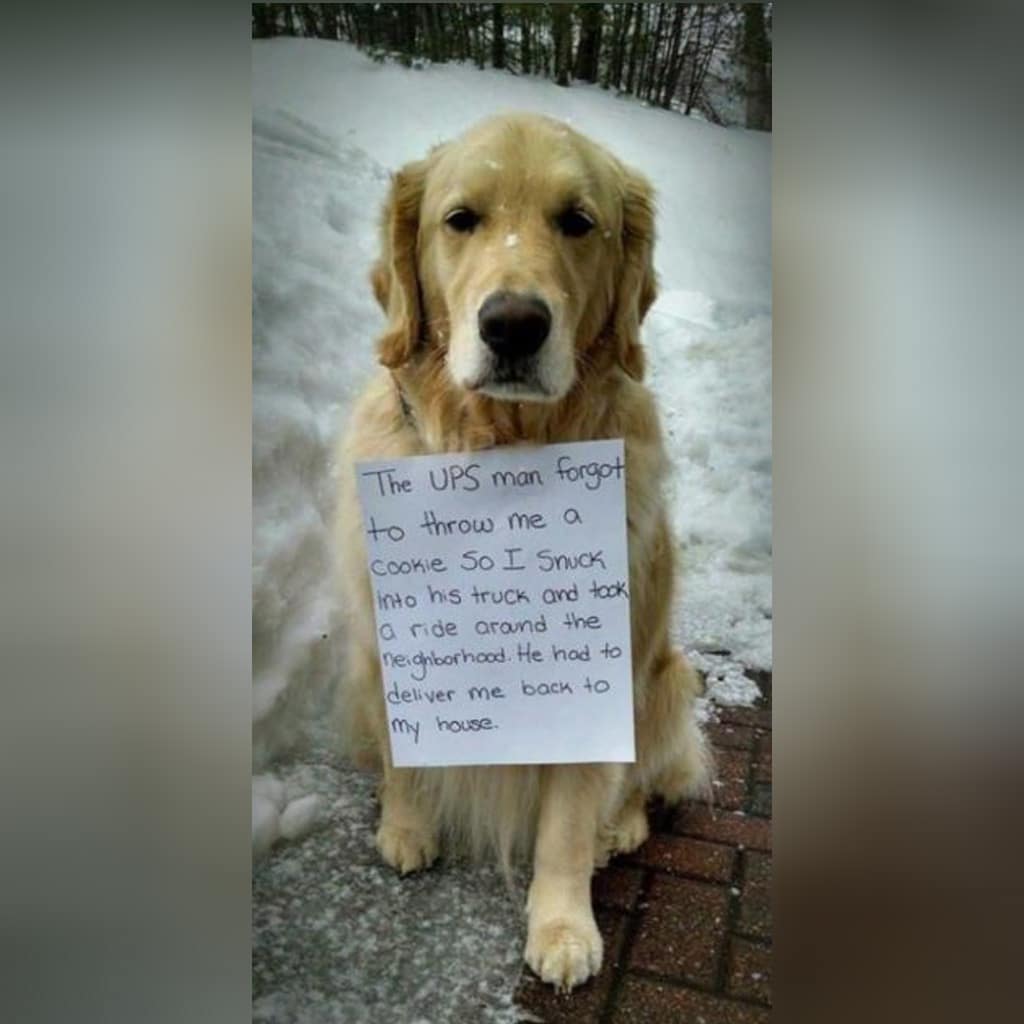 « Two Dog Brothers Get Into Heated Argument Over Nothing Before Making Up With A Kiss
Watch What Happens When This Owner Tries To Share The Sofa With His Husky! »