A person riding by on a motorbike heard a puppy whining after spotting a dog crossing the road. Concerned, they turned around to investigate. By the time the motorbike was parked, the puppy had stopped whining and it took a while to find it. Luckily, the puppy was found. It was stuck under a rock pile and it is unknown if it was purposely trapped or if it got itself trapped. Either way, the puppy was in need of help. 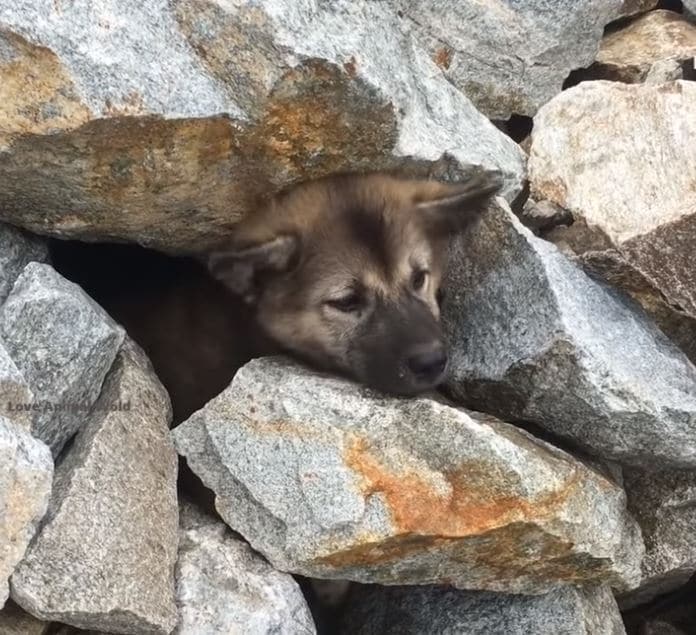 The only issue with the seemingly straightforward rescue was that the puppy was terrified and lashing out. Feeling over matched for the task, the good samaritan called a friend to bring whatever snacks she had on hand to try to lure the puppy out.

When dogs are frightened, they often won't take food; especially from strangers. The decision was made to risk getting bitten to free the puppy. Fortunately, the puppy and its rescuers were unharmed during the process. 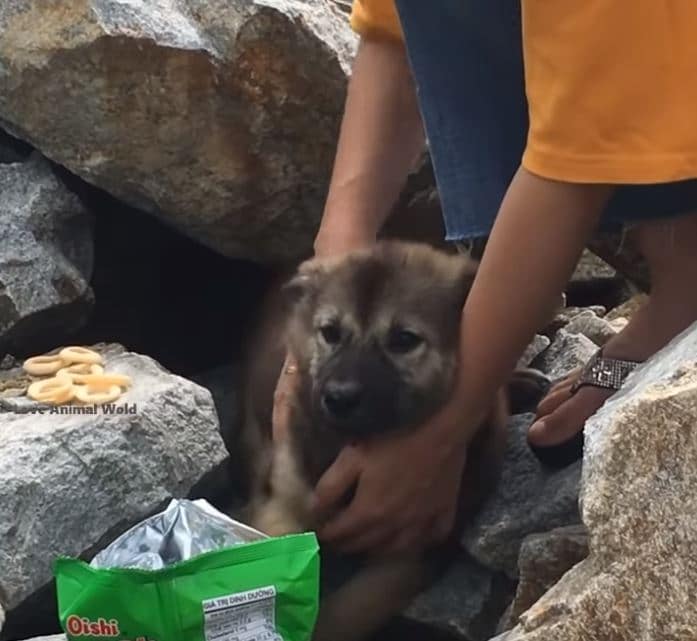 Once freed, the puppy seemed to calm down and its rescuers were able to carry it to the motorbike to be taken home. There is a language barrier, but it sounds like the person who originally found the puppy decided to keep it and that the puppy itself has been getting accustomed to family members in the home. It's also stated that the dog is much healthier and stronger than before after a little food and water. 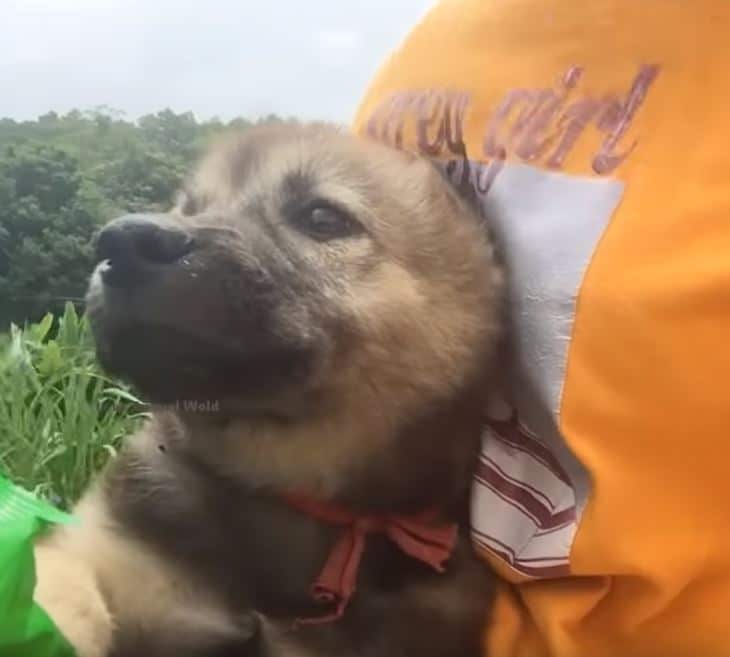 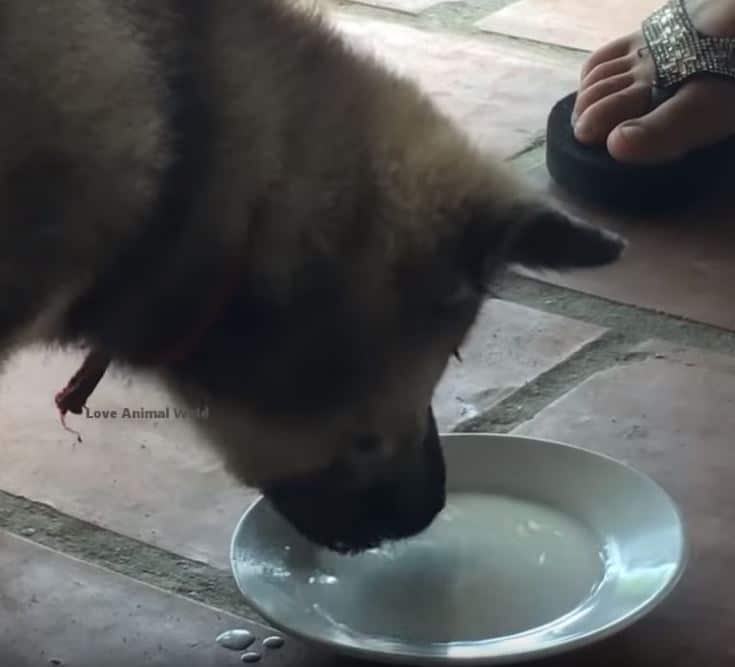 We hope you enjoyed the video and wish the puppy and its new family the best. Please like and share!