Dog And Cheetah Are Still Best Friends Years After Meeting As Babies Their story warms my heart.

If you’ve seen all the dog-and-cat relationship videos that we have here on Rumble, then get ready to meet the ultimate canine-feline relationship! Meet Raina and Ruuxa, a Rhodesian Ridgeback and a cheetah, who’ve been together since they were babies, practically making them siblings.

Ruuxa means “spirit” in the Somali language and the big cat lives up to his name. Raina, which means “guardian”, among other meanings, really took to caring for her odd little brother, especially since Ruuxa was battling with a genetic disorder. He has a valgus deformity, where his front legs were growing faster than they should, cause them to deform. 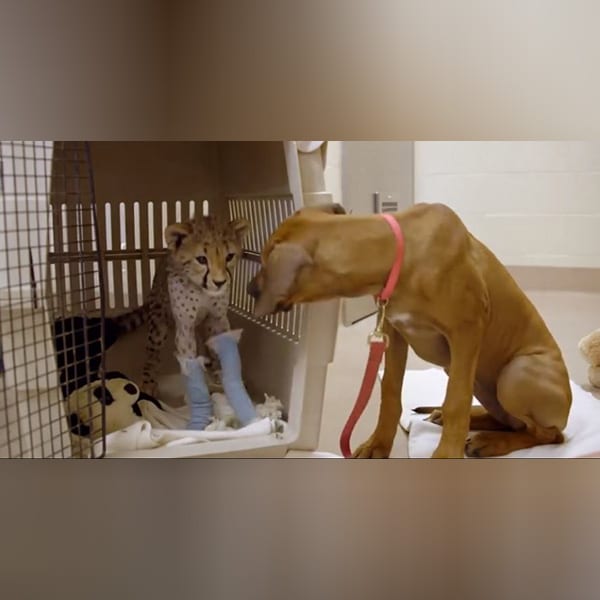 Ruuxa was lucky enough to have had the support from San Diego Zoo Safari Park veterinarians and after a surgery for his abnormalities, he is able to tackle his sister like her equal.

Cheetahs are born blind and rely heavily on their mothers in the first few months. If the mother doesn’t have enough milk, she will abandon her young to the mercy of the predators. That is why Ruuxa has relied on his sister and she was by his side during the entire surgery!

Today, young Ruuxa is a happy and healthy young cheetah with all the energy in the world and zero limitations. This is certainly in part to the enormous support he received from his best friend Raina.