A man sits on the floor with his two dogs, a Dachshund and a Chihuahua. The Chihuahua is off to his side, and he is looking directly at the Dachshund when he says, “Roll over.” 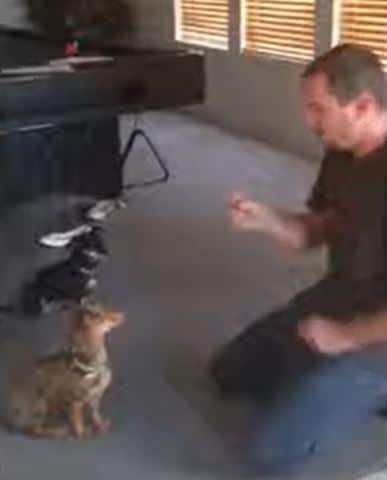 The Dachshund looks at Dad like he’s grown a second head, while the Chihuahua rolls over and stares at the treat that he believes he’s earned. 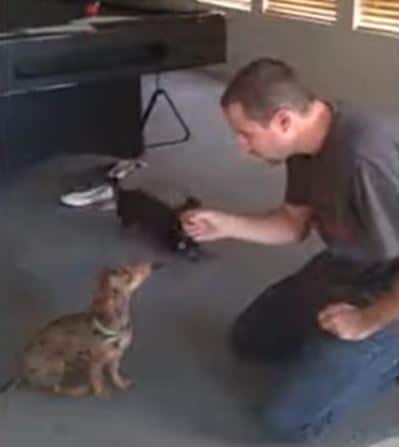 Again and again, Dad asks the Dachshund to roll over, but it’s the Chihuahua who obeys until he’s rolled himself all the way over next to his dad’s side! 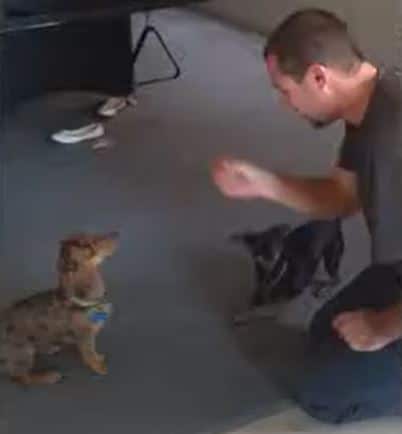 Hopefully the Dachshund eventually learned how to do the trick from watching his older sibling, and hopefully the Chihuahua eventually got a treat for being such a good dog! 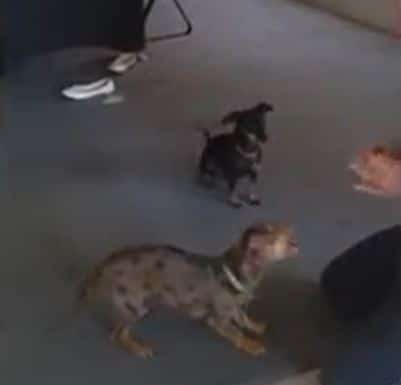 Did you have trouble training more than one dog at the same time? Let us know in the comments! And be sure to share this video if it brought a smile to your face.