You have probably heard of the talking cockatoo. In fact, most of the bigger birds can imitate sounds and phrases they hear most often in their household. Take Einstein the talking parrot for example. That bird is so advanced in his communication skills, he can ask for his favorite snacks, like popcorn and pizza, he can shower his owner with affectionate word of love, he can even sing nursery rhymes!

Not all parrots are like good old Einstein, but most of them are able to imitate the sounds of other animals. And if they have grown accustomed to another animal in the house, they will most certainly learn their language in order to communicate with it!

Brandy here is only a distant relative to Einstein and she has been living with her humans for the last 31 years. When they brought home Chou Chou the pooch, the bird gave her best shot at learning the dog’s language, because this is a new member of the family and communication is a must. The two have been housemates for the last two years as Chou Chou has been around and Brandy has become a sort of expert in dog language. 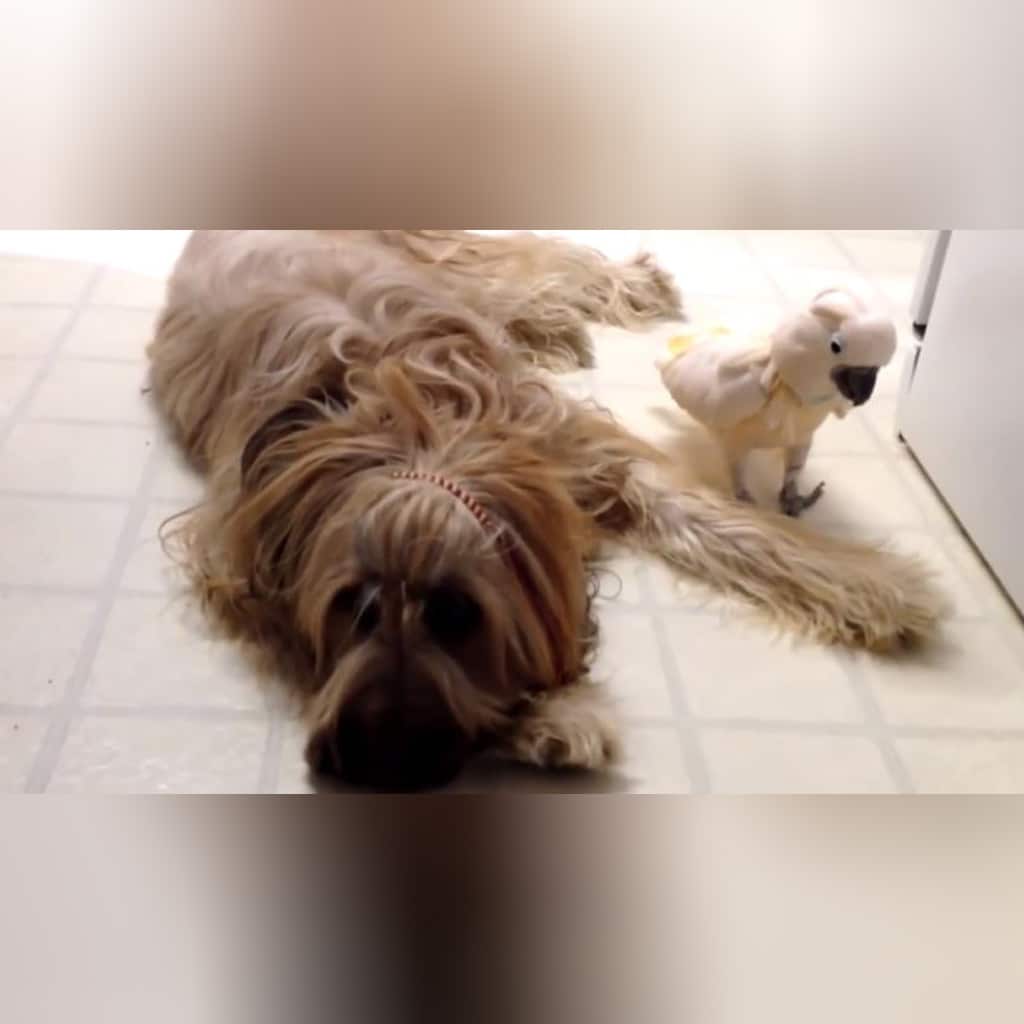 Whenever Brandy wants to get attention from her housemate, she approaches the dog carefully and smacks her beak. When that doesn’t work, she takes introduction to a whole new level - she barks at Chou Chou!

We can’t say whether or not Chou Chou understands Brandy’s bark. But they seem to get along just fine for now.